Teaming up with Reflex Fox, today Komoe Technology Limited announced the upcoming launch of its brand new, card-based, idle adventure game, Figure Fantasy. Figure Fantasy tells the wildly imaginative story of a group of figurines who awaken in the land of humans. As the player, your job will be to take control of these characters and guide them on an amazing journey through the miniature world.

The game promises an exciting unboxing gameplay mechanic in which over one hundred types of figurine can be collected, each with their own brands, designs, and skill sets. By claiming idle resources with just a single click, players will be able to enjoy the game’s quest lines whilst expanding their collection of figurines with complete ease.

Whilst actual gameplay footage is yet to be released, Reflex Fox has stated that it has used the latest physically based rendering software to bring its figurines to life with realistic textures and 3D lighting effects (if it looks anything like its trailer then we’ll certainly be in for a visual treat!). The game is also set to feature a cast of over sixty voice actors to ensure every character sounds, as well as looks, completely unique. 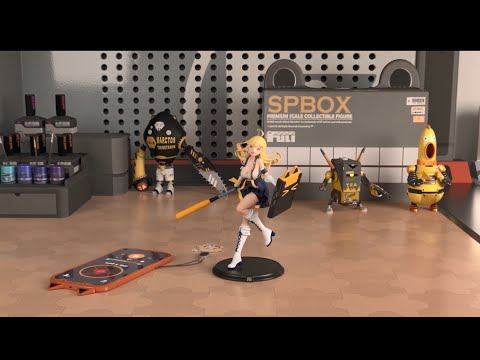 Figure Fantasy has just entered pre-registration on both App Store and Google Play where sign-ups will receive a plethora of rewards, including 10 Rare Blind Box Coupons (10x draw coupons). Visit the pre-registration section of the games official website and social media page for the latest information.

What's A Preferred Partner Feature?
From time to time Steel Media offers companies and organisations the opportunity to partner with us on specially commissioned articles on subjects we think are of interest to our readers. For more information about how we work with commercial partners, please read our Sponsorship Editorial Independence Policy.
If you're interested in becoming a Preferred Partner please click here.
Next Up :
Blue Archive's An Unconcealed Heart story event is now live