Eldorado: Make Money By Playing Games All Day (Because You Can)

Treacherous sea voyages, battling the elements of nature, and beastly fiends lurking in every corner - you don’t have to embark on a perilous journey in search for the City of Gold, because Eldorado.gg will give you access to all the gold you’ll ever need.

Gamers of all genres are no stranger to the grueling grind that you often have to make just to score the best in-game loot or bonus goodies. But thanks to Eldorado, the online in-game currency marketplace, that elusive piece of ultimate weapon from World of Warcraft to Final Fantasy XIV will finally be within easy reach - or in the case of sellers, you can actually get paid real money for all your virtual hard work.

Essentially, Eldorado oversees player transactions as a secure space for gamers to trade in-game items, currencies, and accounts. Over the last decade, they’ve helped players trade safely without fear of getting scammed, contributing to the thriving economy of gaming currencies the world over for a mere 5% commission on currencies and 10% on accounts and items - that’s a small price to pay for your peace of mind.

Whether you’re a hardcore fan of Clash of Clans or an ultimate pro at Rocket League, you can beef up your account and sell it for a competitive price. And if you don’t want to lose your mind over repetitive collection missions or painstakingly leveling up, you can just buy the best account for your favourite game from the list of available offers on the site. 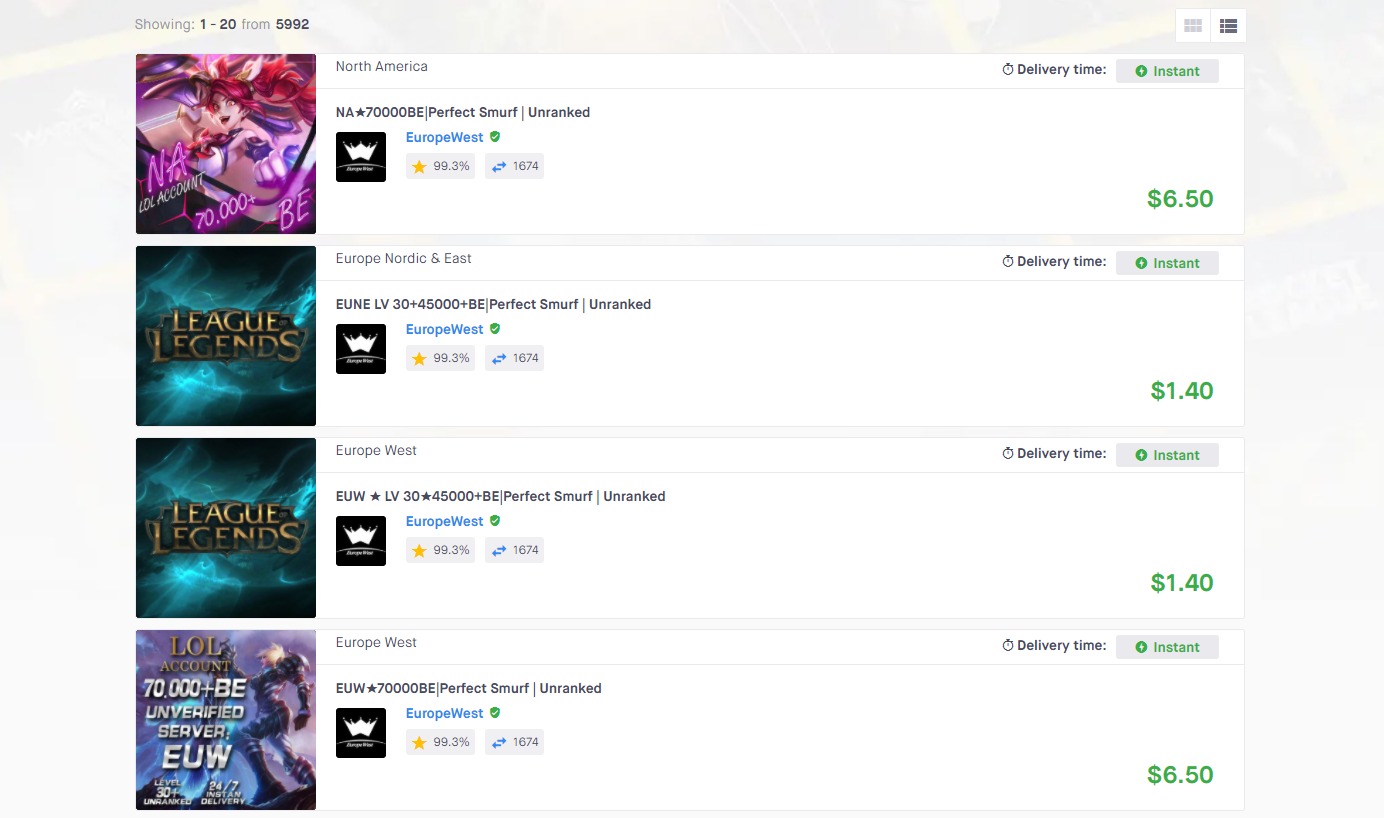 How does Eldorado work?

For buyers, the automated system provides you with the best deals for whatever you’re looking for. After taking your pick among the items, accounts, and currencies you want, you can make an order and coordinate with the seller using the secure Live Chat system. You can also agree on the Delivery Methods for the purchase, as well as “Raise a Dispute” when things don’t go your way.

For sellers, you need to make sure you’re not scammy so you can score good ratings and boost your trustworthiness on the site. To further protect the credibility of the transactions, Eldorado has a TradeShield system in place, as the site puts the payment on hold until both parties are satisfied with the transaction. Users will also need to confirm their identity through ID verification for an added layer of security.

There’s also such a thing as Boosts, where players can basically outsource the grinding and leveling to another player. You can pay someone else to do all the hard work for you - and on the flip side, you can actually make money playing games for someone else (take that, naysayers who ever told you that gaming isn’t a “real job”).

It’s also a relief for users to know that the Eldorado chat system is properly encrypted, so delivering all the necessary account information there puts your sensitive details in good hands. It’s important, then, for users to transact only within the Eldorado chat to make sure that there won’t be any bogus deals for everyone involved. If you’ll ever need to change email addresses, make sure that you take advantage of the secure end-to-end encrypted communications when providing the confirmation information needed, such as the login username, account password, and security questions.

Games on the online platform include Fortnite, Valorant, RuneScape 3, EVE Online, Counter-Strike: Global Offensive, PUBG Mobile, Call of Duty: Modern Warfare, Genshin Impact, League of Legends: Wild Rift, Mobile Legends, and so much more - so go ahead and start making money on Eldorado by playing games from sun up to sun down today.

What's A Preferred Partner Feature?
From time to time Steel Media offers companies and organisations the opportunity to partner with us on specially commissioned articles on subjects we think are of interest to our readers. For more information about how we work with commercial partners, please read our Sponsorship Editorial Independence Policy.
If you're interested in becoming a Preferred Partner please click here.
Next Up :
Heroes of Crown: What to expect from Woobest Game's 3D idle RPG