FarmVille 3 has launched in Japan for iOS and Android

In November 2021, Zyna released FarmVille 3 for iOS and Android, the latest entry in the popular series. Although it launched in most countries at the time, Japan was an exception. Since then, Zynga has worked on the localisation for the Japanese version, and now it is available in the country for iOS and Android.

Japanese fans do not have to worry about missing any content that has arrived since launch either. All current and previously available content is available at launch, meaning players can catch up to the rest of the world without too much issue.

Discussing the recent release, Bernard Kim, President of Publishing at Zynga, said: “With millions of global downloads since its worldwide launch, FarmVille 3 will delight new players in Japan with the same fun and excitement that fans around the world have come to enjoy. We’re excited to welcome a new global audience to experience raising lovable animals on their farm in one of Zynga’s most iconic franchises.” 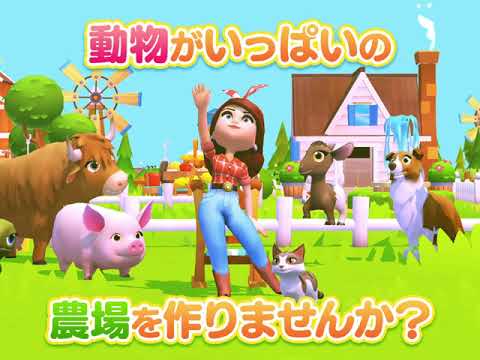 If you've—somehow—not heard of FarmVille 3, it is the latest entry in Zynga's successful series. It sees players creating an animal farm from the start. They will need to breed various animals, including Emus, Cows, Peacocks, Hogs, Turkeys, and more. Each provides different farm goods like eggs, milk or wool that can be sold or traded.

Outside of raising animals, players can design their ranch to their liking by choosing different decorations, building types and outfits. They will also need to grow crops, which involves some strategic planning. FarmVille 3 provides a weather forecast so players can look to plan their harvest around the conditions to get the best yield.

FarmVille 3 is now available in Japan on the App Store and Google Play. It is a free-to-play game with in-app purchases.

Looking for free tokens and gems in FarmVille 3? Check out our codes article
Next Up :
Albion Online adds new mount, special shop items and more in latest Rites of Spring Event

Farmville 3 codes for free tokens, gems and a variety of other items (June 2022)

FarmVille 2 and 3 are celebrating Easter with limited-time goodies, special in-game events and more