It's set to run until February 20th

Zynga Inc, the folks behind the popular FarmVille series, has announced the Valentine's Vows event to celebrate this particular time of year is underway. The event is set to run until 20th February, giving players plenty of time to gather the various items on offer.

It is a collection event then, which will see players tackling six extensive crafting tasks. Completing them will net players a series of rewards alongside helping to prepare for the upcoming wedding of the farm's dream couple, Sweet Sophia and Doting Daniel. 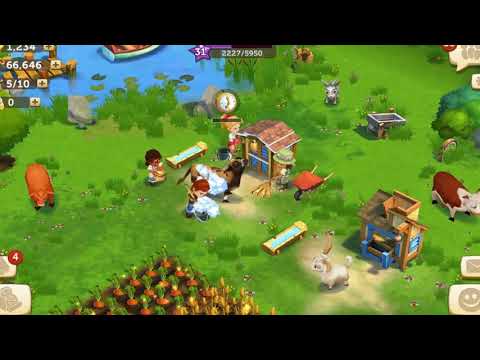 During the event, players will need to collect a mixture of Keys, Padlocks and various other rare items. In addition to this, they will also be able to bag themselves a special temporary farmhand, who will stick around for 30 days, as part of the marital celebrations.

They added: “This brand new event holds a collection of rare items and farmhands that we know fans of this game will love to discover as they complete the challenges leading up to the big day!”

If you're unfamiliar with FarmVille 2: Country Escape it's a spin-off to the exceptionally popular FarmVille series. It sees players completing a mixture of crafting, harvesting, collecting, nurturing and exploring tasks. It's been downloaded a heck of a lot since it first released with over 50 million downloads on Google Play alone.

FarmVille 2: Country Escape is available now over on the App Store and Google Play. It's a free-to-play game with in-app purchases.

Looking for more farming games to live out your agricultural dreams? Here are 15 of the best available right now for Android phones and tablets
Next Up :
Marvel Future Fight’s Dawn of X update adds new super hero uniforms and improvements to conquests and battles