However, to help speed up the process, the studio is seeking $20,000 on Indiegogo.

The funding will be put towards the translation work, testing on non-Japanese devices, and the costs of advertising the game in western countries.

A homage to classic JRPGs, Fantastic Boyfriends has you playing as a male hero as he's summoned to Midearth to save it from a demon king.

"As if your hands aren't full enough," writes Lifewonders, "you’ll also be forming bonds and falling in love with characters such as a fierce horned ogre, a monk skilled in magic, a rough Adventurer’s Guild master, and a dragon in the form of a man." 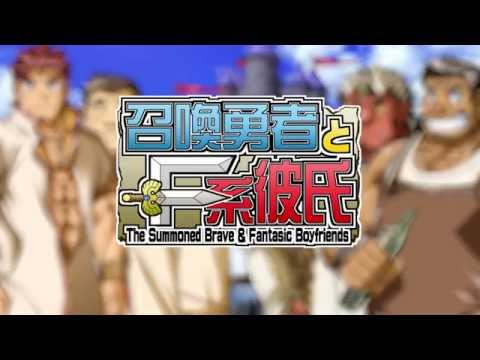 Fantastic Boyfriends is primarily aimed at gay men but Lifewonders hope it has appeal to, well, everyone.

The studio says it wishes for more LGBT-friendly media and aims to be the change it wants to see. Part of this is trying to reach as many players as possible hence the upcoming English version.

As said, if you want to support the game you can do so on Indiegogo. Note that none of the rewards offer the game itself. Instead, on offer are illustrations, visual books, the soundtrack, and even tapestry.

The Japanese version of Fantastic Boyfriends is already available to download for free on the App Store and Google Play. You can find out more about it on its website.