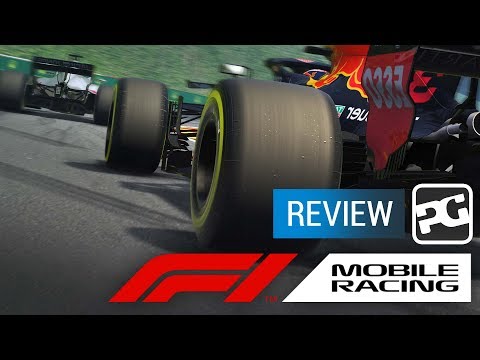 Subscribe to Pocket Gamer on
Finding the right balance is key when it comes to making mobile games. You can build the most interesting experience in the world, but if you get your save points wrong and players keep losing progress because they have to put their phone down, you've definitely gone wrong somewhere.

Which is what makes F1 Mobile Racing so intriguing. It tries to bridge the gap between the casual and the hardcore, offering short-blast races that you can tailor to your own skill level. Sometimes it works really well, but other times it falls a little short.

A lot of that's down to the slightly wonky matchmaking, which will hopefully start to change now the game is out across the world. As it stands though, the game's got a great idea, it just needs to work on getting that idea out there.

As you might expect from an F1 game bearing the Codemasters logo, F1 Mobile Racing is an impressive looking beast. The tracks are recreated pretty much perfectly, and there's the full roster of drivers from the current season too.

But you're not playing as any of them. Instead you're playing yourself, building up a car as you go, and racing against other players from across the word. You upgrade your car with cards you receive for beating other people. These take a while to unlock though, and speeding them up costs currency.

Essentially it means the metagame surrounding your driving is going to be instantly familiar to anyone who's ever played a midcore game. It's very Clash Royale, but for the most part it works pretty well. The game augments that meta with some more interesting ideas as well, which are designed to entice more advanced drivers. 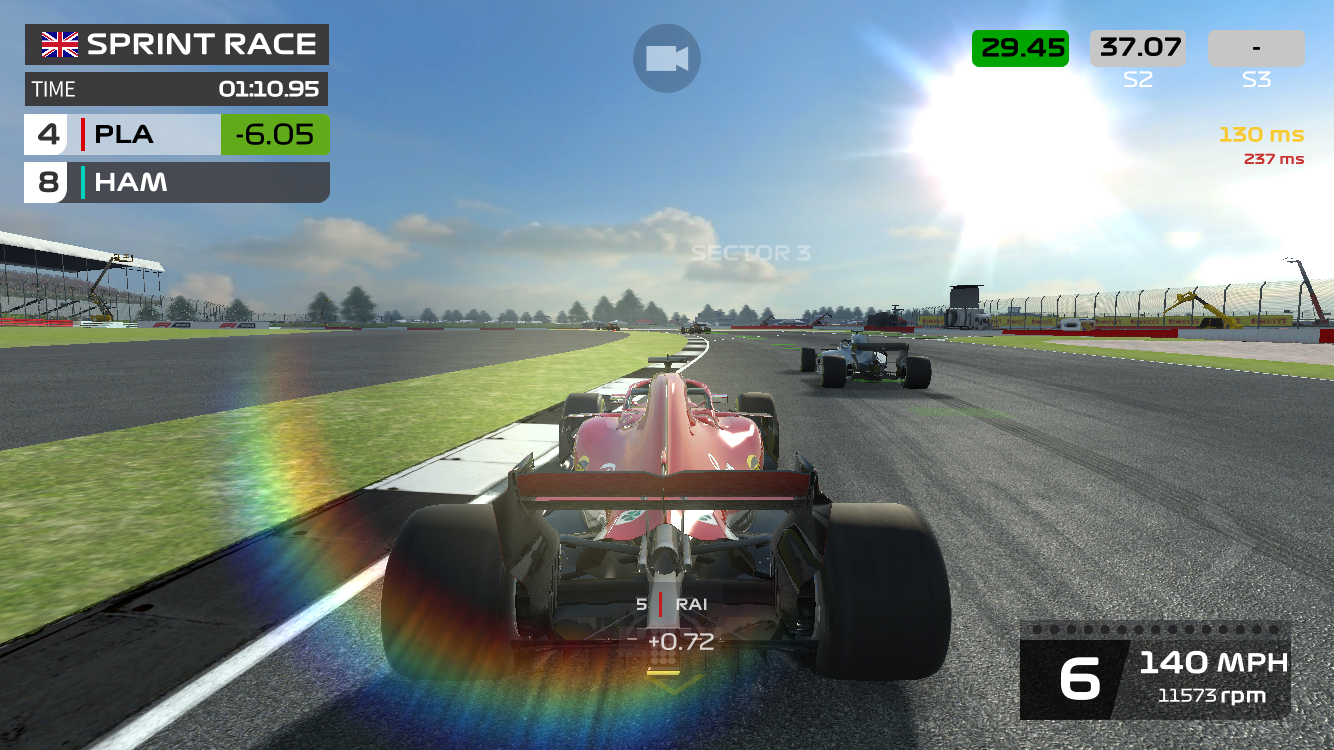 To start with all of the driving assists are turned on and you can choose whether to use touch, tilt, or a combination of the two to control your car. You can alter the driving assists whenever you want, upping the difficulty if you're on the lower settings, or making things easier if you keep smashing into the walls.

When you're not on the racetrack you can customise your car, adding the new components you earn from races, or just playing around with the look of it. Never underestimate how enjoyable it is to change the colours of digital things.

There's a single player option too, where you can race against just AI opponents. It's fine, but it doesn't have the edge that racing against other people does. Look at it is practice for the tracks or corners you're not familiar with, rather than the core of the game.

F1 Mobile Racing certainly has some big ideas, but not all of them come off quite how it hopes. Matchmaking isn't brilliant, and sometimes you'll find yourself getting beaten by opponents who just have more powerful vehicles than you do. We had a couple of matchmaking crashes during our time with the game as well.

It's not the end of the world, and when everything works the way it should you'll end up with one of the most brilliantly portable racing games that we've seen on the App Store in a good long while. It's just that things don't work the way they should all the time, and when the only way you can progress is by winning duels, that can be massively frustrating.

This is a valiant attempt at doing something different, and with games updated all the time nowadays, it wouldn't take too much for it to win the race rather than crashing out just before the finish line. Pick it up, give it a go, but be prepared for the sort of annoyances that could well put you off the game before you get too deep into it.

F1 Mobile Racing sets out to make a game worthy of its name, and it almost manages it
Next Up :
Otaku's Adventure mobile review - "A truly bizarre love triangle"

F1 Mobile Racing is set to receive a 2020 Season update in May bringing the latest cars, drivers, circuits and more