At gamescom 2016, I got the chance to try out CCP's selection of upcoming VR titles. Some were better than others, but all were pretty awesome showcases of what VR is capable of. 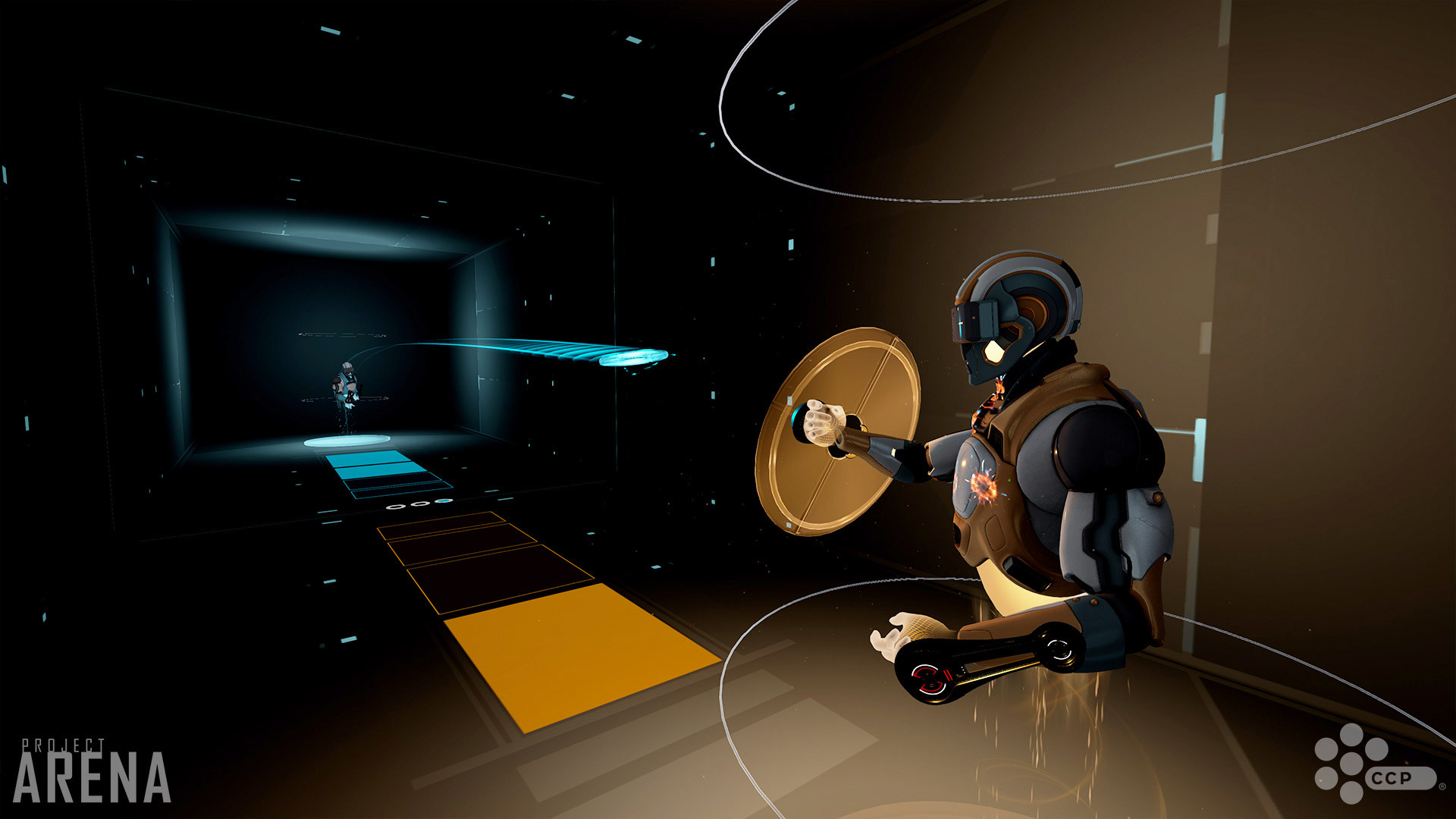 Imagine Wii Sports, but in VR. You hold the HTC Vive controllers and throw a virtual dodgeball at another human player, while you can also bat your opponent's projectile back at them.

Dodging virtual reality balls while swapping your light shield from arm to arm by pulling the triggers feels like you're in the coolest sci-fi film ever, and is probably the most enjoyable VR experience I've had.

Valkyrie is developed by CCP's Newcastle studio, and is the most well known of the company's VR offerings.

You're in a ship and you shoot and it's... cool, but the fact your ship moves about means it's easy to forget than you can also use your head to look around - I often ended up just staring straight ahead and using the sticks to move, which defeats the point of VR.

Gunjack was better than Valkyrie as it keeps you stationary, so you remember to actually, you know, look at stuff.

Enemy ships get pelted at you, you can grab powerups, and it has some badass cannons.

Though it is weird to look down and realise you're a mecha-pilot!