Evan's Remains lets you solve puzzles to search for a missing boy, out now on iOS

Evan's Remains is a puzzle platformer infused with visual novel elements, out now on iOS. Developed by Matías Schmied and published by Whitethorn Digital, the pixel art game is shrouded in mystery - and it's up to the player to uncover the truth about a missing boy Evan through progressively difficult puzzles.

In Evan's Remains, you'll play as the mysterious girl Dysis on the search for an equally mysterious genius boy Evan. The intriguing narrative moves forward only when the player solves from two to three puzzles. New mechanics are introduced as the story goes on, and players will have to flex their brain cells to figure out what to do next in order to overcome the difficulty curve. 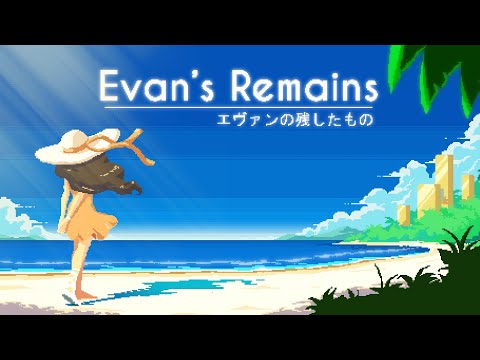 The game was nominated for “Best PC Game” and “Best Game for families” at Eva Cordoba in 2018, and it won second place in “MPVP”, which is a mentoring project by the Argentinian Videogames Developers Association (ADVA). It was also selected to showcase at The Mix (GDC 2019), as well as at Courage XL (GDC 2020) and at Indie Mega Booth (GDC 2020).

If you're curious to see how the gameplay of Evan's Remains goes, you can take a sneak peek at the embedded footage above to get a feel of the game's vibes. The visuals do look stunning, and the cryptic story piques curiosity.

You can also head on over to the game's Steam page, join the community of followers on Twitter to stay updated on the developer's latest news, or download it from the iOS App Store at $3.99 or your local equivalent.

Are you on the hunt for more games on your mobile device that will put your leaping skills to the test? Why not take a gander at our list of the top 25 best platformers for iPhone and iPad (iOS)?

Next Up :
The Walking Dead: Survivors adds Caroline Harper, the Queen of the Dead, and more in Season 2 update