R2Games' turn-based RPG Eternal Fury has just launched its massive 3.3.1 update, welcoming the God of Thunder himself into the fantasy title. The latest update to the strategic turn-based RPG also features a new Goddess, a Class Change functionality, plus the “Goddess Awakening” feature to name a few.

Eternal Fury is kicking things up a notch with a nifty gift code you can redeem for awesome in-game goodies: 88G3SG. This includes a Rare Experience Scroll, which will provide players with leveling XP to boost their progress in the game. 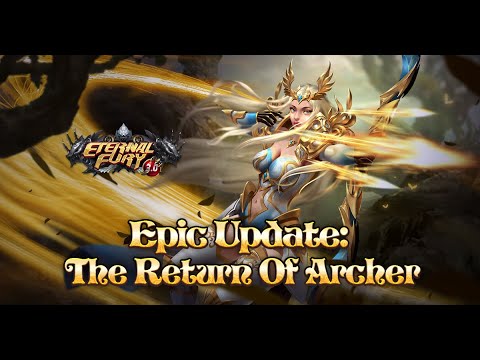 In particular, the massive content update now lets players switch between classes to give everyone a chance to test playstyles. For instance, you can take a sneak peek at the gameplay footage embedded above to get a taste of how the Archer class works. Thor, the newest UR Hero, is also joining the fray, along with the Frost Goddess.

Meanwhile, the new "Goddess Awakening” feature can boost Divinity regeneration including Initial Divinity, Divinity Crit, and Anti-Resistance stats for PvP players. On the other hand, the “Goddess Heart” feature can increase Elemental Damage like Fire, Frost, or Earthen. Finally, character stats during combat are now determined by the deployed Goddess' stats.

If you're eager to join in on all the festivities of the latest update, you can download Eternal Fury on the iOS App Store and on the Google Play Store for Android devices. It's a free-to-play game with in-app purchases. You can also join the community of followers over on the game’s official Facebook channel, or head on over to the official website to stay updated on all the latest developments.

Want more RPGs to play on your mobile device? Why not have a look at our list of the top 25 best RPGs for iPhone and iPad (iOS)?

Next Up :
Ninja Chowdown lets you race across town to save a stolen donut, out now on Android following its iOS release

Win yourself a free gift code for Eternal Fury H5