The event will only be around for three days

Small Giant Games, a subsidiary of Zynga Inc, has announced a new event that will get underway today in their popular match-3 title Empires & Puzzles. It is called Mythic Titans and the first event is set to run for three days.

From today, five new titans have been introduced to the game, all of which have been summoned from the depths of mythic legend. They promise a tough challenge for those who are willing to take them on. More events have also been planned for a later date. 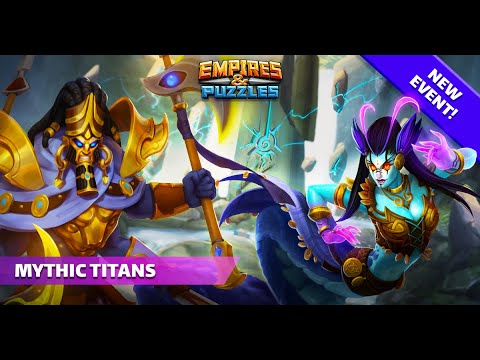 Mythic Titans will mark the first time that the Empires & Puzzles community will be competing against one another, both as individual players and as allies. They'll look to climb the leaderboards as high as possible whilst earning rewards along the way. These will include gems, emblems, ascension materials, battle items, crafting materials and summon tokens.

Discussing the latest event Jose Saarniniemi, CEO of Small Giant Games said: “We’re really excited to introduce our newest event to Empires & Puzzles. These new Mythic Titans are not to be underestimated as each comes with its own unique offensive and defensive capabilities.

He added: “They will challenge players and alliances to discover new tactics to effectively battle against them as well as compete for the top of the leaderboard and other exciting rewards.”

If you're unfamiliar with Empires & Puzzles, it's a match-3 puzzler that also incorporates elements of base-building and hero collecting. It takes place in a fantasy setting where there are a plethora of creatures to do battle with such as skeleton warriors and dragons.

Empires & Puzzles is available now over on the App Store and Google Play. It's a free-to-play game with in-app purchases.

Looking for more puzzlers to play on your phone? Here are 25 of the best available for iPhone and iPad
Next Up :
DYSMANTLE is a post-apocalyptic RPG where you need to destroy everything to survive, out now on iOS