Emma: Lost in Memories is a platformer about memory loss and it's available now

Emma: Lost in Memories is a fast-paced looking platformer from Spanish developers SandBloom Studios. It marks the first game they're selling, having made all their previous games for Game Jolt and Itch.io. It's available now on iOS and Android.

Julien Gatumel, PR Director for Sandbloom, cited three games as the inspiration for Emma: Lost in Memories. These were Super Meat Boy for its level design, Celeste for its mechanics and Alto's Adventure for its minimalist art style. Those are obviously great games to draw influence from so it certainly makes me want to see what Emma: Lost in Memories is all about.

The story deals with the idea of memory loss. It's not something you see all that often so I'll be interested to see what kind of narrative this concept creates. As you can see in the trailer the idea of memory loss is reflected in the gameplay too. Once you've come into contact with the ground or a wall it will start to fade behind you. 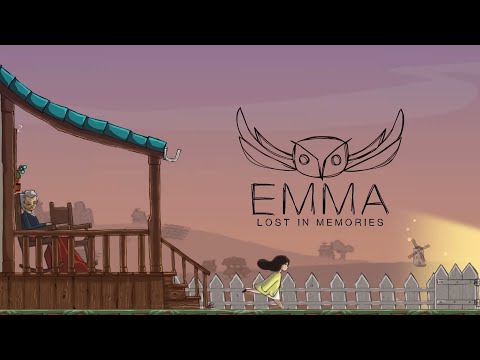 This means that you'll technically always be on a timer, having to constantly keep moving so you don't fall into a bottomless chasm. I love this as a mechanic because it connects the gameplay with the concept of a fading memory in a cool way.

The game will have over 140 levels to beat. They will all be one-screen which means you can expect them to be a bit more puzzle-like that some platformers tend to be. To tackle these stages you will be able to double jump, duck, dash and climb, which opens up a lot of potential for some tricky levels. She will run automatically though.

If the idea of a challenging platformer with more melancholic overarching themes is something that intrigues you then Emma: Lost in Memories is available now over on the App Store and Google Play. It's a premium game that costs £2.69 and £2.99 on Android and iOS respectively.