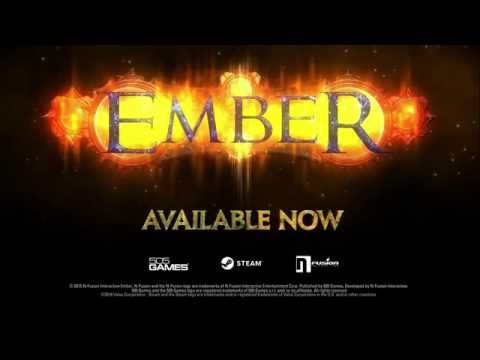 Subscribe to Pocket Gamer on
Ember is a new RPG influenced by classics such as Baldur's Gate and Ultima, bringing an original fantasy world and strategic combat to iPad and iPhone.

As a fabled Lightbringer, you explore large environments, learn about the world and its history through NPCs and items, and recruit warriors to your party to complete your quest.

Combat is reminiscent of Baldur's Gate, real-time battle with pausing to carefully target enemies and use abilities. Crafting items and forging magical weapons augment your skills and special abilities during fights against powerful foes.

Ember promises a 30-hour campaign, complete with side quest, a day/night cycle, and diverse environments from frozen forests to elegant temples and cliffside paths.

Ember is available for £4.99 / $6.99 on the App Store. You can also find the game on Steam.
Next Up :
Darkness Rises celebrates 4th anniversary with an abundance of new content