Publisher Square Enix and developer Wright Flyer Studios have revealed a special gameplay trailer for Echoes of Mana, a new mobile action RPG that's launching officially in spring 2022. The latest entry to the popular series will feature an all-star cast as revealed over the weekend at Tokyo Game Show 2021.

Echoes of Mana doesn't have an actual worldwide release date yet, but it's definitely set to land on both iOS and Android devices. The ARPG will bring fan-favourite characters from across the Mana franchise for an epic reunion of sorts, along with new protagonists Kilt and Kilte. You'll venture off into different worlds from previous Mana games as well as original ones, searching for the sword of Mana's secret. 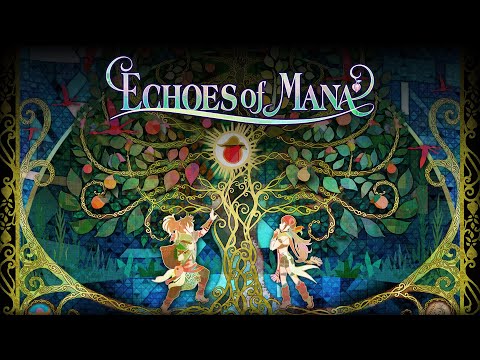 According to Gematsu, you'll also be able to form a party of three and switch characters on the fly during combat. The newly released gameplay trailer also shows how incredibly action-packed the battles can be, with satisfying special moves triggered along with stunning animations. Boss battles look larger than life too, so it would definitely be interesting to see how characters past and present will collide in a brand new adventure on mobile.

Here's hoping the controls for Echoes of Mana won't be too wonky - given that the title is made for mobile, it makes sense that there would be pretty optimized controls for touchscreens. For now, you can head on over to the game's official website to stay updated on all the latest developments, or have a look at the embedded footage above to get a sneak peek of the gameplay.

Are you on the hunt for more action role-playing titles you can dive into on your mobile device? Why not take a gander at our list of the top 10 best Android aRPG games in 2021 to get your fill?

Echoes of Mana is celebrating 1.5 million downloads with numerous rewards and characters