Nuverse has just announced its debut game called Earth: Revival, which will be released on mobile and PC next year. It is a sci-fi open-world survival multiplayer title that takes place in 2112, on a destroyed planet Earth. The future has become harsh due to an intergalactic conflict with a mysterious alien species. To help them on their journey, NVIDIA Omniverse’s virtual AI called Lydia will also be present. 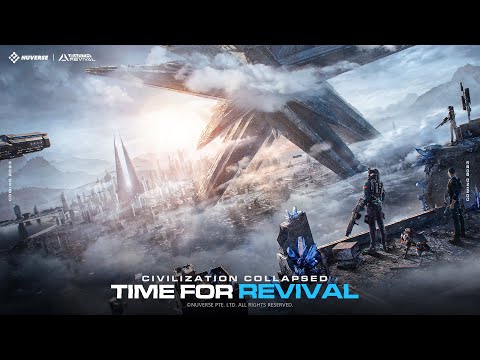 Players will embark on a perilous journey in Earth: Revival as they will be exploring, discovering, solving conflicts, and rebuilding. The war against the aliens is not over and players must band together to reclaim every last bit of what was once their home. The game will be playable for the first time during Gamescom, followed by a closed beta in the US, UK, Canada, and Germany from September 2nd onwards.

Speaking about the game’s announcement, producer William Lu, said: “We are beyond excited to finally reveal Earth: Revival to gamers across the globe. We cannot wait to show you all the world we’ve been building. We’ve always wanted to combine third person shooter combat mechanics with the open world and survival genres to create a unique synergy that will make the players feel the world is bristling with identity and constantly changing and evolving around them!”

With so much chaos around them, only the fittest will survive. Players must traverse the massive open world in search of futuristic weapons, power armour, rations, and more to create their own settlements. Aliens are looming around every corner so being an expert at combat is a must which can be achieved with the game’s highly fluid and customizable combat settings.

While this may be looking too far ahead, Nuverse already has a bunch of endgame content planned with PvE raids, team based tournaments, boss battles, and obviously a battle royale mode. Registrations for the closed beta have already begun and can be done via the official website. check out Earth: Revival’s Facebook page for more details.

Until then, check out this list of the best multiplayer games to play on mobile!
Next Up :
Infinite Lagrange's new Dawn Celebration event with the Lagrange of Diversity theme is now live