Denizens of the deep

Earth Atlantis promises a sprawling ocean of ruins and caves, as you survive waves of creatures and defeat monstrous bosses.

Subscribe to Pocket Gamer on
You must explore the sepia steampunk depths to seek out and destroy dangerous sea monsters, ranging from a drill-headed shark that dwarfs your vessel to a blade-tipped giant squid.

A pencil sketch aesthetic brings theses creatures to life as you evade bullet hell-style onslaughts of projectiles and smaller enemies. Finding hidden artifacts and treasure chests will allow you to unlock new ships and weapons, such as devastating lasers, spread shots, and torpedos. 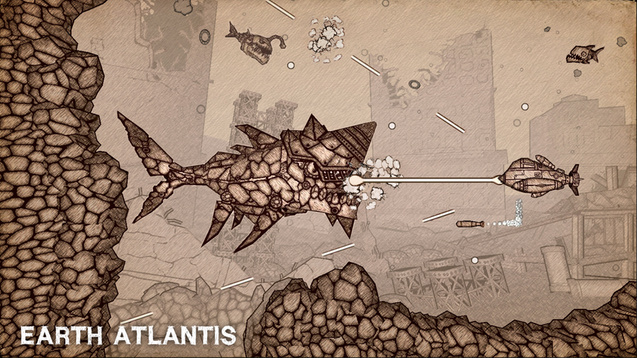 Earth Atlantis is expected to release first on Steam this year, then arrive on iOS and Android later. You can find more information about the game on its SlideDB page.