A follow up to 2017’s Earth Atlantis has been announced on the 3rd anniversary of its release.

Pixel Perfex has announced that Earth Atlantis 2, the sequel to the original side-scrolling shooter, is in early development.

It’s set in a world where “The Great Climate Shift" struck at end of the 21st century, putting 96% of the earth’s surface underwater. With humanity fallen, machines have adopted the shape and form of marine animals and the ocean is full of these creature-machine hybrid monsters. A new adventure awaits you on this perilous new world.

Earth Atlantis 2 presents a brand-new visual style for the series, with new gameplay mechanics and updated graphics. Players journey into a stunning post-apocalyptic underwater world and hunt down these vicious sea monsters. You can see the first screenshot below. 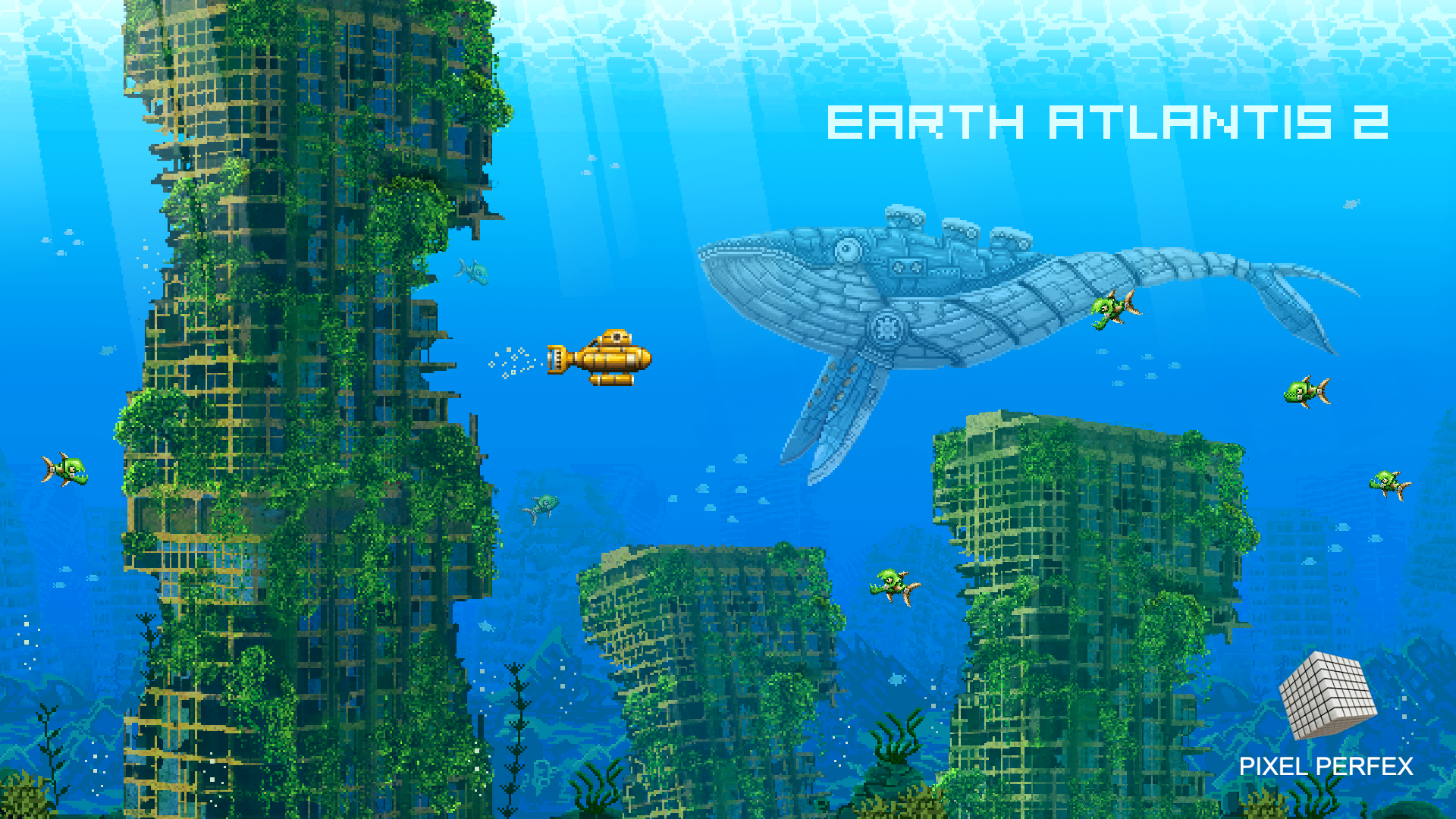 Originally released in 2017, Earth Atlantis was presented in a unique and artistic “Old Sketching” visual style, expressing the spirit of the 14th century’s ocean exploration when the sea was considered an unsafe place full of monsters. It was nominated by IGN the best action game of the year, and won several indie games awards including the “Grand Jury” award at BitSummit 2017 in Japan.

Pixel Perfex is an award-winning indie games studio with the goal to develop unique and innovative games. Titles in its previous catalogue include Earth Atlantis, Xenon Shooter, Energy Panic and KRUT: The Mythic Wings.

As well as on iOS, Earth Atlantis launched on PC, Mac, Nintendo Switch, PlayStation 4, and Xbox One. Although the platforms for the sequel are currently unconfirmed, it’s likely we may see this one also drop on iOS and Android considering its increase in popularity. You can follow along for more development updates at Pixel Perfex’s website.

Want to read about more platformers available to play on iPhone and iPad? Luckily we've got a list here that will tell you all you need to know.
Next Up :
Defend your castle across different arenas in Merge TD Hero - Tower Defense, out now on Android and iOS