A nightmarish whale lolls greedily through the ruined streets of New York, its dead white out glaring out through the wreckage of what was. In front of it, the Statue of Liberty stares sullenly out, less than impressed with the watery conditions she finds herself in.

And in the midst of it all there's me, piloting the tiny sub that's humanity's last defence against the denizens of the deep. We are, quite frankly, completely screwed.

Soggy seems to be the hardest word

This is Earth Atlantis, a game set in the sunken cities of a planet Earth ravaged by global warming. You control a submarine, leading it into battle against the giant fish that are now the top of the food chain.

The controls are simple. You move around with the left of the screen, and tapping on the right flips your ship 180 degrees. You fire automatically, a sad stream of little bullets to begin with. 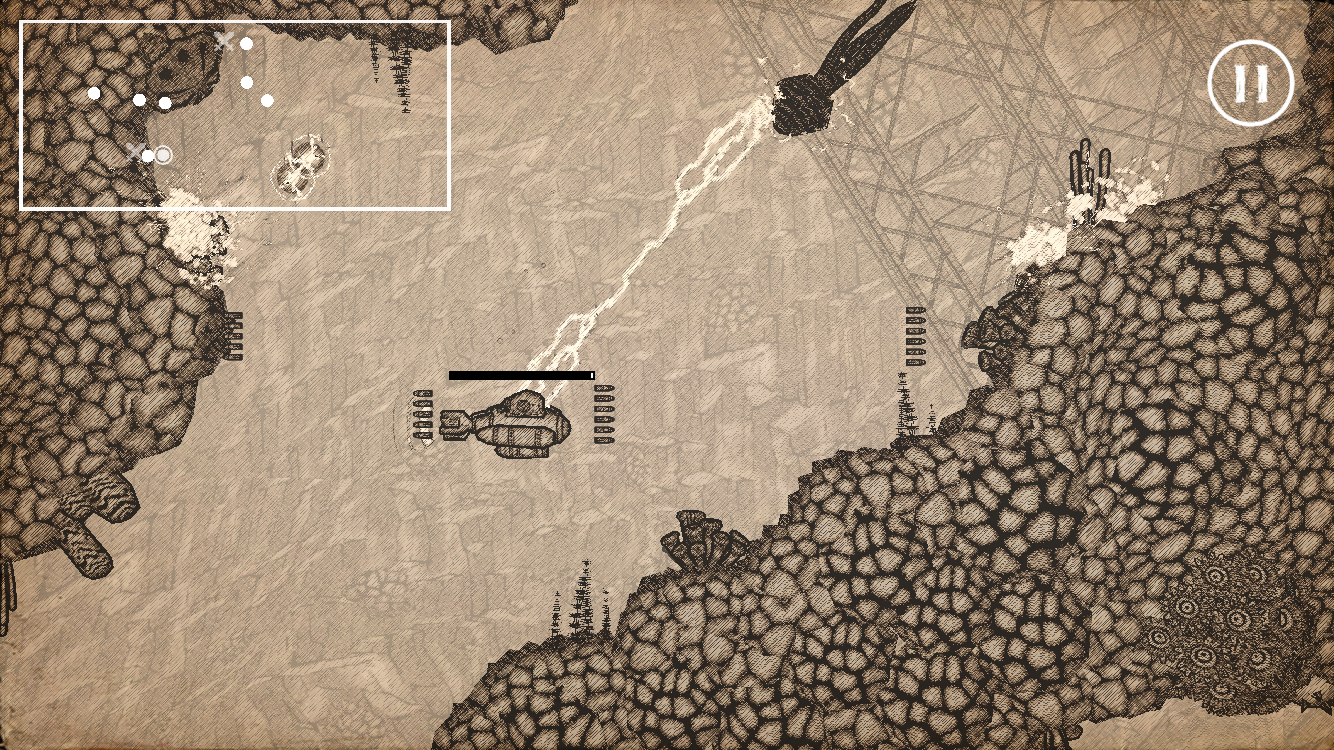 But as you move through the game you'll power up your weaponry. Soon you'll be blasting out rains of fearsome lead, from the front and back of your craft, while streaks of electricity spark out in the direction of any fish unlucky enough to be close by.

There are rockets too, and new ships to unlock that fire in completely different ways. Some of your soggy foes will drop health boosts too, and they're going to be really important if you want to survive underneath the waves. 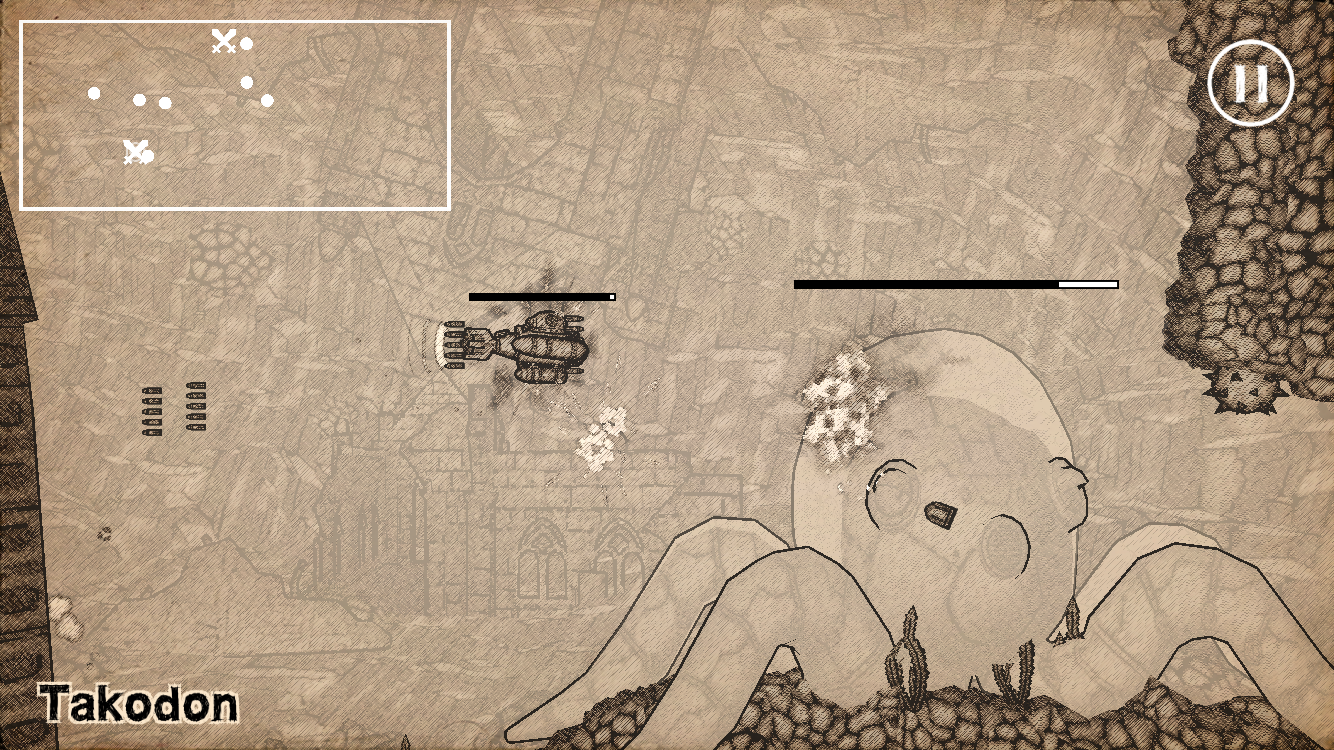 Because there are huge bosses waiting for you down there. Within the first hour you'll have battled a mutated sperm whale, and been beaten senseless by a fat squid that attacks you with its tentacles from beneath the sea floor.

These behemoths are the real aim of the game. They're marked on your map, and you need to find out how to get to them, and take them down. There are shades of metroidvania here, with some sections of the map only unlocking when you've completed specific actions.

A sog to lift the heart

There are other influences here too, from bullet hell to Monster Hunter, and the game throws in plenty of ideas of its own too. Plus, well look at the screenshots, Earth Atlantis is a gorgeous piece of digital art.

And it all comes together to create an adventure that's going to keep you hooked. The future sea is a horrible, dangerous place, and you're the only one who can change that. So, er, good luck I guess?

A brilliant game of deep sea battles, with a lot more going on than just a gorgeous art-style
Next Up :
DC Worlds Collide review - "DC fan service in an enjoyable gacha package"