An adventure in need of funding

Are you a fan of those games that try to mix physical figurines with virtual screens?

While not a novel concept on mobile (see the stylish Beasts of Balance) Dungeon Mini is trying to export the idea to dungeon crawling games in a Kickstarter that launched late last week.

The idea is that you'd use real figurines to fight, collect loot and advance through rooms. This means that you'll control your character quite literally, through the figurines and mimic the action of swinging an axe and more. you'll also draw runes and solve puzzles on the screen. 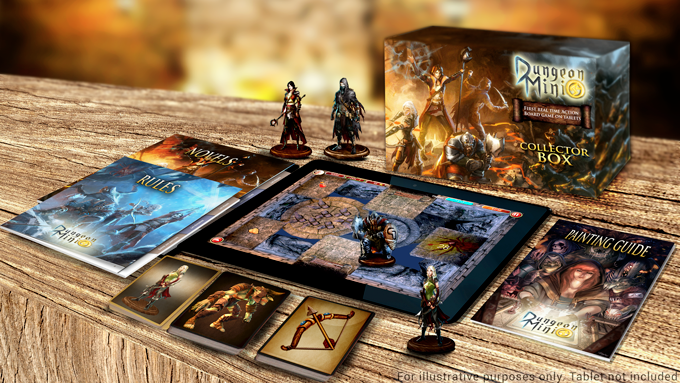 For now there are two characters: A bow-wielding Elf and a Dwarf that wields an Axe. Multiplayer and more classes are possible but should be one of the campaign's stretch goals.

As the game requires you to place the figurines directly on your screen, it will only work with iPads and Android tablets.

While the universe itself doesn't look particularly original, the idea of mixing physical objects with our device's touch screen is always neat and unique. And if it's as great as Beasts of Balance then I'm all in. Check the Kickstarter video pitch with the link below.

Source
Next Up :
Clean the Sea! lets you pick up ocean trash and recycle them to save the seas, out now on iOS