Superbox's pre-registration sign-ups for Dual Blader - its upcoming idle RPG on iOS and Android - have officially hit the 500,000-mark. The overwhelming number of pre-orders for the 2D title hypes up the game's upcoming release next month, and to thank the eager fans for their support, a special player costume will be given away as an exclusive gift at launch. 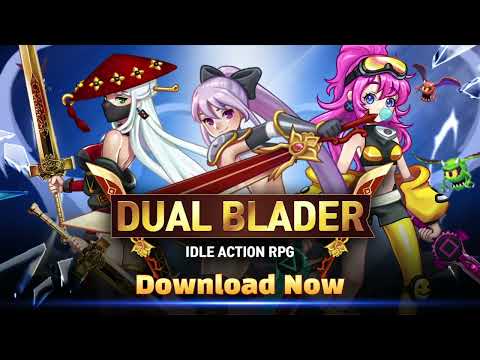 In Dual Blader, players can expect to embark on an epic quest from High Garden to Lava Cliff as a so-called "Grand sword master". With your blades in hand and your resolve intact, you'll set off on a journey to rid the world of evil for the sake of justice.

To keep the grinding at a minimum, the game features an idle progression system that rewards players with gold and EXP even when they're not logged into the game. There are over a hundred weapons with unique abilities to collect, as well as different dungeons to challenge for valuable in-game loot. Players can also put their own skills to the test and showcase their rankings on the global leaderboards.

If you're keen on joining the bandwagon, you can pre-register for Dual Blader on the official discord, check it out on the Google Play Store for Android devices, or join the community of followers on Facebook to stay updated on all the latest developments.

What's A Preferred Partner Feature?
From time to time Steel Media offers companies and organisations the opportunity to partner with us on specially commissioned articles on subjects we think are of interest to our readers. For more information about how we work with commercial partners, please read our Sponsorship Editorial Independence Policy.
If you're interested in becoming a Preferred Partner please click here.
Next Up :
Pokemon Go is celebrating Sustainability Week, beginning April 20th