Have crayon, will travel

No matter what our age, there's a wonderful surge of creativity that comes when we grab hold of a crayon.

The DS adventure puzzler Drawn to Life captured this feeling way back in 2007 when it tasked players with drawing their way out of problems - and now it's come over to play on the App Store.

For those who missed the DS release (don't worry, we won't judge you too openly) the story's as follows: a great and wealthy race known as the Raposa had their magical book stolen by a league of shadow creatures and are generally having a bad time of things.

You, the hero, step in to save their world with a magical drawing tool that lets you create objects from scratch to help you solve puzzles. 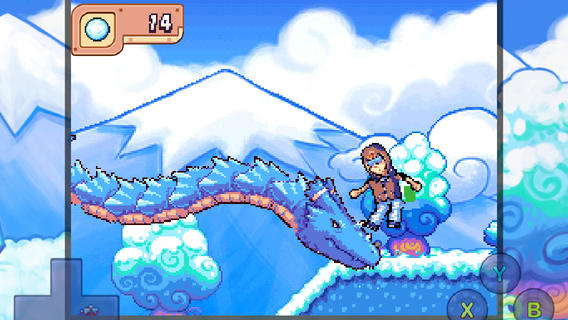 Drawn to Life is definitely aimed at a younger audience, but adults might enjoy letting their imaginations out to play as they restore the four game worlds to their faded and former glory.

In our review of the DS version of Drawn to Life, we noted that "There's something very satisfying about playing a game which has your own stamp of individuality all over it, and watching your amateur drawings brought to life on the screen."

But we also felt that "the basic and stilted platforming won't win over many older, more experienced souls."

Hands on with THQ's cute DS sketcher, Drawn to Life