The game is also on sale on Steam and Switch

Following its release last December, 505 Games and Digital Continue have announced a free update for Drawn to Life: Two Realms that is available today on all versions of the game - iOS, Android, Switch and PC. It's called the Creative Pack DLC and brings a bunch of new content to the puzzler at no extra charge.

Some of these new additions are exclusive to specific versions of the game. You can see what's being added below: 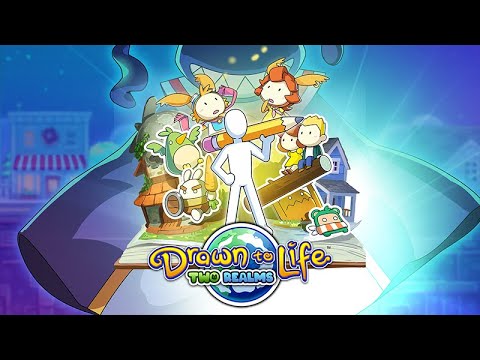 If you're unfamiliar with Drawn to Life: Two Realms, it takes places several years after its predecessor Drawn to Life: The Next Chapter. It sees you reconnecting with the likes of Mari, Jowee and other fan-favourite characters as they embark on a journey to uncover the mystery of the shadow that threatens the Human and Raposa realms.

It's an action-adventure platformer that has plenty of different toys to play with alongside over 100 Imagination Battles to participate in and 70-plus Humans and Raposa NPCs to have a chat with. Customisation is also a big aspect of Drawn to Life: Two Realms, with millions of colours to choose from as well as numerous stickers.

Drawn to Life: Two Realms is available now over on the App Store, Google Play, Nintendo Switch and Steam. It's a premium game that costs $4.99. If you've been thinking about picking the game up for PC or Nintendo Switch, it's currently been reduced by 30% on both platforms until February 15th.

Looking for more stellar puzzle games to play on your phone or tablet? Here are 25 of the best available for iPhone and iPad
Next Up :
Pokemon Go's 6th Anniversary Event Ultra Unlocks are now available