Where are my dragons?

In both Skyrim and DragonVale, for example, these powerful and mysterious fabled creatures are part of the reason for the games' successes.

Dragon Bane Elite represents an attempt on the part of its developer to illustrate the true might of the dragons in a portable game.

Oh, and to reproduce the sprawling scale and depth of a desktop MMORPG on your iPhone.

I spoke to Jianbo Tang from Digital Cloud, the creator of Dragon Bane Elite, to find out why this particular fantasy world is worth exploring... 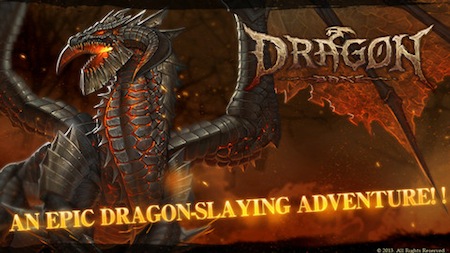 "Dragon Bane Elite is an MMORPG game with an epic history. The game is set in a fantasy past over 10,000 years ago. Players build their very own team, forging weapons and taking on enemy opponents."

Jianbo is keen to point out that though MMOs are typically complex and initially hard to get to grips with, Dragon Bane Elite's turn-based strategy makes the combat accessible and fun.

Most of the 'fiddly' parts are taken care of using an "auto-combat" system, but players still need to utilise strategy to win.

You have to select different formations, for instance. You also have to be aware that certain companions grant certain powers and that their position in relation to others influences the outcome of battles. There's also an alchemy mechanic to mix things up even more.

Aside from journeying from fight to fight, picking up new companions along the way, you can earn rewards by logging in every day, earning gold or diamonds by finishing daily tasks.

"Through rigorous fighting, exploration, and daily play, you can forge a powerful team of companions," Jianbo explains. "And then you're ready to challenge other players in the Arena." 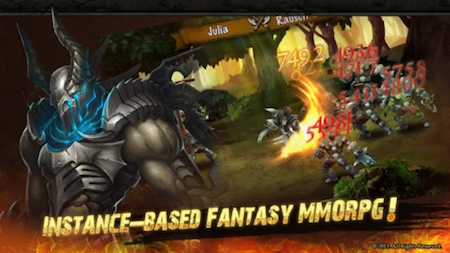 "Multiplayer is a great way to create your ultimate team and level-up quickly against friends. There's a big social aspect to it - a chance to win more in-game rewards and integration with Facebook."

The multiplayer mode represents a good opportunity to earn more gold and, in particular, reputation, which is vital when recruiting new companions.

It's this mixture of PvP and PvE that Digital Cloud hopes will result in a unique experience for every person. With over 100 companions to meet, over 100 events to discover, and nine character classes to master, there is a lot to keep players interested in Dragon Bane Elite.

Jianbo tells us that the hardest part of creating all this content was keeping it fresh.

"We wanted to keep being creative. Despite the pure amount of content in there, we wanted it to be fun to explore every time. It's really our fans who kept us going, as they are always there to support and encourage us." 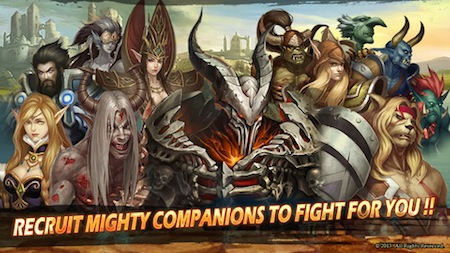 In the end, Jianbo seems confident that his team has given the fans what they want, while making the game accessible to everyone.

"We have significantly expanded the universe with a rich sense of history and stuffed the world with a wide range of tasks for hardcore players.

"All the while, we provide helpful tutorial modes for newcomers and various levels of tactical gameplay to suit all types of playing style. All of this alongside wonderful art design and an atmospheric world built with powerful graphics."

Digital Cloud is intent on keeping players interested in Dragon Bane Elite through repeat visits, so will add new events every single week. The studio has just added a guild function in its latest update, in fact, and will launch a new Dragon Lair and Legendary Set later this month.

So, there's plenty more content in the pipeline. And Jianbo tells us that his team has heard the cry for an Android version, and will try its best to get it out as soon as it can.

You can download Dragon Bane Elite now for iPhone and iPad for free on iTunes.