Live the life of a budding bike racing star

The newly released Downhill Masters is perhaps best described as part life sim, part bike racing game. Therefore, your time with the game will be split between the day-to-day life of your chosen character and a host of frantic bike races. Speaking of the characters, there are three in total: Devito, a burly chef by day whose strength is unparalleled; Marie, a skilled fashion designer with a knack for pulling off impressive bike tricks; and Steve, an accountant who has speed on his side. 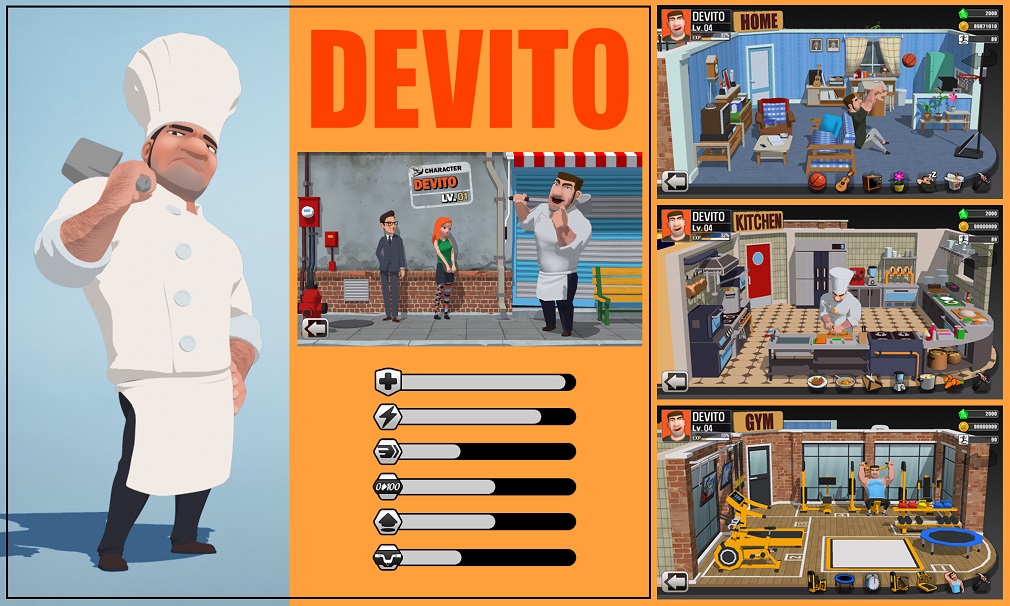 Chores, hitting the gym, and heading to work

Switching between each character’s home, gym, and work couldn’t be easier – just swipe left or right and the world will rotate in front of your eyes. Taking part in every activity is beneficial in some way, and, in true idle fashion, you’ll need to wait a set amount of time before reaping the rewards of your actions. These activities (cooking, cleaning, ironing, etc) aren’t hugely interactive, but they’re still a great way of making money and earning EXP. 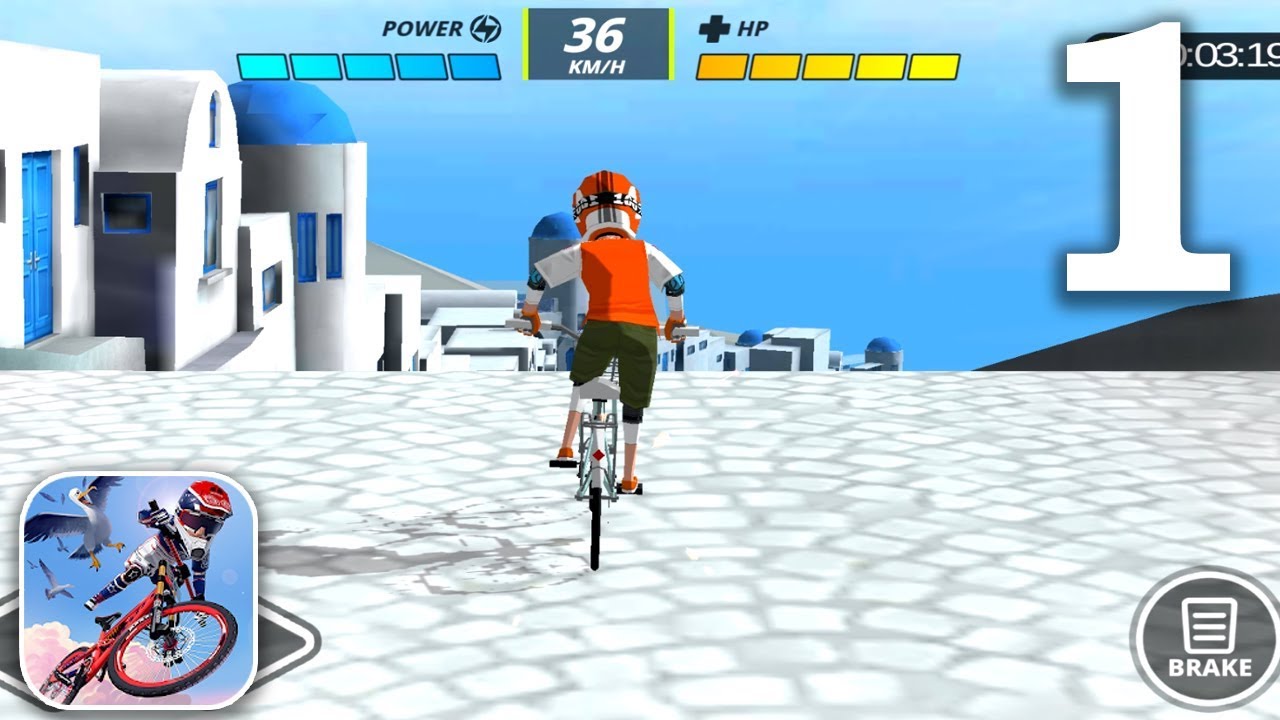 Races in Downhill Master are typically kept short and sweet, with strong downwards momentum forcing you forever onwards. Your power gauge is used to perform impressive stunts and jumps, and in the event of your HP gauge hitting 0, you’ll be sent tumbling off your bike. This results in you having to slowly, shamefully walk the rest of the race – so best keep an eye on it.

The Race Mode is certain to keep you busy for a while, with ten separate chapters that consist of 5 races each, while the World Grand Prix is where you’ll find the stiffest competition, as you take part in 1-on-1 sprints with 28 other champions.

The racing in Downhill Masters might start out easy enough, but, as you progress, you’d be wise to start investing in upgrades for your bike and equipment. Almost every component of each bike and piece of kit can be tinkered with and bettered across six different categories: bike speed, 0 to 100, run speed, jump, power, and charge. On top of that, all three of the characters has their own skill tree to give you a necessary edge in the later races.

Winning races will result in you earning a loot box. Much like the activities, you’re going to have to wait for a timer to go down before accessing whatever goods your box might contain. Boxes are filled with active and passive skills that can prove vital as the races get trickier. It's also important that you don’t go throwing away your skills without considering when would be the best time to use them – they’re consumable, so be smart about it. 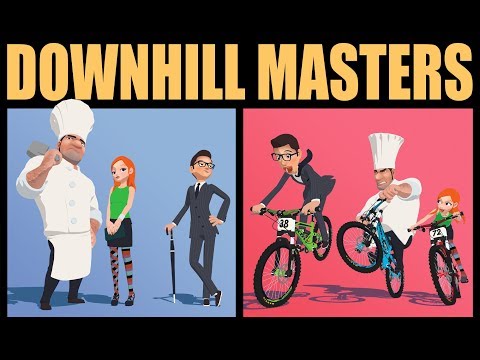 So, now that you know the basics, best head on over to the Google Play Store to give this one a go. And iOS players needn’t feel left out, as it’ll be landing on the App Store later this year.

What's A Preferred Partner Feature?
From time to time Steel Media offers companies and organisations the opportunity to partner with us on specially commissioned articles on subjects we think are of interest to our readers. For more information about how we work with commercial partners, please read our Sponsorship Editorial Independence Policy.
If you're interested in becoming a Preferred Partner please click here.
Next Up :
Anime Warriors codes (August 2022)