Win your way through every round in Dota Underlords

So you've finally jumped in to Dota Underlords, eh? The latest game in the Auto Chess craze is straight from Valve, and thanks to Steam integration, is the best Auto Chess game in town.

Dota Underlords brings a familiar style of game to a familiar genre for fans and puts it on both PC and mobile, and it's a great place to get started with Auto Chess. Though, that doesn't mean Auto Chess is an easy game to play.

There are a lot of rules to learn and a lot of things you can do differently each time you play, and the strategy is all up to you. It can be unusually overwhelming for a game that plays itself, but that doesn't matter.

We're here to guide you through those first few games with speed, from the basic mechanics, to some more advanced tactics later. Follow this advice, and your first place victory is assured. 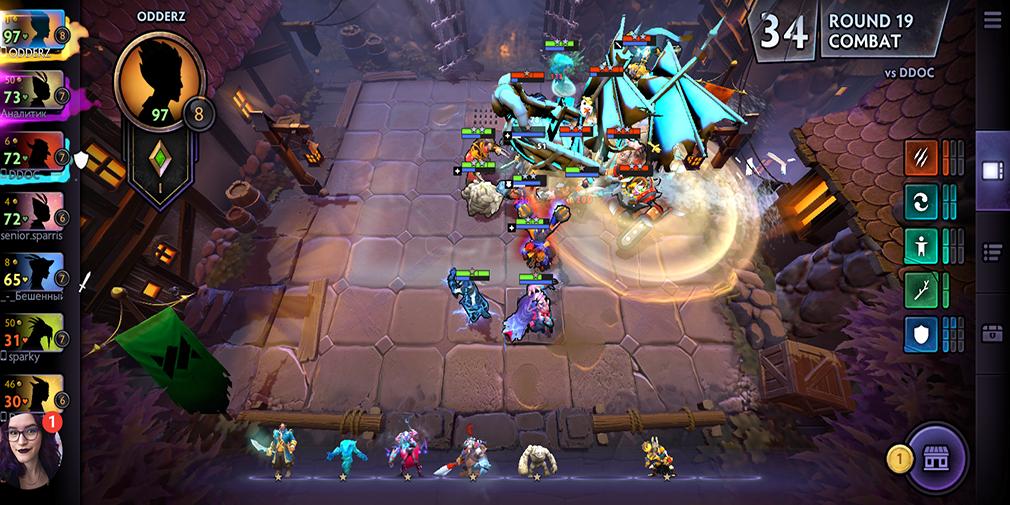 Auto Chess is Auto Chess. Like, you can pick any Auto Chess game and you'll get a broadly similar experience in your first hour. If you know about Auto Chess already, you can skip this tip.

But for you new players… You will be buying heroes from a shop, and placing those on a chess board during a preparation phase. During the battle phase you do nothing, and your unit choices and positioning will decide the outcome of the battle.

The key, then, is buying the best units from the shop, placing them in a strong formation, and hoping your strategy pans out.

There is more to it than that, of course, but those really are the basic things you need to know. For the early game, just look at the Alliances of your characters, and place the defensive and melee characters at the front of your formation.

One of the key mechanics in Dota Underlords, and other Auto Chess games, is ascension. You need to gather up to three of the same unit, and they will combine into a more powerful form of themselves.

This is essential, since you have a limited number of units you can place on the field at any one time.

For the early game, gathering a full squad of ascended units should be one of your main goals.

Just a few units isn't enough, and frankly, more is better. Each turn you have the option of throwing your hard earned coins into having more units on the field, instead of buying units at the shop.

This is a tough decision. You will almost always have units on the field you can ascend further, and using that money on quantity won't help against tougher enemies.

Though, if you manage to stock a good amount of money early on, then expanding the numbers of units you can have on the field can help greatly. Save up cash, and then overwhelm your enemy with numbers at the end.

As you play through the game, you will encounter neutral rounds, where you don't fight an enemy team, but a CPU team, and can pick from a variety of rewards at the end.

Some items must be equipped, while other will offer a passive buff to all units. Pick wisely, and if you're going to pick a passive buff, try and build your team around it, and pick units and other buffs which complement the style.

If you have an item to equip, always equip it, there's no need to let one rot away in the inventory.

0/3
Next Up :
Apex Legends Mobile Bloodhound Guide - Tips and tricks, abilities, and more