Updated schedule to arrive at a later date

Invites to Don't Starve: Newhome's first closed beta test were originally supposed to be sent out today, though a last-minute delay has now been announced, pushing the test back indefinitely.

"We worked very hard to make the game ready for the Closed Beta Test with new features we wanted to show off as well as a ton of planned features," reads an email sent to prospective testers earlier this morning.

"When we examined the feedback across all our channels, we saw that players have extremely high expectations for the game. We want to ensure that both new and veteran players alike have a stable and worthwhile beta experience as they explore Don't Starve: Newhome's unique world." This ultimately means that more development time is required before the beta version is shared.

Invitations will be sent out at a later, though as yet unconfirmed, date. The email then goes on to share that the decision wasn't made lightly and that an updated schedule will be sent out as soon as possible. 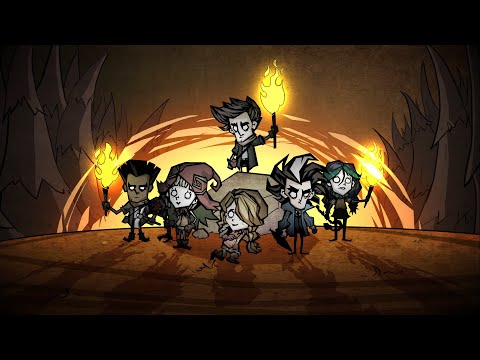 If you missed our coverage of the game's announcement, Don't Starve: Newhome is a mobile multiplayer spinoff to Klei's acclaimed survival series. It's being built from the ground up for iOS and Android, and it's in development at Tecent's Shengqu Games.

Newhome has been designed with shorter, mobile-friendly play sessions in mind. You'll work to build up your home, survive attacks from grisly enemies, expand your crafting options, and work together with other players to stay alive for as long as possible.

This isn't the first time we've seen Don't Starve on mobile, with the original game having previously been ported over in 2015, which is also when PG alum Harry Slater reviewed it. He called the game "a brilliant and disturbing wilderness simulator that works almost perfectly on mobile", awarding it a glowing Gold Rating.

Don't Starve: Newhome clearly has a lot to live up to, and if you want to check it out for yourself, you can sign up for the incoming closed beta over on the game's official site.

Searching for some quality multiplayer games? Here are 25 of the absolute best for iPhone & iPad
Next Up :
Stand at the top of the mafia world in strategy game Don of Dons out now on Android in select countries