Dream Tech has released a new game for Android devices. It’s called Don’t Crash and it’s available to play for free right now on your phone.

In Don’t Crash you control several cars on busy roads as they try to meet their destination. The only problem is its rush hour, and so you need to guide them through their journey while also ensuring they don’t collide with any other traffic. The cars all move on their own loops, and so you have to anticipate when to make the right move and progress forward.

The game has a minimalist graphics style which improves performance on your phone, and the easy “tap and hold to move” control scheme ensures it’s accessible to as many people as possible. Here’s a trailer if you’re keen to see it in motion. 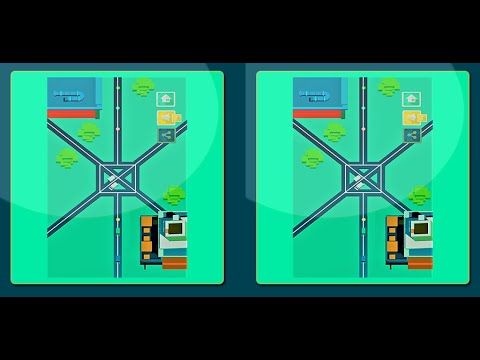 Right now there should be enough content to keep you occupied, but if you’re still after more then Dream Tech will be updating Don’t Crash with further additions such as separate modes for bikes, trains, planes, and even humans. There will also be more levels coming to the car-based levels.

If the name Dream Tech seems familiar, it’s because it only just released a game last week called Slide Shift, a hyper-casual puzzler where you guide a moving object through a long course while avoiding any obstacles that interrupt you. With two games released a week apart, it seems the developer has been very busy lately.

If you want to jump on Don’t Crash and check it out for yourself, you can download it from the Google Play store for Android. It’s a free to play game containing adverts.

Do you like puzzle games? Make sure you read our list where we've named some of our favourite ones you can play on your Android devices.
Next Up :
Black Desert Mobile reveals new Drakania class alongside other major updates and announcements