[Update] Don't Be Squared is a gorgeous endless autorunner by the creators of Pirate Legends TD, out now

Draw your own path

iOS + Android
| Don't Be Squared
Update on June 29th at 11:12: I'm guessing that Don't Be Squared was too eager to run and couldn't wait tomorrow's official launch as it's already available now on iOS and should be out on Android too.

The developers of Don't Be Squared have announced that the game will be out worldwide on iOS and Android next Thursday, on June 30th. We'll let you know when it's out, as always. Have you played Pirate Legends TD? If not, you missed a fun game that, while not original, was "like a greatest hits album for the tower defence genre".

The developers are back, working on their next game Dont Be Squared. This time, it's an endless autorunner that's level-based.

You'll roll and fight your way through hostile environments while trying to go far enough to get three stars. 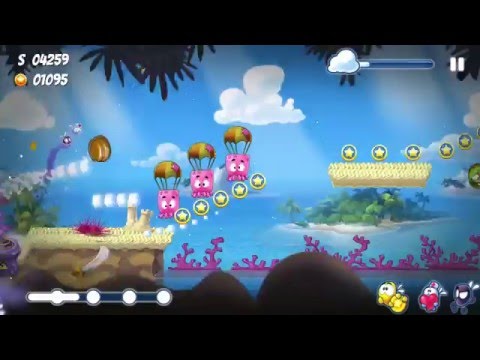 But on top of this, you'll also guide your character by placing clouds that acts as platforms. While not entirely original, it seems to work really well with the flow of the game and the gorgeous art can only help.

You can already try the game has it's soft launched in Canada and you can expect a worldwide launch soon. Follow our guide to get it now.