One of the major revelations of the SNES Mini lineup was just how good the original Donkey Kong Country remains.

Anyone who (like me) might have arrived at the lazy assumption that Rare's series-starter had probably aged terribly is way off. In reality it remains a uniquely fluid, weighty and inventive platformer.

Retro might have taken over the DKC reigns by the time Donkey Kong Country: Tropical Freeze first appeared on the Wii U in 2014, but boy has it continued the good work.

Despite having barely been touched in the intervening years, it takes its place as arguably the finest 2D platformer on Switch.

It would be tempting to bundle DKCTF into the same category as Kirby Star Allies, Nintendo's other recent mascot-led 2.5D Switch platformer. As it turns out, the pair are barely in the same postcode.

Where KSA sprinkles a million trinkets and countless moves over a bizarrely simplistic platformer world, DKCTF gives you a small but flexible roster of moves and a brilliantly intricate set of levels in which to apply them. 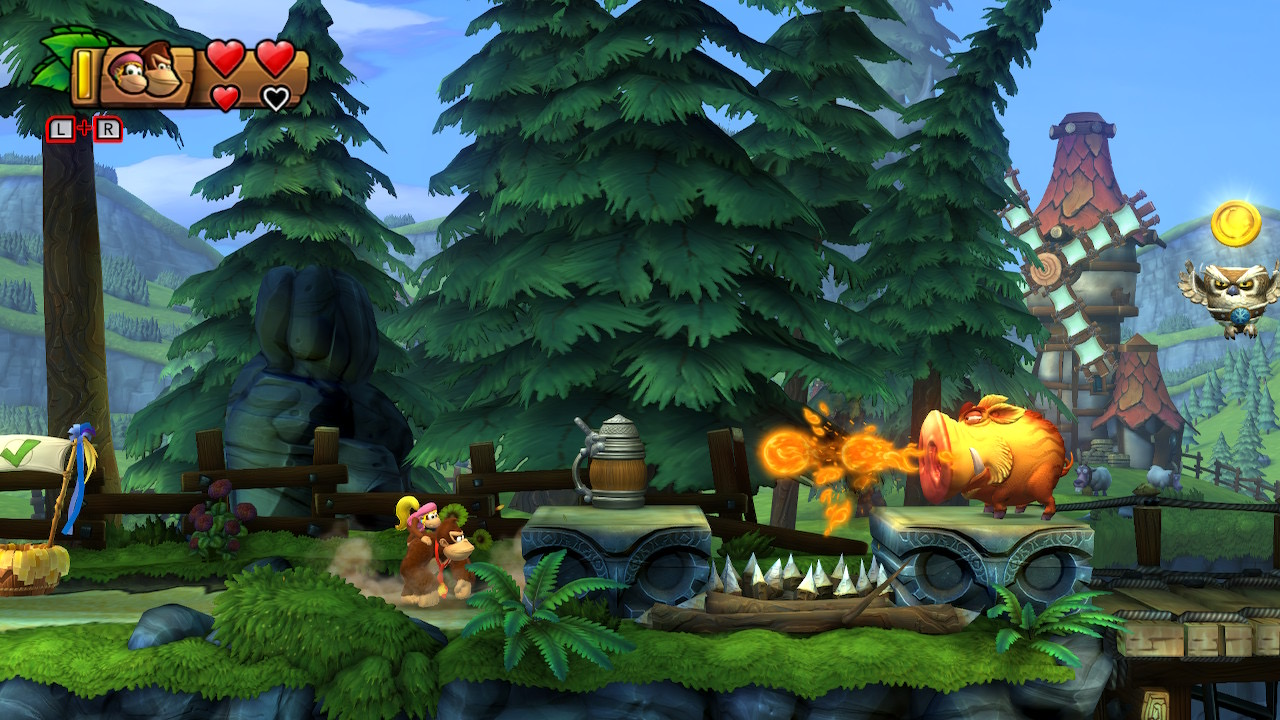 DK can jump, roll, bash the floor, and lob things. That's about it, until you encounter one of three companions who can extend your jump (and your life bar) in various ways.

The ingenuity here comes from the lengthy, secret-filled levels themselves, which rarely stick to a tried and tested formula. Yes, there are familiar platformer elements like mine-cart levels, disintegrating platforms and swinging ropes, but there's always a neat twist.

Throwing its weight around

If you're coming to Donkey Kong Country: Tropical Freeze cold (pun unintended), or directly from another 2D platformer, the feel of it might initially grate.

There's a hard-to-define sense of physicality and inertia to this world. It can seem like DK himself is running through treacle at times - particularly if you're used to the turn-on-a-dime wall-bounding antics of a certain plumber. 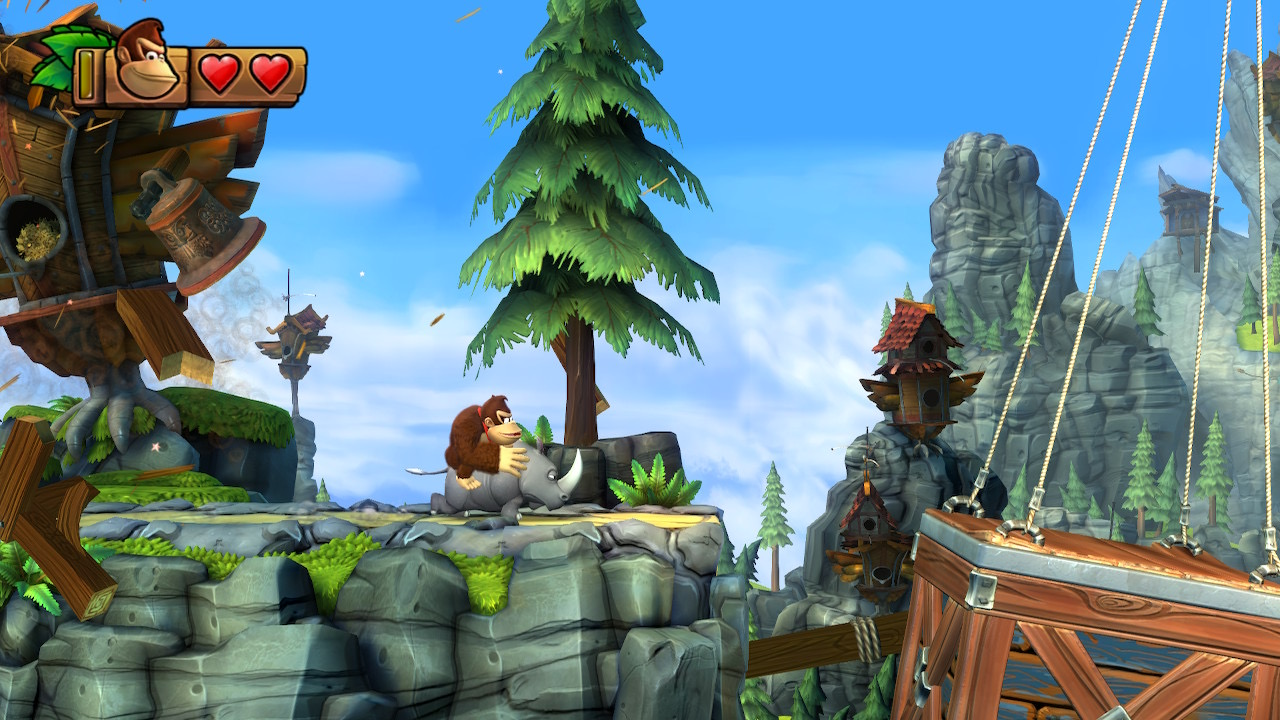 Gradually, however, you'll start to acclimatise to DK's purposeful gait. This is a world where sterling animation, impeccable sound design, and the uniquely weighty form of Donkey Kong himself combine in glorious and unexpected ways.

Our hulking gorilla bashes through wooden platforms, swings through the air, and splashes into deep pools of water like, well, a hulking gorilla. Yet when he enters said underwater stages (some of the finest around), he's as supple and nimble as a greased up Michael Phelps.

One of the words that's often been used in relation to Donkey Kong Country: Tropical Freeze over the years is 'difficult'. It's certainly true that it presents a much stiffer challenge than your average modern platformer - particularly in later levels.

Somehow, though, I rarely found myself angry at the game or frustrated enough to jack it in. The challenges are, on the whole, consistent with a very clear set of rules and signposts. 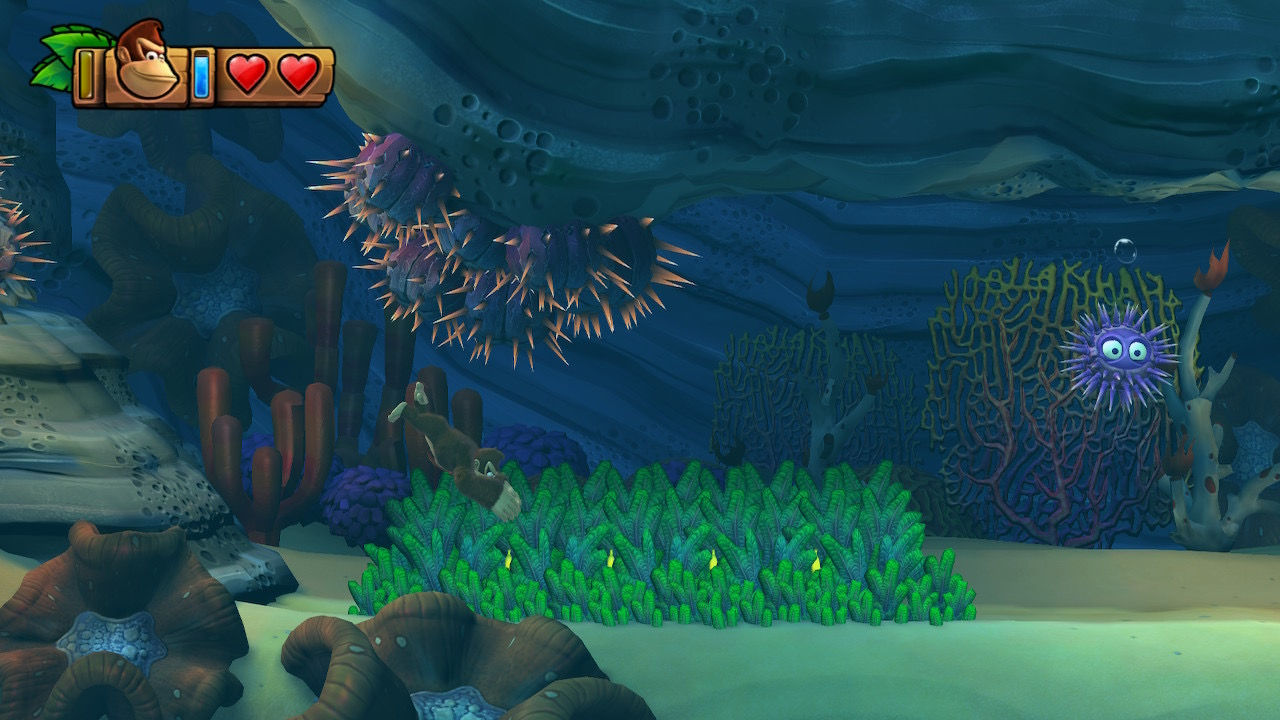 A healthy supply of lives and the odd porcine checkpoint keep you plugging away until you nail the particular section that's momentarily snagged you. The bosses, too, are all about patient pattern recognition and keeping your cool.

If all else fails, the game supplies a range of shop items that can help you in a bind. Indeed, I'd argue that the provision of an Easy Mode with this new Switch version (in which you play as powered-up Funky Kong) is pretty unnecessary for all but the youngest of players.

Donkey Kong Country: Tropical Freeze might not be the brand new Nintendo game the Switch arguably needs at this point, but the sheer extent of its quality (and the fact that hardly anyone played it on Wii U) means it deserves to be welcomed with open arms. This is nothing less than a modern platforming classic.

Donkey Kong Country: Tropical Freeze is a brilliantly inventive 2D platformer that deserves to be considered alongside Nintendo's best
Next Up :
Hundred Days review - "A success for the management genre"