You can find a new secret every few platforming segments. Hidden paths, barrels, puzzle pieces, coins, and we know you want to grab every single one of them.

They're hidden incredibly well, but once you start seeing the tell-tale signs of where they're hidden, you won't be able to stop seeing them. In this guide you'll use your own brand of monkey magic to grab all of the secrets and collectibles hidden away in Donkey Kong Country: Tropical Freeze. 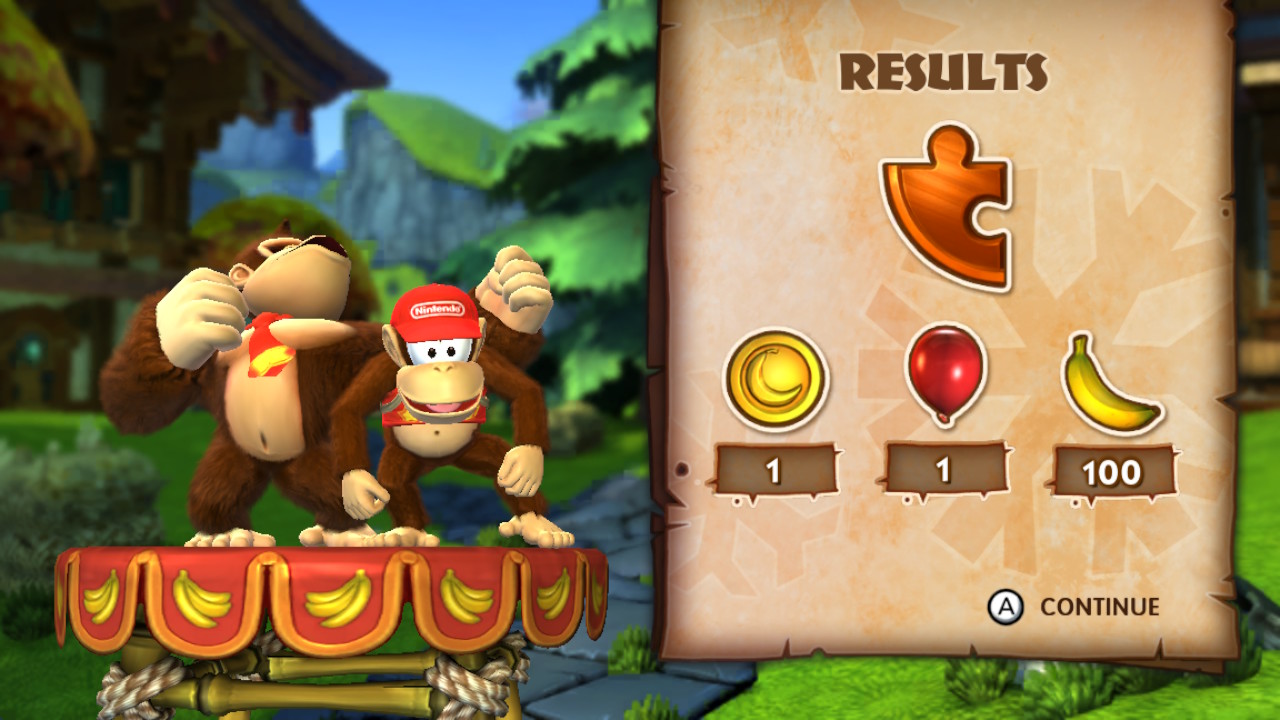 Tropical Freeze is, of course, a 2D platformer. Yeah, you didn't need me to tell you that, but what's important to remember about that is that in a 2D world, it's quite simple to see what ledges and platforms are and are not out of reach.

And, just like when you found out you could walk on top of the ceiling bricks in the underground stages of Super Mario Bros., in Tropical Freeze you can get to ledges and platforms that might look like they have nothing, and in reality, will hide a nice secret.

For example, if obstacles are rolling down from a platform above, have a good look around for a way to get up. Platforms? Enemies to bounce on? If you see a ledge or an interested alcove, check it out. 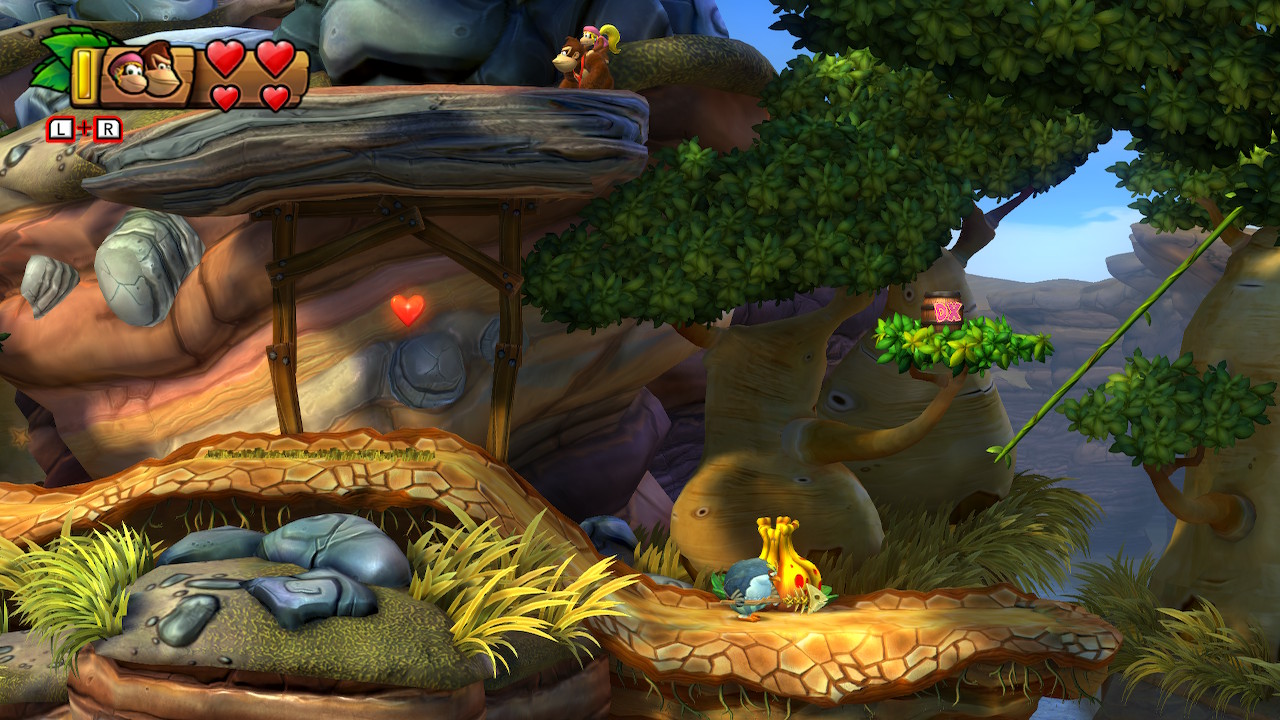 The edge of a barrel

There's actually a small handful of secret exits in Tropical Freeze - the kind that will open up alternative paths and possibly entire stages that you could otherwise miss. Yep, those are pretty important.

More often than not, getting to these secret exits (it'll be pretty obvious which levels have an extra exit from overworld) will be hidden just out of sight. A mine cart rail you'll need to jump at the last minute to reach, or the edge of a barrel placed barely out of sight hovering above a death pit.

But getting an eye for these small secrets will be important in later stages too, since even if they don't have a secret exit, you'll likely pick up on small things, like hidden puzzle pieces. 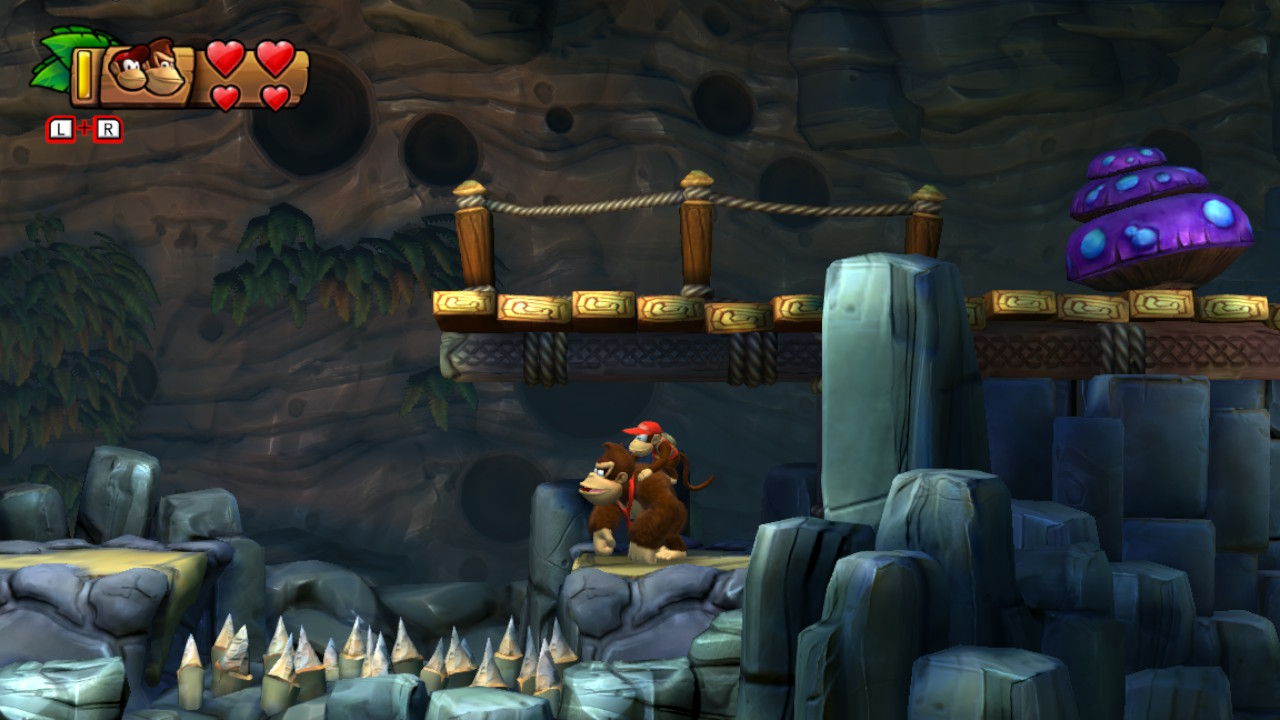 There's loads of objects in the environment that you can interact with, the clearest example being the plants or jugs - they all have a similar bulbous shape and change from stage to stage. You can always slam on the ground to open these, which might hide bananas, coins or even a puzzle piece.

Often bananas will simply be placed in the environment in a certain way, or will be bouncing about. If their placement ever catches your eye, try grabbing them all and see what happens.

Other aspects of the environment can be important too, such as long grass of leaf piles that can be rolled through to remove, often unveiling something underneath. 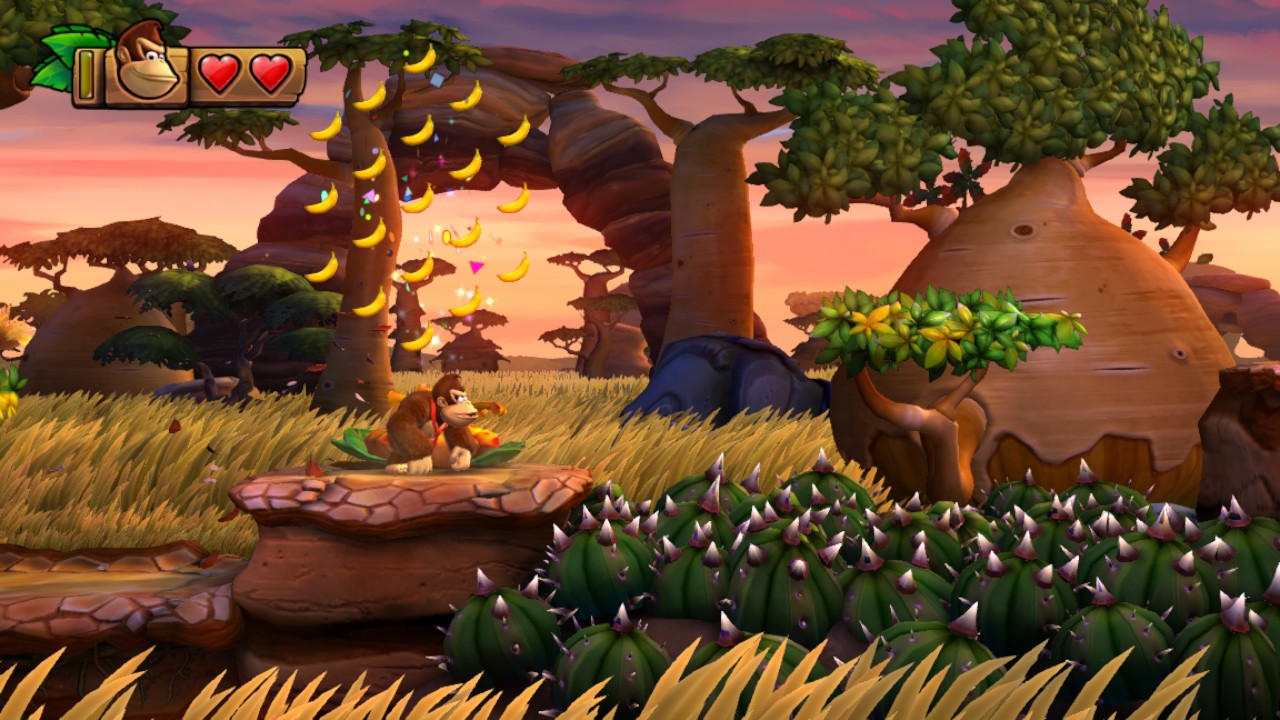 This is usually most relevant when you're on a wooden walkway of sorts, with no way to see what's directly underneath you.

You'll likely be able to spot a slightly weakened, or thinner, square in the wooden path ahead. Try slamming your palms on the ground anyway, and you just might see a panel open up allowing you to jump inside.

You can find these in many stages, and you'll often find a trove of bananas, coins or even a puzzle piece inside. Yet another small secret you should regularly keep an eye out for, especially when going through areas with wooden flooring. 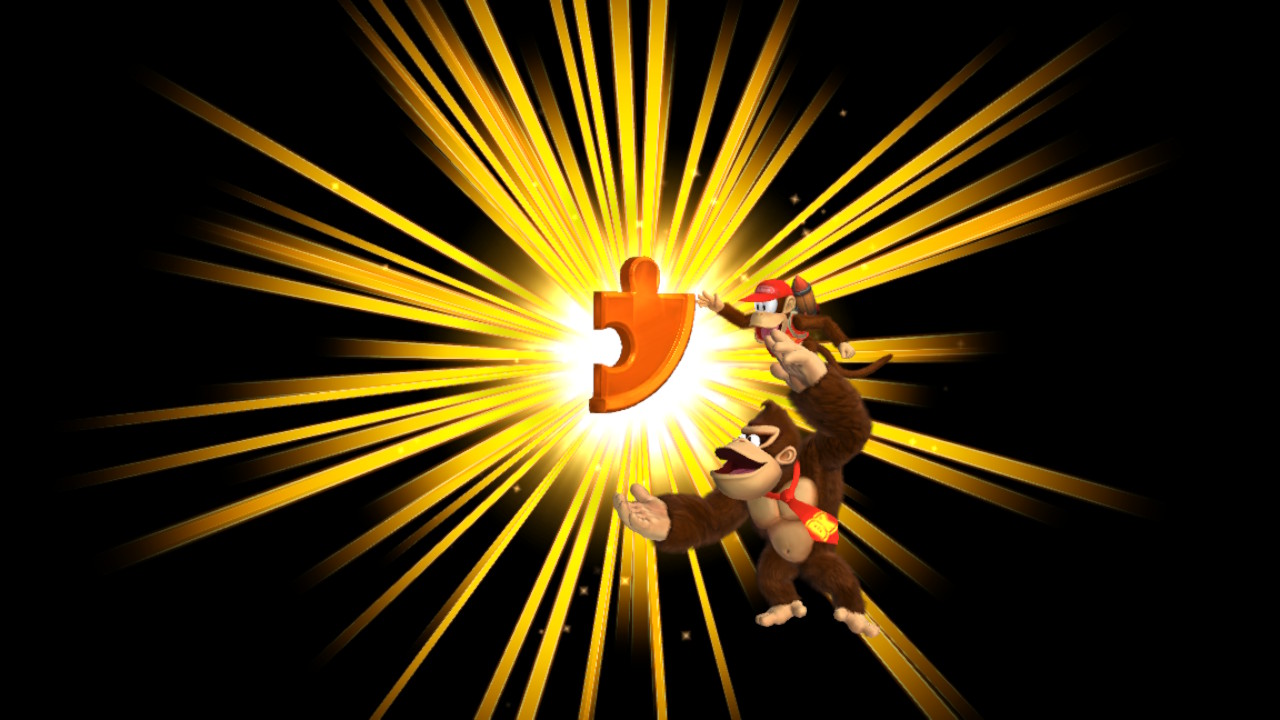 You already know about the extra jump boosts you'll get from having your Kong pals on your back, but did you know even DK solo can gain much more height?

Yep, jumping on enemies will allow DK to reach the sky. Tap and hold jump just before bouncing on an enemy's head, and DK will bounce off much higher than otherwise possible.

There's several stages and even bosses where secrets or the path forward entirely will be hidden behind these larger jumps, and mastering that timing early will make those sections so much easier in the long run. 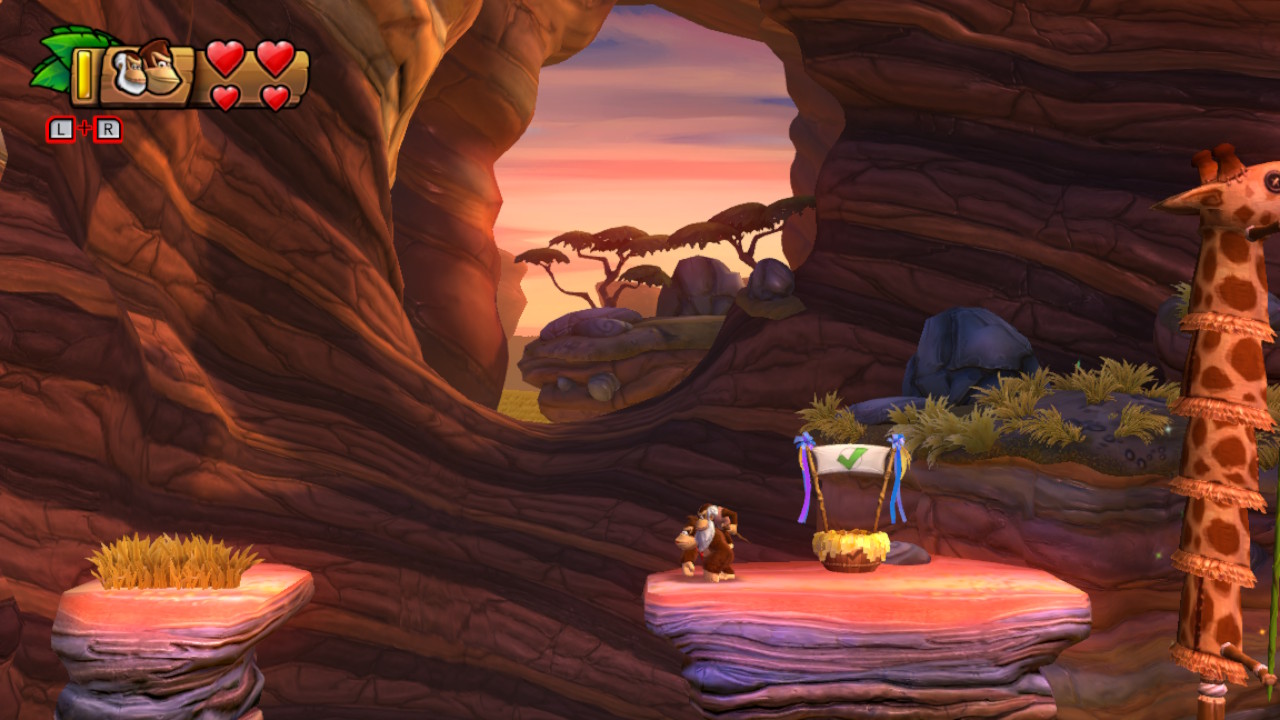