Whether you're a great ape or a primitive primate it's hard to deny the allure of Donkey Kong. The big strong ape with his hairy arms is hard not to love, and as for the rest of his questionable family tree, well, they're cool too, I guess.

If you've picked up Donkey Kong Country: Tropical Freeze but you've never experienced the hardcore platforming action before then you might feel a little bit out of your depth. After all, it's a difficult game that will demand some strict skills.

Not to worry though, with our breakdown of all the moves and characters in Donkey Kong Country: Tropical Freeze, you'll be fully prepared to overcome every platforming challenge. Enjoy! 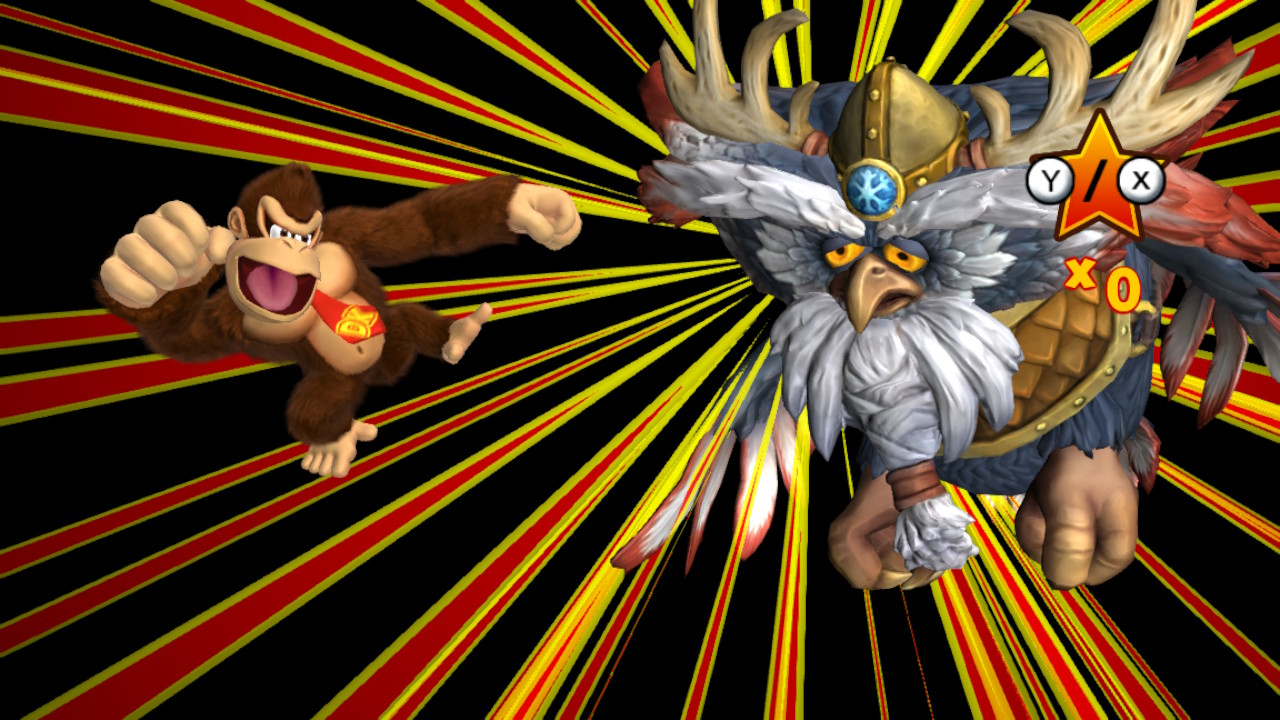 Jumping. Well, this is a platformer after all, so I guess we'll start with the most basic of basic moves. With Diddy, Dixie or Cranky on his back, DK can gain a double jump that'll make it much easier to reach new platforms.

You can often jump slightly late, like as you're reaching or just going off the edge of a platform, even in a mine cart, you'll find you can essentially jump in the air, just a little bit. Keep this is mind for those more difficult leaps of faith.

Keep in mind that, quite like Mario, hitting and holding jump just before landing on an enemy will make you bounce higher.

Ah the roll, another simple one. Move forward and tap attack to roll. Going solo, DK can only roll a short distance, but with a pal on his back DK can roll infinitely. Well, as long as you don't run into any traps, more dangerous enemies, or spikes.

The roll's most useful function might not actually be its offensive properties, but instead the mobility it gives you. Rolling is a fast way to move, and jumping in a roll will throw you across the screen as you carry all of the momentum into the air. Incredibly useful. 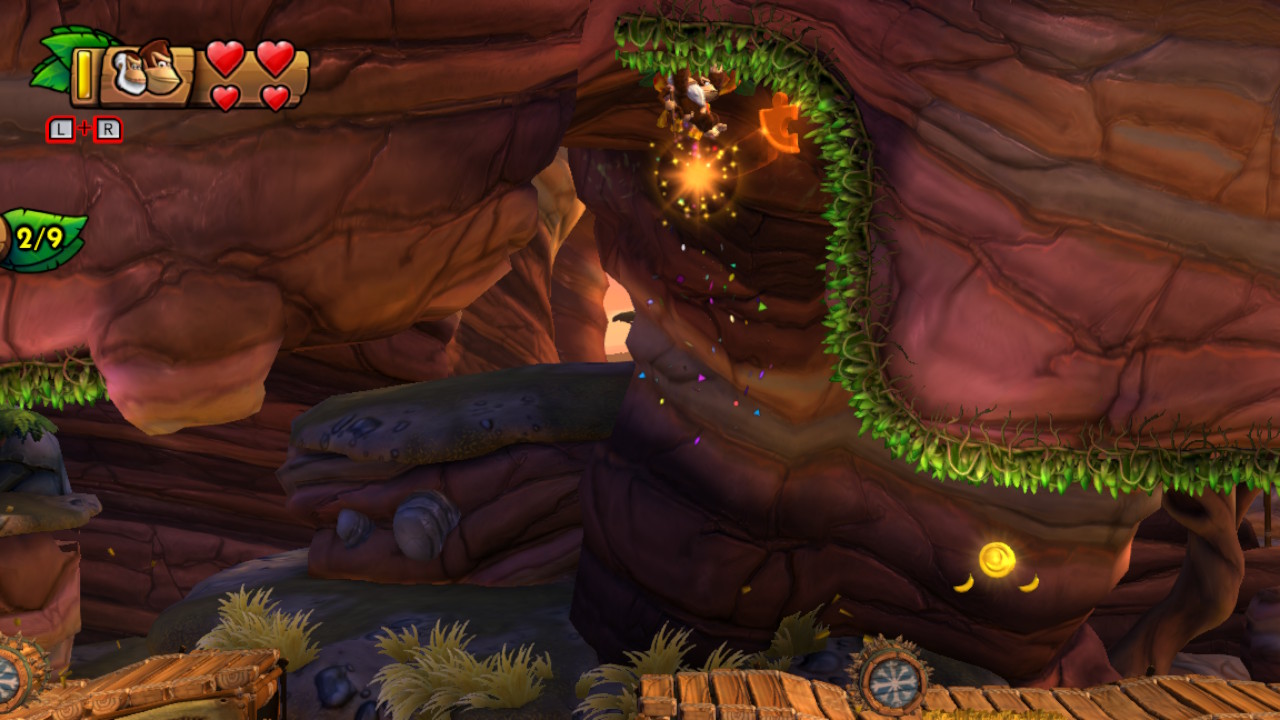 Press one of the attack buttons while standing still, and DK and pals will slam and slap on the ground, which will burst any nearby containers, or even open up secret trap doors that you might be standing on.

Not so good for attacking, but great to open up new paths and find hidden treasures.

This one only works on special handles that you'll see in the ground. Shaped almost like a golden plug, the Kong family can pull at them to uncover bananas, items or even new paths forward. Press ZL or ZR triggers to activate.

Grabbing works in the same way. You can grab barrels or certain toppled enemies, and release the trigger to throw it. Some secrets will be hiding in sacks, or behind doors that require having something thrown at them. 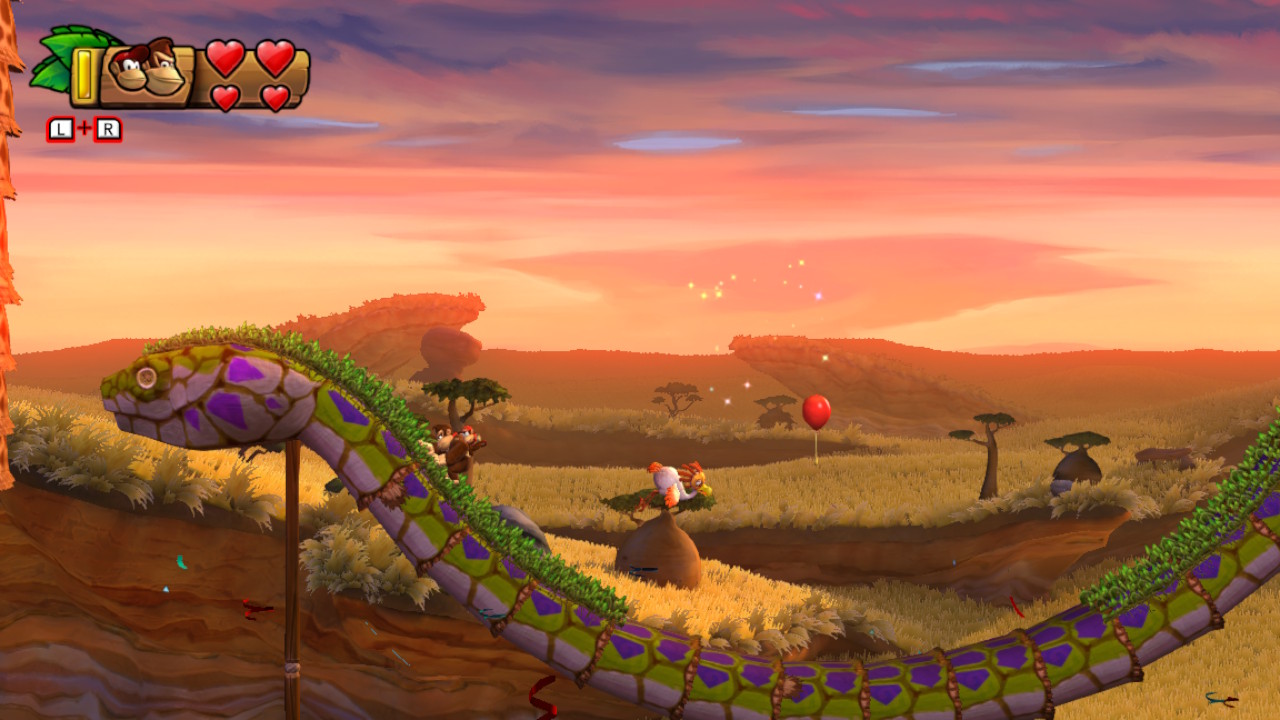 The leader of the bunch. You know him well. And if you don't know him? Well, get to know.

Donkey Kong is the main character, and he also happens to be possibly the least useful? I mean, he has the basic moveset, and nothing else. It's not bad, but the other Kongs can do everything DK can, and more?

The whole game is completable with DK alone, all jumps and platforming challenges are balanced to allow for his more limited mobility, and taking him through the game will be a steep challenge.

Diddy is DK's classic wee pal, and in Tropical Freeze he has a rocket barrel backpack to help DK on his platforming adventure.

Holding jump in the air will allow Diddy to hover in the air for a very short period of time. What else does he have? Erm… Well… 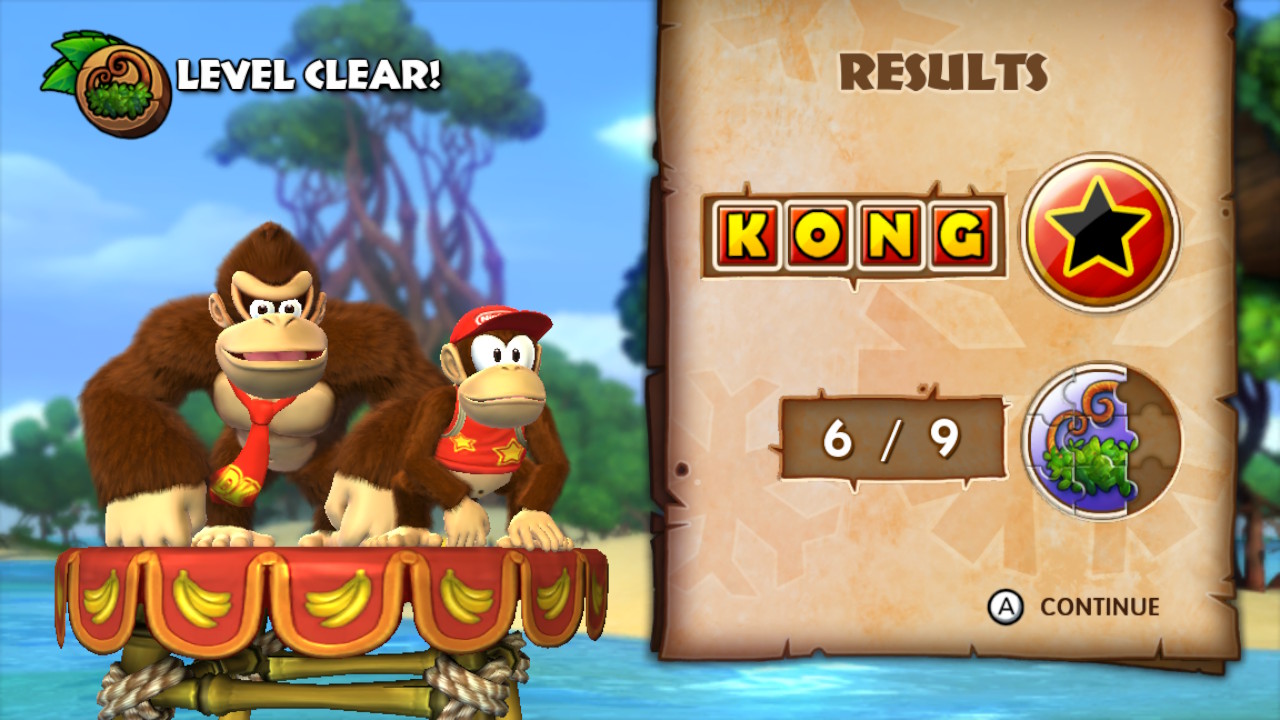 Another Kong pal, Dixie is, well, a lot like Diddy, actually. With her banana-like tuft of hair she can hover for a brief period, like Diddy, but she will also fly up ever so slightly, giving you a bit more air.

Cranky's more interesting than the other two minor Kong pals. His double jump is instead a fast plunge down to the ground, where you'll bounce straight off enemies, spikes and much more.

Cranky essentially amounts to an easy mode, making things much more simple to cruise through levels and reach difficult platforms since he bounces so high. Plus, even enemies with spikes on their head won't be able to fight against you. 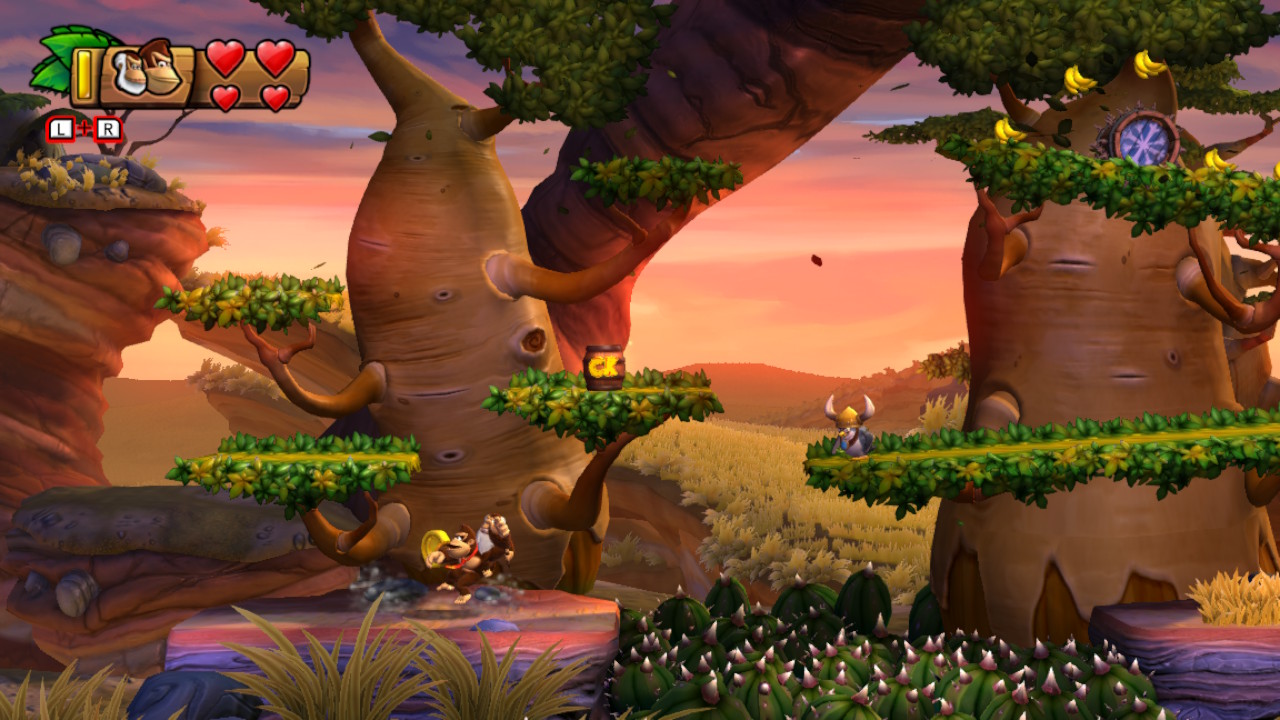 Oh, did I say Cranky amounts to an easy mode? If that's true, then Funky Kong is ultra easy, or something.

Funky leaps through stages, has extra health and basically comes with all of the above Kong's moves. Hover? Yep. Slightly higher jump? Sure. Protection against spikes? Sure thing. He has it all, and he breaks the game so much that you can only play as him if you start the game in Funky Mode.

Next Up :
The Ramp: Three things to know about the minimalist skater