We all need our heroes

July is fast approaching and the summer is hotting up.

That means it's time for you European PS Plus subscribers on Vita to find out what games you'll be able to grab for free next month.

You get to play as the Lego block version of the Dark Knight (and many other heroes) as he attempts to save Gotham City once again.

Expect to bump into Penguin, Riddler, Harley Quinn and the Joker along the way.

In our review of the iOS version, we said: "Aside from some occasionally irksome controls, Lego Batman: DC Super Heroes proves that the tried-and-tested Lego formula can work on almost any device". 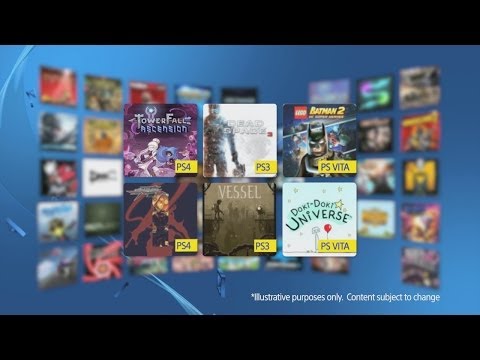 Your second game is the weird and wonderful Bronze Award-winning Doki-Doki Universe.

This is a hand-drawn adventure set across multiple planets and asteroids.

You'll meet bizarre characters and learn more about them as you help them out. You'll also steadily learn about the character you play as.
In our review, we said: "Doki-Doki Universe is a feel-good video game. It isn't going to challenge you, and there are some technical issues, but it'll still give you a warm fuzzy feeling inside".

That's your lot. There'll be a couple of decent games to keep you busy in the peak of the summer, then.