Kabam has announced a wicked new in-game event landing on Disney Mirrorverse next month, letting players get deliciously sinful as they build their roster of Guardians in this mobile RPG. A brand new trailer also treated fans to a special sneak peek at villainous characters during the Disney and Marvel Games Showcase on Friday.

In particular, Disney Mirrorverse's Villainous Guardians take centre stage in the latest teaser trailer, showing off their skills against the Fractured. The trailer features baddies taking over the action RPG as Oogie Boogie from The Nightmare Before Christmas teams up with Ursula from The Little Mermaid to fight the good fight. Scar from The Lion King and Hades from Hercules also join the fray, and even what seems to be Jafar from Aladdin makes an appearance.

Moreover, players can also look forward to a special in-game event on October 6th called "Haunted Hallows", where players can take down the Fractured using the Villainous Guardians in their roster. They can gather Frightful Flames as well and trade them in exchange for cool prizes. 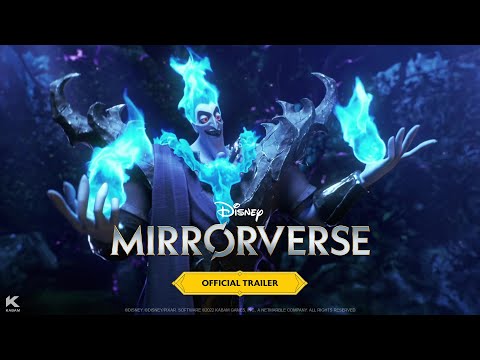 If you're eager to join in on all the fun and experience the game for yourself, you can download Disney Mirrorverse on the iOS App Store and on the Google Play Store for Android devices. It's a free-to-play game with in-app purchases. You can also join the community of followers over on the official Twitter page to stay updated on all the latest developments, visit the official website for more info, or have a look at the embedded clip above to get a feel of the villains in store for you.

Next Up :
The Battle Cats is celebrating its 8th anniversary with a tonne of special events and rewards

Disney Mirrorverse tier list of best guardians that you can pick