Dino Clash: Tribal War lets you battle both cavemen and gigantic dinosaurs, coming to mobile in 2022

Dino Clash: Tribal War is fulfilling everyone's dreams of pitting a huge army of cavemen against a T-Rex (even if that sounds a tad too specific, it's still worth wondering about, isn't it?). The upcoming strategy game from NEOWIZ and Nanali Studios lets players amass a huge prehistoric army filled with angry chieftains and rage-fuelled cavemen to war against neighboring tribes and wild dinosaurs.

In Dino Clash: Tribal War, you'll not only strategize the best course of action to take in order to defeat rival cavemen, but you'll also have to take down gigantic reptilian monstrosities in the wild. Of course, you won't have to go into battle all by your lonesome, as you can lure those very same dinos to your side to fight the good fight. 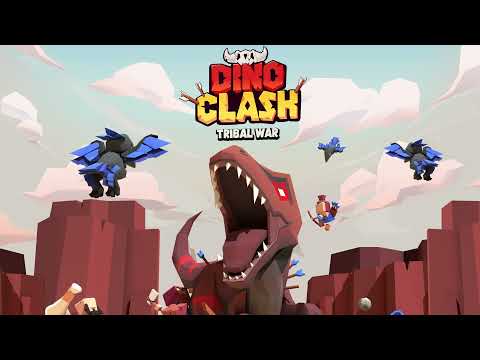 You can destroy opposing tribes as dinosaurs rampage towards them to help you out, or recruit giant troops wielding equally giant weapons by your side. Described as a "historically inaccurate but effortlessly fun strategy game", Dino Clash: Tribal War does seem to be a hilarious take on your average strategy game. There's just something ridiculously funny about watching tiny low-poly troops charging towards each other in the battlefield.

Coming to mobile in early 2022, Dino Clash: Tribal War lets you "collect them all" and engage in both PVP and PVE battles. For now, you can join the community of followers on the official Facebook page or visit the official website to stay updated on all the latest developments. You can also take a sneak peek at the embedded trailer above to get a feel of the gameplay.

Are you on the hunt for more mobile titles that will unleash the tactician in you? Why not take a gander at our list of the top 25 best strategy games for Android phones and tablets in 2021?

Next Up :
MIR4 launches global new year's event with a new region and NFT trading system