Defenders of Ardania developed for iPad alongside PC, Xbox 360, and PS3

Paradox Interactive’s Defenders of Ardania is one of the first games to be developed for iOS alongside the likes of Xbox Live and PlayStation Network, rather than a port made further down the road.

The game is a multiplayer tower defence game, with support for up to four players. Two players could be focusing on building an impenetrable fortress, by erecting towers and guards to fend off advancing enemies, while the other two assume the offensive position by training and upgrading units to attack the enemy bases.

The multiplayer component offers three different game modes where players can assume either the defensive or offensive sides – or both.

There’s also a single-player campaign, which has you taking both the offensive and defensive sides at the same time. You’ll need to construct a suitable fortification for your tower, while simultaneously ordering an army of units to attack the enemy base. Sounds complicated.

The final game will feature 24 different upgradeable towers, and 24 different units to assemble into armies. There will also be offensive and defensive magic spells, and interactive environments that change over the course of the match, and affect gameplay.

Defenders of Ardania will be released on iPad, Xbox Live Arcade, PlayStation Network and PC in Q2, 2011. Meaning, before April. 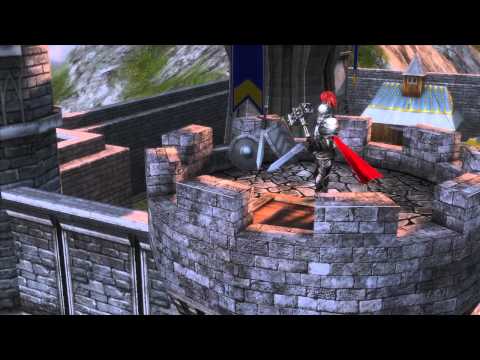 Subscribe to Pocket Gamer on
Next Up :
Minecraft partners with Mattel for Camp Enderwood experience

Tower defensive goes on the attack