Rayark International Limited has announced some awesome prizes up for grabs for players who pre-register for DEEMO II. The musical RPG adventure on mobile takes players on a whimsical journey through the pouring rain, with a haunting melody at the centre of it all.

In DEEMO II, players embark on an epic quest to save the world from the so-called Hollow Rain. In anticipation of the game's official launch next year, players can pre-register for the mystical title for a chance to nab cool in-game goodies and an iPhone 13. Simply participate in the event and enter your name and email address to join the raffle draw on the official website.

In case you're not familiar with the title, you follow the tale of Echo - a little girl who wants to save her world - and Deemo - a guardian spirit who keeps Central Station intact by playing the piano. As you progress through the game, you'll encounter a cast of quirky characters and have to match the rhythm of musical notes to complete tasks. 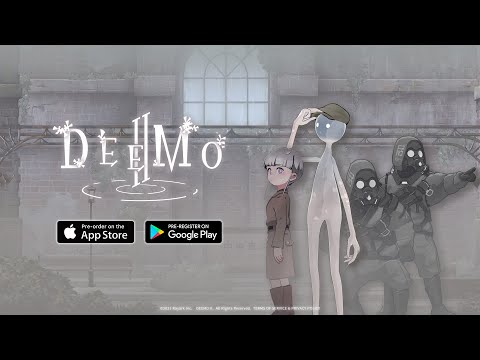 If you're curious about the game and want to give it a go, you can take a little sneak peek at the embedded teaser trailer above to see the breathtaking animation sequences in action. From the footage above, it does seem like it'll be an emotional journey, and the character art looks absolutely stunning. The trailer alone sort of tells you that it's going to be a total visual treat. You can also join the community of followers over on the official Twitter and Facebook pages to stay updated on all the latest developments.

Otherwise, you can pre-register for the game on the official website, or over on the iOS App Store and on the Google Play Store for Android devices. It's a free-to-play game with in-app purchases.

Are you on the hunt for more free titles on your mobile device? Why not take a gander at our list of the top 25 best free games to play on your iPhone, iPad or Android Phone in 2021?