When the PS Vita was launched last year, there was a lot of talk about the system's potential to sync up with the PS3 and deliver Cross-Play multiplayer.

Since then, we've seen a handful of titles take advantage of this platform-uniting function - PlayStation All-Stars Battle Royale and WipeEout 2048 spring immediately to mind.

Now, Polish dev Blooper Team hopes to make this platform-straddling experience available to every Vita owner by releasing Deathmatch Village, a game that not only supports Cross-Play, but is also free-to-play.

According to its dev, Deathmatch Village is a three-on-three arena fighter, designed for Vita and PS3.

You will be able to indulge in melee combat and gunplay, with access to "dozens" of weapons, plus a selection of handy items and skills.

When you're not pummelling your foes into paste, you'll be able to train up fighters, buy items, and modify loadouts at nearby village hubs. 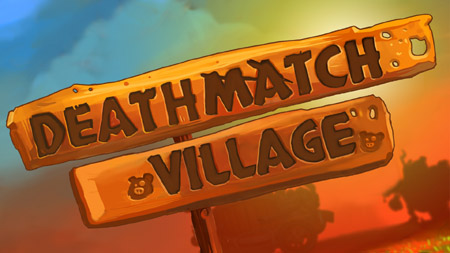 In Blooper Team's view, the necessity for players to cough up for two copies of a game (one for Vita, one for PS3) to use Cross-Play functionality is a barrier to many.

To get around this financial obstacle, you will be able to download Deathmatch Village from PSN for free, meaning you won't have spend a penny to get a PS3 vs Vita battle underway.

Beyond Deathmatch Village's support for cloud saves and trophy sharing, we don't know much more at this point about the game.

We've yet to have our socks blown off by a F2P Vita title (though Ecolibrium was enjoyable enough), but we're open to the possibility.

With no confirmed release date for Deathmatch Village, though, we're just going to have to wait and see whether it can deliver the goods.