Off the top of my head I could list Hollow Knight, GoNNER, and Yoku's Island Express as worthwhile and wonderfully diverse examples.

You can now add Dead Cells to that pile. It's okay to leave it laying on top. You won't be playing anything else for the next couple of weeks.

Dead Cells might look like another Metroidvania, and it certainly has more than a trace of that sub-genre to it.

This is a sprawling, challenging 2D platformer in which you steadily increase your character's capabilities and slowly come to understand more about the hostile world around you. 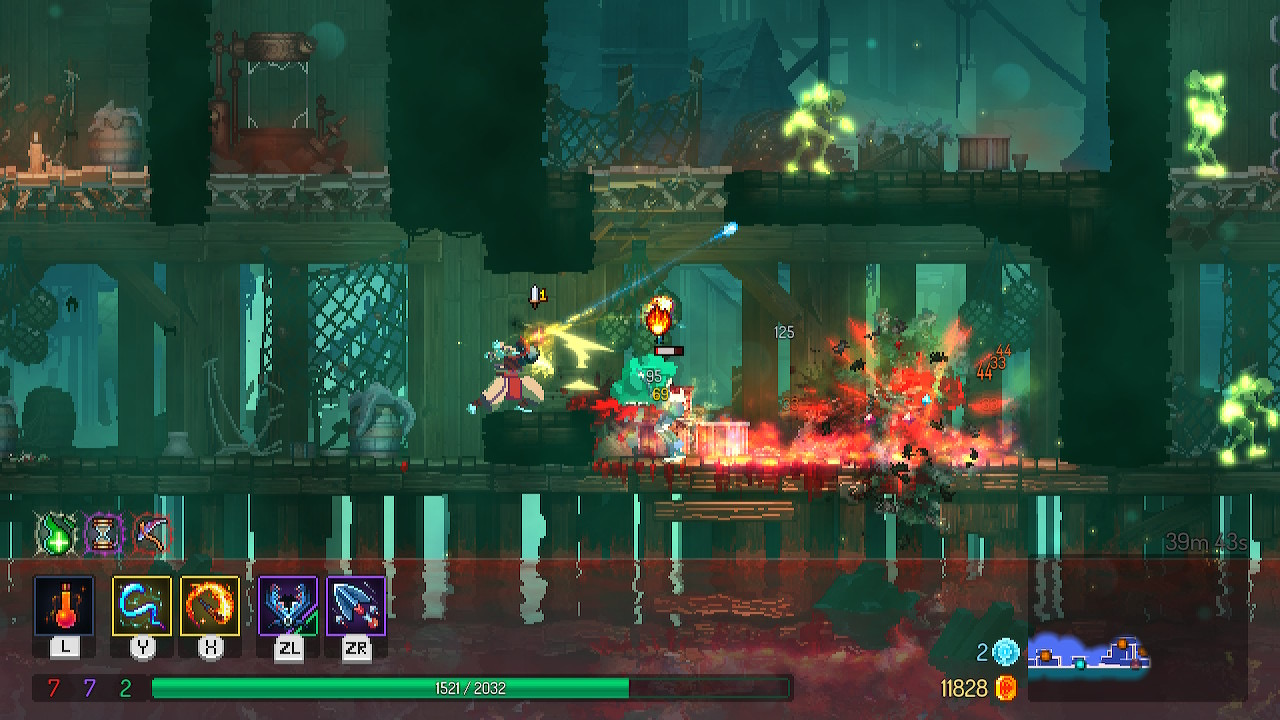 But it also goes quite heavy on the roguelike elements, with randomised level layouts and a permadeath system. There's not a great deal of backtracking involved either.

In fact, the Switch game Dead Cells most reminds me of is Enter the Gungeon, which isn't even a platformer. It's something about those aforementioned roguelike elements in concert with the game's deliciously crunchy combat, diverse weapon combinations, and incongruous humour.

You awaken in a dank prison as a newly reanimated and formerly headless corpse, with only a handful of oddball characters and a whole bunch of ghouls for company.

It's an inauspicious start, and one that sets the tone for the game's off-kilter, blackly humorous approach. There are few straight answers in the Dead Cells universe, with only a steady drip feed of suggestive snippets and laconic NPCs to feed your curiosity. 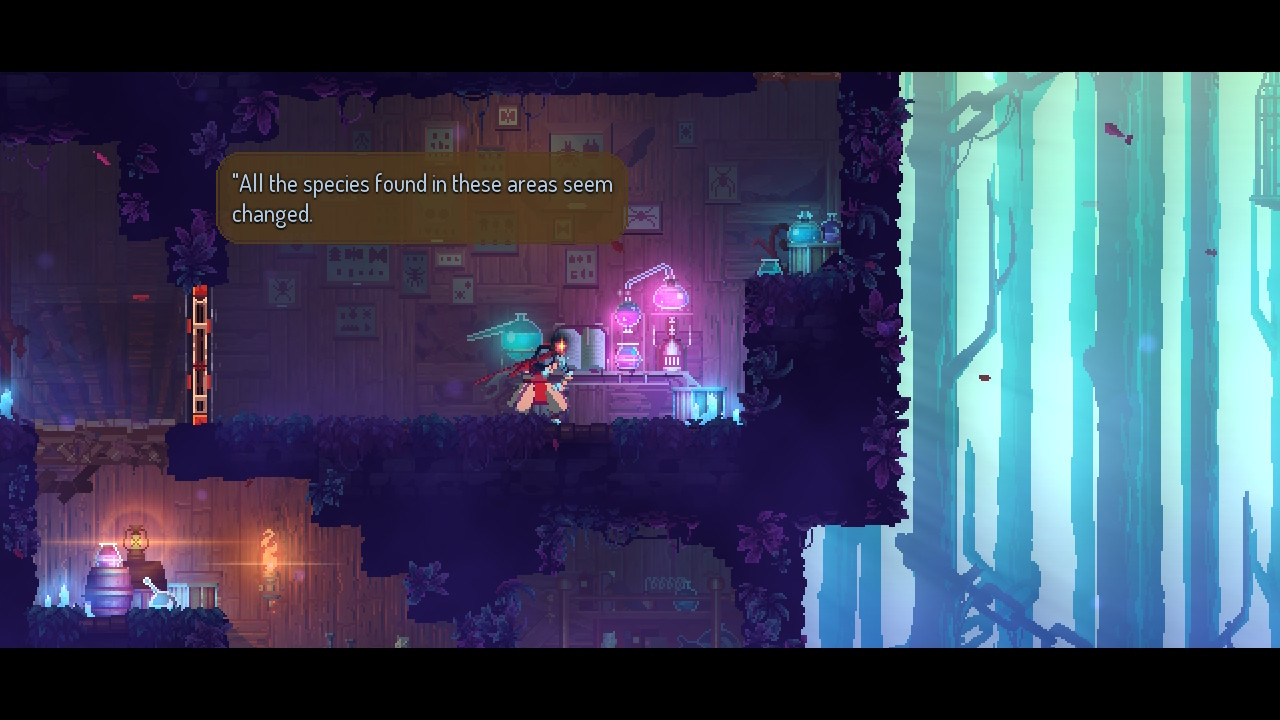 Ahead of you is a range of levels that follow a set sequence of themes, but where the precise layout and contents are refreshed with each run.

Which is a good job, really, because you'll be running through these early stages repeatedly. This is one of those games from the Spelunky tribe, which demands that you 'git gud' if you want to see deeper into it.

And you do. Believe me, you do.

Your first task is to choose a secondary weapon to accompany your sword. The bow will give you a long range edge, while the shield lends you the ability to block and parry attacks.

Straight away this lays down the overwhelming strength of Dead Cells - its varied, balanced combat mechanics. You'll encounter souped-up, alternative projectile and defensive weapons as you progress through the game, many of which have the potential to completely change how you play. 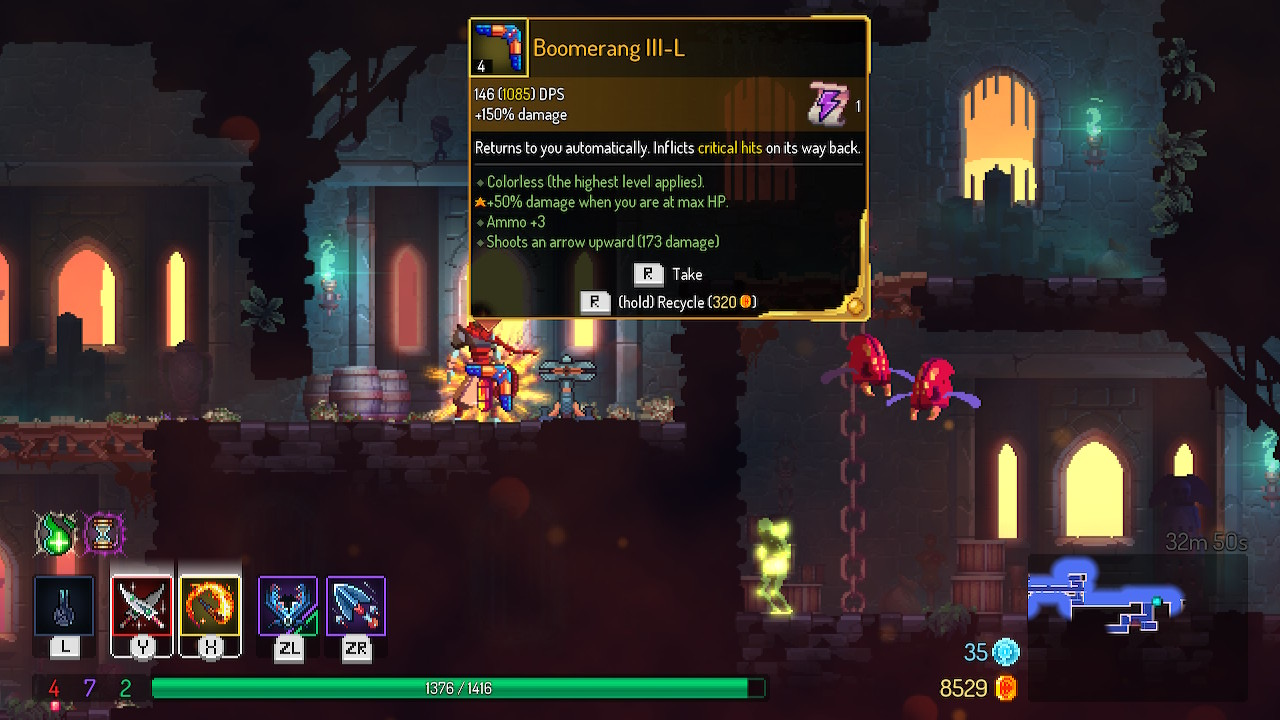 There are crossbows, throwing knives, hammers and whips that poison, set alight, stun and freeze. There are ones that snag you back some health, or cause a great deal of damage in exchange for lowering your own HP.

Dive just a little further into the game and you'll encounter additional weapons that map to the ZL and ZR buttons. These can take the form of automated turrets, grenades, Molotov cocktails, bear traps and more - each with their own particular status effects.

If you manage to survive for any length of time, you'll invariably find your loyalty to a preferred set-up challenged by an intriguing new toy.

One of the truly delicious things about Dead Cells is that, despite its difficulty, it's almost possible to break the game in your favour. You'll put together inspired combinations of weapons that absolutely pulverise the shuffling zombies, grenade-chucking monsters, and evil archers that you face.

You'll devise sneaky/cowardly tactics that mean you don't even have to engage your opponent head-on, or else turn yourself into a tank that only gets stronger as you wade into the fray. 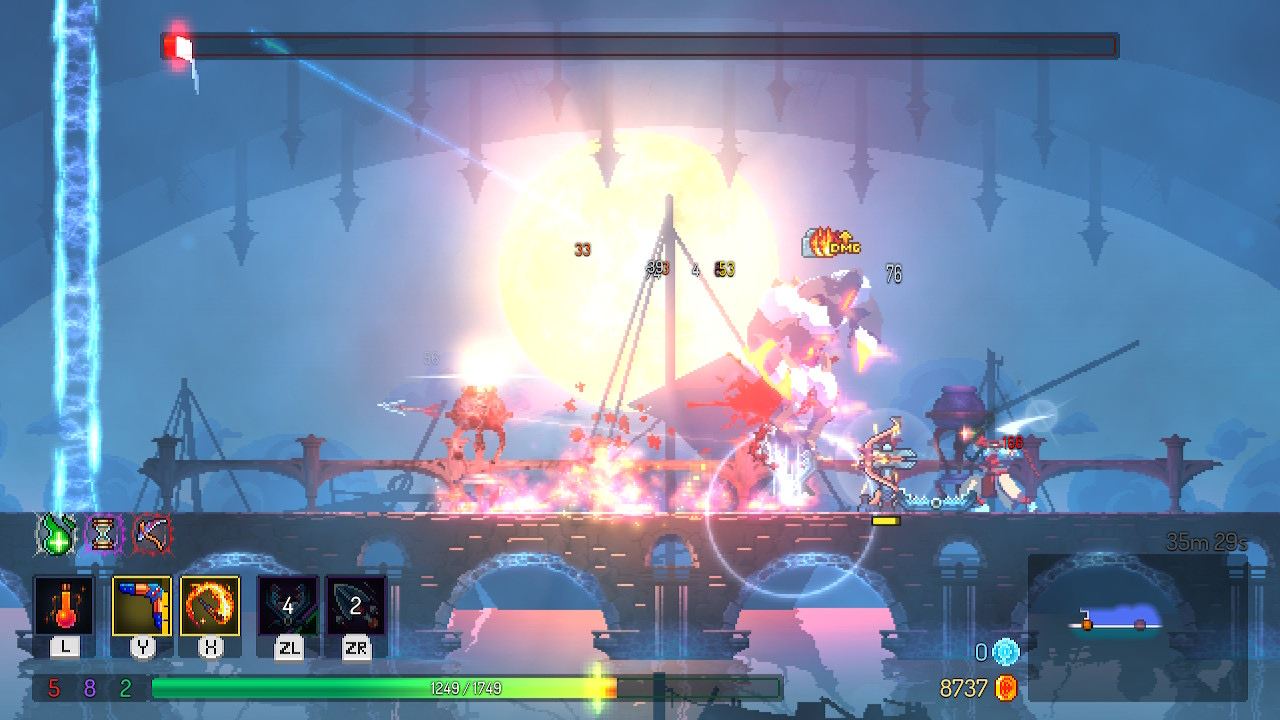 Of course, you're not breaking the game at all. Developer Motion Twin knows exactly what it's doing here, and the feeling of superiority will only last until your next untimely death.

Maybe overconfidence will cause you to stumble into a deadly combination of enemies. Maybe a new foe will catch you out. Or maybe you'll open a cursed chest that inflicts you with a one-hit status.

Dead Cells is constantly mixing things up in this way, with the pendulum swinging between empowerment and fragility at a fairly regular interval.

Special mention should go to the way Dead Cells looks and sounds. You could describe it as yet another game that subscribes to a retro pixel-art aesthetic. But that would ignore the fact that it has a beauty and a style all of its own.

Each character has had a huge amount of attention and detail poured into it, while the backgrounds are always vivid and full of life. 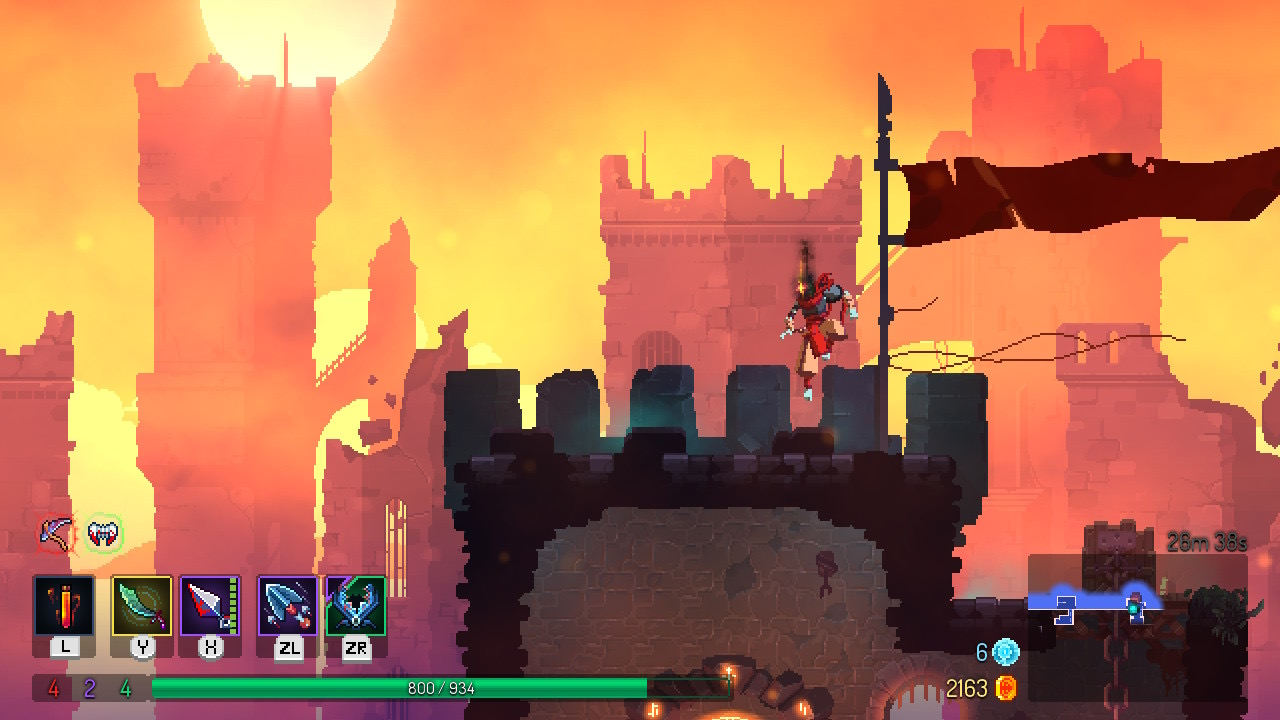 Complaints? I have very few. The randomised level system isn't the smartest around, meaning that the stages lack that hand-crafted feeling that the very best roguelikes manage to instil. You'll often encounter pointless dead-ends and repetitive clusters of level elements.

I also detected the odd performance glitch on Switch. It's not game-breaking by any means, and hopefully such technical snags will be patched out and smoothed over.

These are minor quibbles though. Dead Cells is a masterful action-platform adventure that's packed full of stuff to tempt you back in for another run - whether it's a tantalising piece of lore, a fresh weapon blueprint, or just more of that beautifully tactile combat.

Dead Cells is a masterful roguelike platformer with some of the most satisfying combat around and a beguilingly appealing dark-fantasy world to explore.
Next Up :
Pawnbarian review - "A minimalist roguelike that's hard to put down'"