Nexon developed and published hack ‘n slash RPG Darkness Rises has begun the celebrations for its fourth year of service, dropping a massive update in honour of the loyal fanbase that has stayed tuned to the game since it came out back in 2018. This new update will bring with it a new raid boss, major improvements to the new player experience, expanded levels, and even more.

Let’s start with highlighting that new raid boss. The demonic Haureth busts onto the scene, offering up a late-game challenge for the most hardcore of Darkness Rises players. Haureth will challenge even the toughest players out there, offering up a skillset that is insanely tricky and difficult to plan against. This fight is meant to challenge players who have put years into this game, so make certain you and your raid partners come prepared.

Next, what is potentially even bigger than that new boss is the super improved beginner experience. New players will now be able to see their own customized data to help them plan out their character even more and develop themselves based on said data. Improved adventures, new Gear growth, and a fair share of redone Beginner Quests will make the lower-level adventurers a bit more of a streamlined and enjoyable experience instead of feeling overwhelmed and losing interest in the game due to a large amount of mechanics and functions on display. 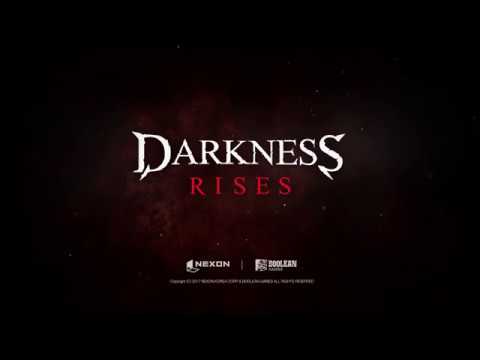 The other additions are smaller in nature, though the new Rank L Gear Sets are absolutely of note, giving late-game players new loot to chase after. This gear is the most powerful stuff available within Darkness Rises currently and will be your new best-in-slot to hunt down. Next, we’ve got the level expansions, which will allow players to increase their character’s Awakening Level and Awakened Transfer Level to grow their characters even further. And finally, there will be an assortment of Special Events to dig your teeth into to celebrate this big birthday as well.

As you can see, there’s a lot of offer here to celebrate Darkness Rises’ 4th birthday. If you’d like to check it out yourself, you can download Darkness Rises at either of the links below for completely free and get started! In the meantime, you can also check out details on everything featured in this article on the official Darkness Rises Website!