It's set to stick around until March too

Darkness Rises, Nexon's incredibly popular third-person action RPG, will be teaming up with Ubisoft on December 15th for a collaborative event with their IP, For Honor. It's set to stick around for a while too, being available until March 16th 2021. Plenty of time to enjoy all the content on offer.

During this time players will be able to head into battle wearing costumes that have been inspired by the different classes available in For Honor. This will include Kensei, Peacekeeper, Nobushi, Hulda, Warden, Raider and Black Prior. 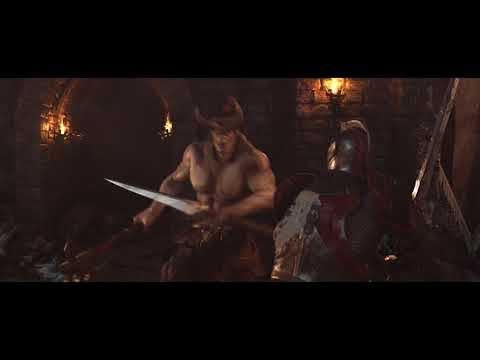 Additionally, the three factions – which are Knights, Vikings and Samurai – will be the basis for three new pets that will arrive on December 15th. To coincide with the start of the For Honor collaboration there will be various in-game packages available for purchase that will include the aforementioned costumes and For Honor Pet Eggs.

There will also be several events with various rewards to complete too. Firstly there will be Clear Mission Rewards. Here players can net themselves Rank A++ Armor Chests, Rank S Polish Chests and Rank S For Honor Pet Eggs by beating the missions.

Beyond that, there will be a Ranking Achievement Reward event. This will see players competing in a special collaboration Event PvP Brawl where they'll be able to win Rank S++ For Honor Costume Chests and full For Honor outfits if they manage to climb to the top of the ranks.

If you're unfamiliar with Darkness Rises it's a third-person action game that launched back in 2018. Since then it has amassed a following of over 23 million players.

Darkness Rises is available now over on the App Store and Google Play. It's a free-to-play game with in-app purchases.

Looking for more excellent action-packed games to play on your phone? Here are 25 of the best available for iPhone and iPad
Next Up :
Fortnite v21.20 update brings New Indiana Jones skin set, Charge SMG, and more