Darkest Dungeon guide - Tips to make every dungeon a breeze

How to make Darkest Dungeon easier.

When it comes to unforgiving games, Darkest Dungeon takes a huge slice of the bitter cake. Not only does it have rogue-like elements reducing the effectiveness of planning, but it's also a turn-based game which requires more thought. That being said, it has proven to be an enjoyable yet challenging game that is supported by high-quality visuals. The main goal is to lead a party of adventurers down into the depths of the Darkest Dungeon and emerge victorious, hopefully with some valuable loot to boot. However, it's a long journey to get there and rushing will only bring death. This is where our Darkest Dungeon guide will turn handy. You'll still die, just less.

While you can only take a party of four adventurers at a time per run, you can have a huge pool of potential party members to choose from in the hub area. New units will show up periodically with their own selection of skills and you're free to construct as many groups of four as you're able. There are numerous classes that all bring something different to the team, but make sure you test out each of them so you'll get a better understanding of who works best with who. Once you've done that, you won't have to rely on one team to do everything.

Before you can take on the Darkest Dungeon, you will need to get your party members to Resolve Level Six. Most units arrive at Resolve One but this can be raised as they complete dungeon runs at the same or lower Resolve. Keep in mind that party members can die permanently. They also won't fully recover when they return to town and can have lasting debuffs from their trips to the dungeon. Still, there are plenty of steps you can take to make sure that each time you'll dive into a dungeon, you'll have a better chance at success. 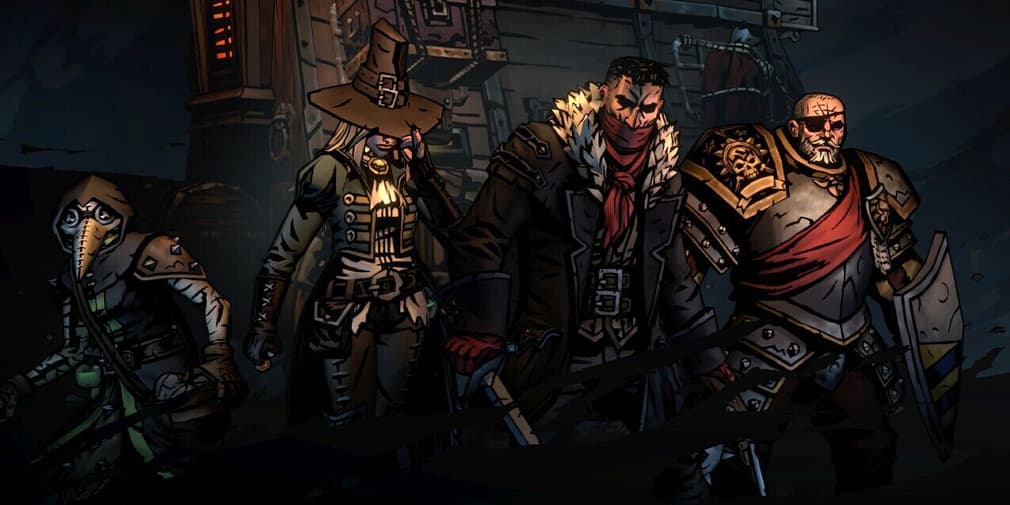 Within the first few hours of playing Darkest Dungeon, you'll be able to put together several teams of adventurers. Because of this, you'll end up with different combinations and you'll be able to determine which ones work the best and which classes you prefer. With this in mind, younger teams will not have all the experience and care of some of your preferred teams, so they can act as a scouting party. If there's a dungeon that you're not certain about or a boss quest you're still not confident in pursuing, it may be worth the risk to send some lower Resolve teams in to get a feel of the dungeon and the monsters within so you can prepare properly. 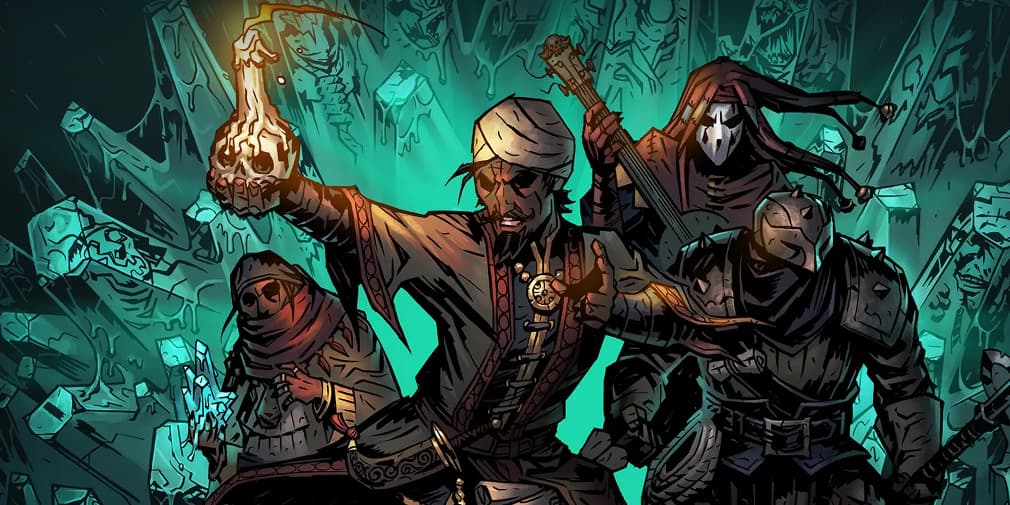 The good thing about Darkest Dungeon is that you'll never be short on units. Should any of them die in battle or be too injured to continue, you'll have plenty in reserve to take their place. This does mean that you will have to spend some time upgrading the equipment and raising the resolve of the new recruits so they can actually be useful. Of all the different classes, you should always be on the lookout for new healers. Items can only get you so far, which is why those with natural healing abilities should be sought. The strongest healers are the Vestal, the Occultist, and the Arbalest. There are other classes with healing abilities, but these ones are the most reliable and effective.

3
Tip #3 - Have a reliable source of Stress Relief 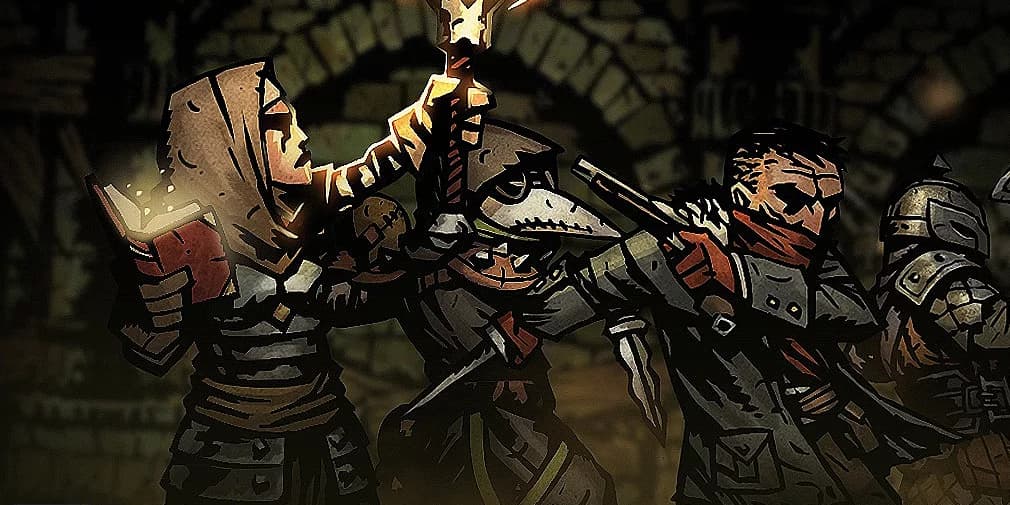 An important aspect that every unit has to deal with is Stress. As characters explore dungeons, their stress levels will rise as they experience haunting images, defeat, or simply spend time in the dark. The higher the Resolve a unit has, the more tolerance they have for stress. However, when stress reaches a certain point, units will be tested. They will have a chance to be empowered by the experience or be severely weakened. This can completely destroy a unit and even spill over to their teammates. This is why you need to make sure that you have ways to lower stress levels. Items and camping can help, but there are certain units that really shine when it comes to relief. These include the Jester, the Houndmaster, and the Antiquarian, so be sure to keep a few around. 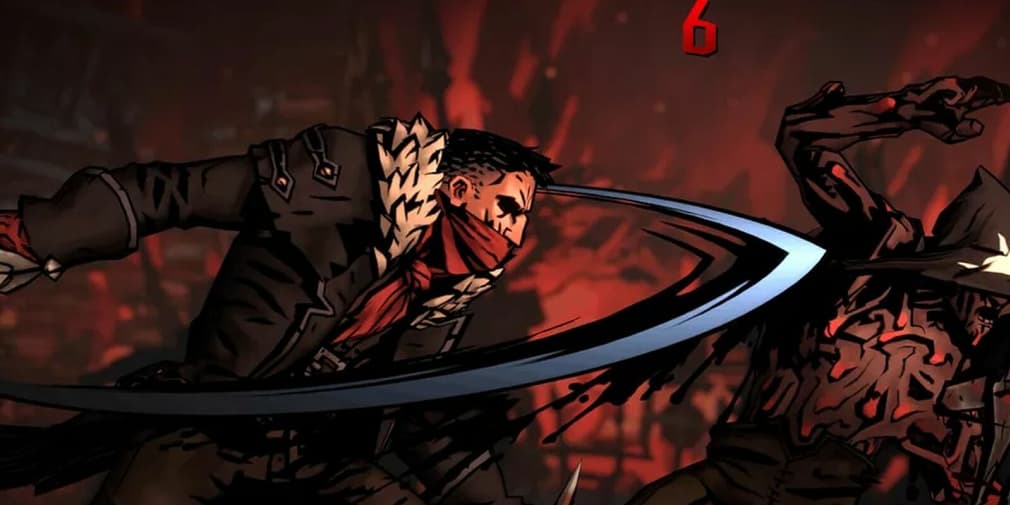 Darkest Dungeon is definitely a game where there's no shame in being cautious. Monsters and traps can snowball you and destroy a whole team in a matter of minutes. That's why it's important to dedicate time to strengthening their skills, improving their equipment, and raising their Resolve. Resolve levels range from one to six with the dungeons following suit. Make your teams and then have them grind the lower-level dungeons for relatively safe growth and easy loot. You'll be able to spam lower-level dungeons up until units reach a resolve level of five at which point they will only see fit to take on dungeons of level two or higher. 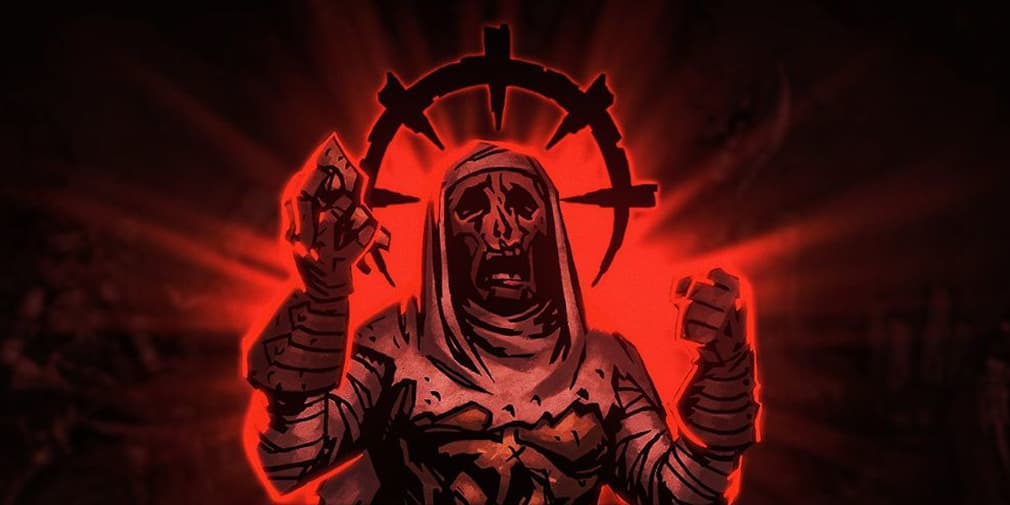 The town built outside the Darkest Dungeon acts as a much-needed place of rest and planning. It has all the usual elements of an RPG town with specific facilities dedicated to upgrading the many aspects each unit. One of the most interesting and valuable is the Sanitarium. This hospital is used to treat units that have gained a negative quirk. When they get stressed, units have a chance to pick up a negative quirk which can inhibit them in battle, during exploration, or work against the team. By contrast, being empowered by stressful experiences can give them a positive quirk. Use the Sanitarium frequently to remove negative quirks as well as lock in positive quirks for future runs. 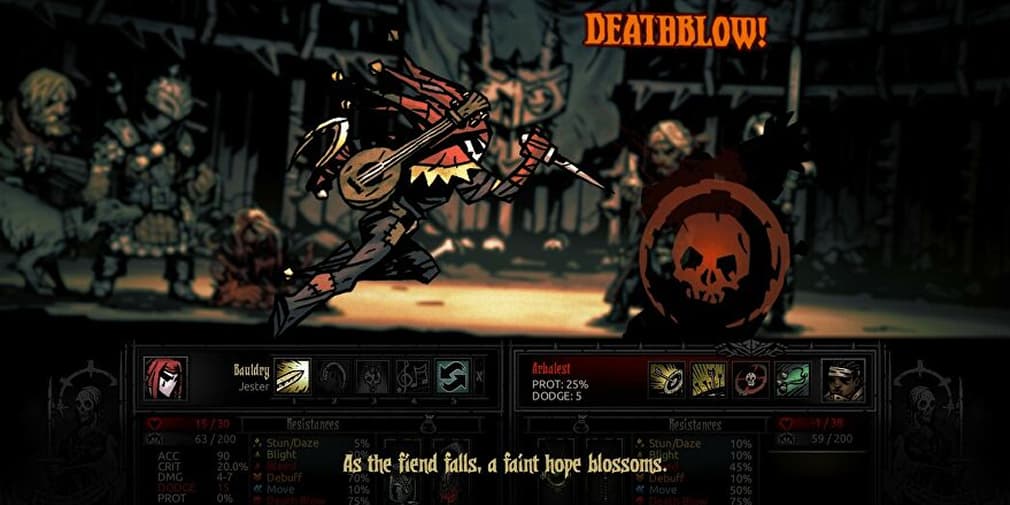 Aside from their stats and equipment, a unit's most defining characteristic is its skillset. Each one can learn several skills but can only equip a few at a time when going into the dungeon. When a unit arrives in town, they will already have a skill loadout assigned to them. You can either strengthen the skills they already have or learn ones you'd prefer. While there's a risk of spreading their growth too thin, just make sure you focus on the skills you really want while pouring additional points into secondary ones. A versatile unit is far more valuable in the long run. 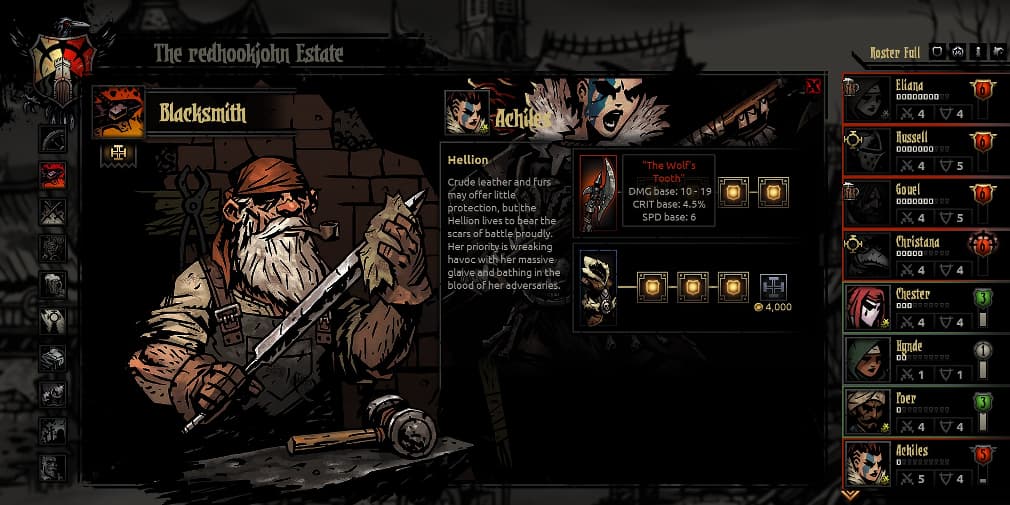 Each class comes with natural boosts, but they're also defined by their equipment. Each one has several slots for a weapon, a piece of armor, and a trinket. While exploring the various dungeons you'll come across a lot of loot, including gear that you can give to units. Unfortunately, this isn't the most dependable strategy for getting better gear as there are no guarantees as to what you'll find (though the Antiquarian will help locate better treasure). So when in town, make sure you visit the Blacksmith to upgrade any weapons and armor you have. Also be sure to keep the Blacksmith upgraded so you can reduce the upgrade prices as well as gain access to higher levels of upgrades. Trinkets need to be found or bought but provide much-needed passive boosts.

8
Tip #8 - Use the Abomination strategically 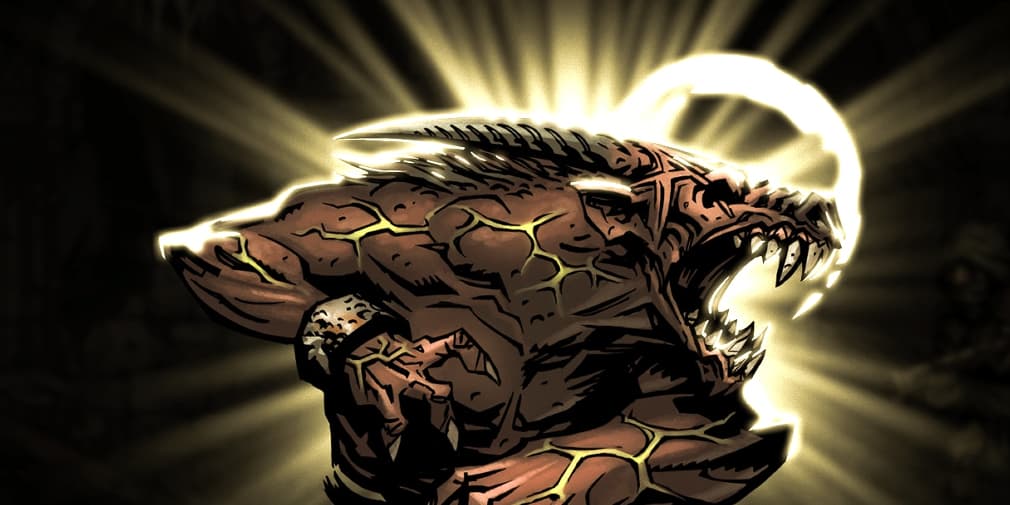 Darkest Dungeon hosts a huge number of units with their own strengths and weaknesses, but none are quite so volatile as the Abomination. This being the game's take on werewolves, the unit appears as a ragged sorrowful man afflicted with a condition that lets him turn into a powerful beast. Although the party restrictions have since been removed, the Abomination can be a tricky unit. It is arguably one of the strongest and most resilient units, making him perfect for scouting missions and for quick plundering. The issue is making sure you have a way to manage the stress effects he brings to himself and the party. There are skills to help with this and once you master them, this unit will make dungeon-diving that much easier. 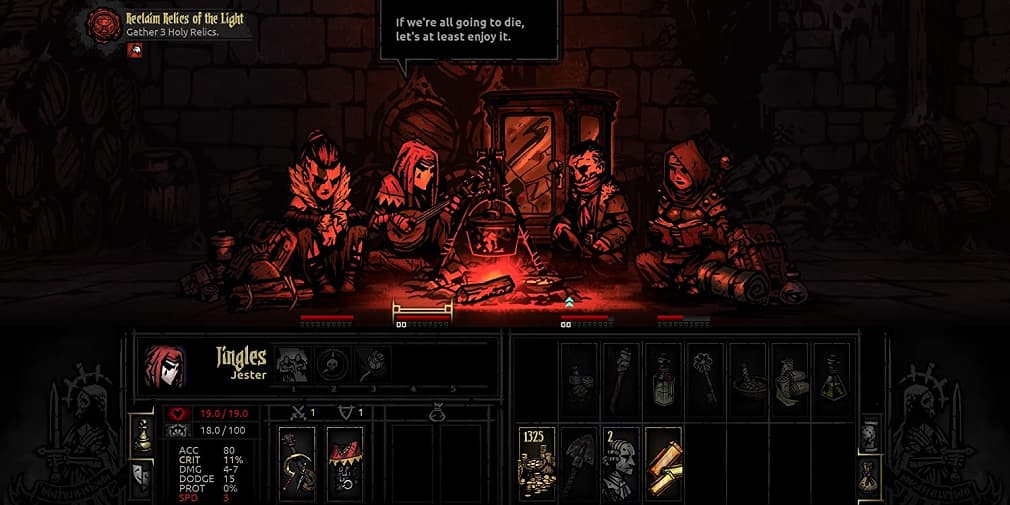 When you're exploring the dungeon, it's never clear how big it is or how far you'll have to go to reach the end. Maps can help, but it doesn't change the fact that any number of monsters can stand between you and your goal. Dungeons are a gauntlet and the only sense of relief and recovery you'll get is by setting up camp. To make the most of it and allow your units to do more at camp, visit the Survivalist frequently in town. This NPC will train and enhance your Camping Skills so that you can recover more health, relieve more stress, and even find more items while resting. 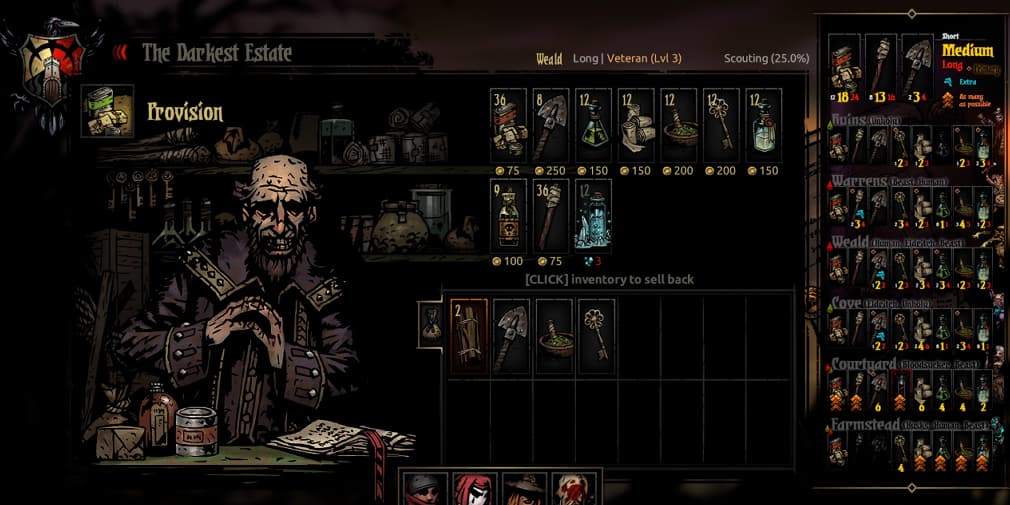 It's normal to want to travel light so that you can carry as much loot as possible. Both the Antiquarian and the Graverobber can help you find and carry more, but you should still make use of the available space you have before going in. There are plenty of shops in town that sell useful items that have specific uses. While it's never certain that you'll encounter something that requires such an item, as the adage states, "It's better to have something and not need it, than need it and not have it." Not only can these items protect your units from having to do things with their bare hands, it can also clear routes, uncover new treasure, and grant your units helpful stat boosts. It's all worth it to raise the chances of keeping your team healthy and able for the next big fight.

That's all we have in the Darkest Dungeon guide! We hope that it will help you out and relieve you of all the unnecessary stress (pun intended). For the fans of the genre we have the best iOS roguelikes and best Android roguelikes with 25 games on each list, so we are sure you'll find something to suit your needs.