The previously Switch exclusive Danganronpa S, developed by the ever so legendary Spike Chunsoft, has finally launched onto mobile devices. This spin-off of the popular Danganronpa series sees the cast of each Danganronpa game on a beach vacation, and mostly involves a lot of fan-service content that will be a treat to anyone who’s found themselves in love with the cast of the series. Originally introduced as post-game content for Danganronpa V3: Killing Harmony, Danganronpa S: Ultimate Summer Camp is an extended version of that same content with a bit more meat on its bones.

To sum up exactly what Danganronpa S: Ultimate Summer Camp plays like, think of it as a board game. If you played the post-game content for V3, you took part in the Ultimate Talent Development Plan, which is exactly what this is, except that S has far more to it and a ton of content to unlock and experience whereas the UTDP was mostly a tiny side game. Dangaronpa S features a lot of what you might already love about the series, minus all the death and intrigue. Instead, this is all about a fun Summer vacation with the characters you love and watching them all interact with one another. 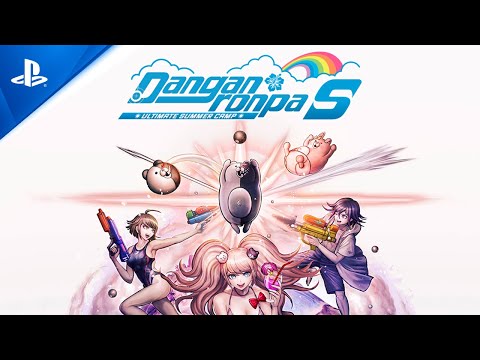 Again, this is less a new Dangaronpa game and more a large bit of fanservice for people who already love the series. With 60 characters, new sprites, new CG scenes, and over 1,000 different character events and interactions, it’s easy to see why this has enough content to warrant making it its own game rather than a simple bit of post-game content.

To unlock all of these interactions, you’ll basically be levelling up stats and unlocking gear that will then allow you to unlock those new scenes with whichever characters you want to up your relationship with across the 50 in-game days of time that the experience takes place over. It’s a simple system, not a ton of depth, but that just means it’s way easier to see all of the content with the characters you love.

So, if you’re a fan of the now super popular Danganronpa series, this one's for you. If you’d like to give it a go yourself, you can check it out at either of the links below!

Love the Danganronpa series? Why not check out some similar visual novels on our Top 10 best mobile otome games?!
Next Up :
Path of Titans' closed beta test is now live

Danganronpa S: Ultimate Summer Camp lets you revisit the board game from Danganronpa V3, coming to mobile on July 21st