Dadish: Some basic tips to help new players in this adorable, humurous platformer

Saving the veggie kids, one level at a time

Dadish is one of the more popular platformers on mobile. It features great colors and plenty of adorable humor for the player to enjoy. It's a game about a dad, who is also a radish (hence the name "Dadish". Guess you can say he's a Rad Dad as well).

In the game, you have several children, and while watching them, you fall asleep. While you're asleep, a balloon floats by, causing the kids to get excited. Next thing you know, they're all off for the races. This leads you to wake up, wondering where they went. And that's where our game begins.

You need to complete different levels, each with its own obstacles. By reaching the end of them, you'll find one of your many lost child radishes. When finding them, you'll see some cute dialogue between Dadish and the kid that he finds. It's one of the small things you can love about the game. But here are a few tips to know if you're new to the experience or are a potential player.

Get Comfortable With Jumping 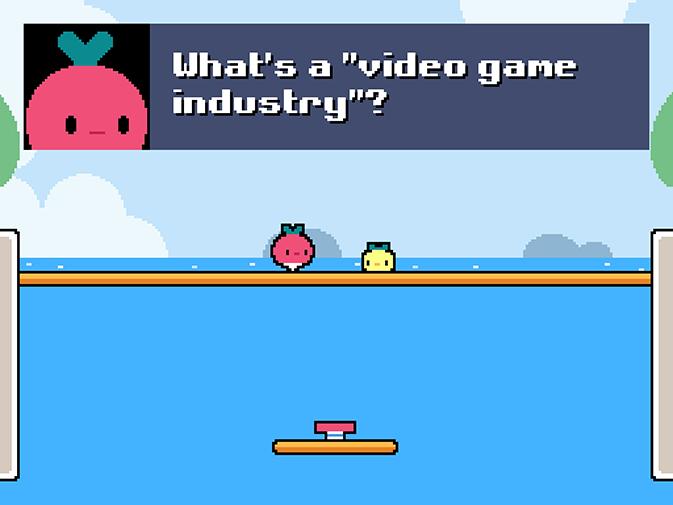 One of the beautiful things about Dadish is how smooth its platforming gameplay is on touch screen. You'll move and jump nicely with each button press. Speaking of which, the button placements are great and make things easier to control.

But, it's definitely a good idea to get used to jumping. I say this, because you will have the ability to double jump, and this can save you at key points. On some levels, obstacles will require you to time your first and second jump at the best time to get through.

Now, you don't have to worry about this in the first few levels, but as you progress, you'll notice that things will start to get a tad bit trickier. So try to get familiarized with the jumping mechanics as best you can. You can go back and play on earlier levels if you want to practice and master it.

Pay Attention to the Environment

Dadish has plenty of obstacles for you to overcome. However, it's not always that obvious. Sometimes, hazards will have certain effects. For example, you'll sometimes have some block platforms you can stand on that are broken up into several squares.

Some of those squares might break beneath you. If there's something like spikes at the bottom, then you're in big trouble if you don't anticipate it. Many times, you have to go through these movable obstacles in order to reach your goal. Just try to avoid other hazards when you fall through.

But definitely pay attention to any changes you might see. Sometimes you can get caught off guard if you aren't careful. Prepare yourself mentally for what the environment might present to you and you'll be gravy and mashed potatoes.

One of the coveted items in Dadish you can grab is Stars. These will usually be spotted towards the middle of each level. If you want full completion, you'll need to grab these stars. However, don't worry, as they aren't necessary to grab.

Also, don't worry if you missed one or two of them, because you can always revisit previously played levels in the game. But they're usually in some tricky spots which can make them slightly challenging to get. Luckily, they aren't terribly hard. It's not like trying to go for strawberries in Celeste (Oh, nightmare fuel).

Going for stars is also an excellent way to test your jumping skills as well as your environmental awareness like we talked about. So go ahead, and reach for the stars as you try and bring your kids back home, Dad(ish) of the Year.

0/3
Next Up :
Words for a Bird: Some basic tips to help you in this sentence puzzler