Cyber Hero Mission Runner is set in the cyberpunk genre as a top-down vertical shooter where you play as a hero who uses fast-paced actions and attacks to clear rooms of enemies. It is similar in pacing to the bullet hell genre, where you must move quickly through these areas to clear them as fast as possible while avoiding being hit.

Enemy attacks can be very deadly and fast, so it’s important to be constantly on the move and be aware of your surroundings so you can act accordingly. When you finish a room you can move straight onto the next one without any interruption.

Check out this trailer for Cyber Hero Mission Runner below, which showcases some of the chaos you can expect from the game. 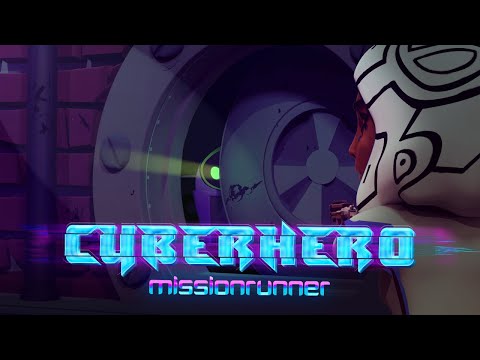 Each mission also gives you new features, skills and items to play with and use to raise the power of your hero. The game also allows you to upgrade everything, so you can experiment with new combinations and reach higher levels of power.

"It's been an amazing journey for us developing Cyber Hero Mission Runner, and after a short time in Early Access, we are now very excited about being able to present the full version to the whole world." says Raphael Wittgruber from Since Idea Games, which was founded in 2015 and spent four years raising money to fund the game’s development.

You can download Cyber Hero Mission Runner now from the Google Play for Android store, where it is a free to play game containing adverts.

If you enjoy playing mobile roguelikes and you own an Android phone, you may want to check out some of our favourites to play on Google Play.
Next Up :
Black Desert Mobile reveals new Drakania class alongside other major updates and announcements