In case you missed it, Mindgames Studios has announced the official launch of Crux: The Great Outdoors, the sequel to the hit mobile climbing game, Crux. As the original game was meant to be about climbing outside, the sequel now fulfils that goal by taking players out of the gym and into the outdoors.

Crux: The Great Outdoors features timing-based puzzles, flat shaded 3D and handcrafted levels that will put any mobile climber's skills to the test. You'll have to balance holding on for a certain amount of time with planning the best route to take.

“The response to the launch was at least one order of magnitude larger than we dared to hope for,” said Ben Dressler of MindGames about Crux. “We could quickly see that people wanted two things: Better route setting and harder problems to climb. So it was obvious that we needed to connect these players by handing people the tools to find and access each others’ routes and give feedback.” 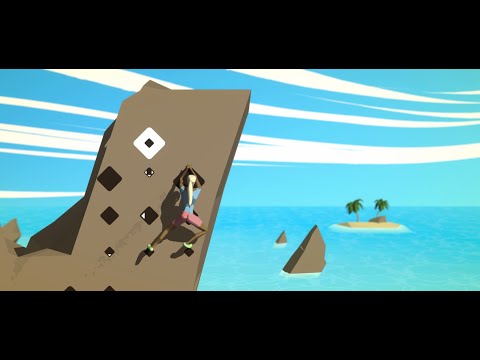 If you're eager to give the game a go and see if you've got what it takes, Crux: The Great Outdoors is now available to download on the iOS App Store and on the Google Play Store for Android devices. It's a premium title that costs $3.99 a pop or your local equivalent. You can also have a look at the embedded clip above to get a feel of the game's visuals, gameplay and soundtrack. You can head on over to the official website as well to stay updated on all the latest developments.

Are you on the lookout for more free titles that will put your skills to the test on your mobile device? Why not take a gander at our list of top 25 best free games to play on your iPhone, iPad or Android Phone in 2022?

Crux: The Great Outdoors review - "Looks can be deceiving'"

App Army Assemble: Crux: The Great Outdoors - "Should you scale this precision-based puzzler?"