Cross Summoner:R has opened up the doors to its beta test for Android players in the United Kingdom and Canada as well. This 2D anime-styled action RPG is actually a remake of a game released in 2014, titled Cross Summoner in Japan or Final Sky for the English ports. This remake brings with it tons of improvements, especially on the graphical front, and will allow more modern gamers to try out what was altogether a pretty good mobile RPG.

As for what changes exactly you can expect, there’s not too much to go over. The graphical fidelity has certainly been upped a good bit, as visuals seem a lot more engaging and less dated. The user interface has been updated as well, and seems to be a bit more minimalistic and less cumbersome. The combat also looks to be a bit easier now, featuring auto attacks and skill cooldowns rather than the original release where you’d simply have to tap your skills over and over again to do any noteworthy damage to enemies. 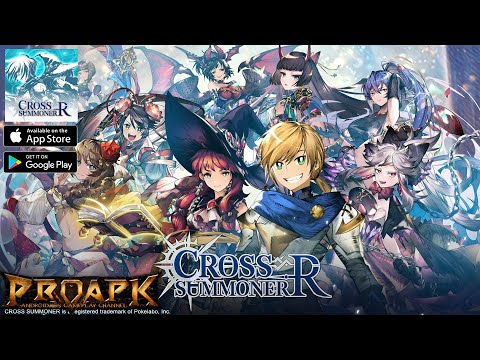 And for those of you who did not play the original release and are wondering what Cross Summoner even is, think of something like if Fatal Fury met Granblue Fantasy. It's a high-fantasy aesthetic but minus that turn-based gameplay, instead trading that for a combo-based action-oriented styled beat-em-up. It makes for a pretty unique system that is fairly rare and hard to really pin down, but that makes it so much more interesting. Cross Summoner was a bit of a hit upon launch way back when, so it’s exciting to see if it pops back into everyone’s regular rotation again.

Whether you're a veteran player of Cross Summoner or someone who hasn’t played it but would like to enjoy an engaging anime action game, Cross Summoner:R is perfect for you. If you’d like to download the open beta and give it a go, check out the Android link below and get started!

Looking for more anime-styled action in your pocket? Check out our Top 25 Android JRPGs!
Next Up :
Words With Friends celebrates "National Words With Friends Day” with in-game events and social media giveaways