Crimson Company, the popular Kickstarter-funded card game, is coming to iOS and Android this year

If you frequent Kickstarter in search of your next card game fix, you might well have spotted Crimson Company. The team originally asked for €1,000 to bring the project to life but ended up with over 32k – a crowdfunding success story if ever I've seen one.

The basic idea is that you'll face off against another player to take command of three castles. You'll assemble a ragtag army of mercenaries, merchants, and mythical creatures to claim what's yours and rule over the kingdom. 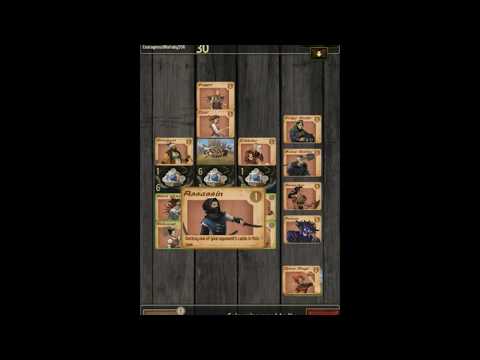 The original card game was actually designed with a mobile adaptation in mind, meaning the team has only had to make a few core adjustments to optimise the experience for on-the-go play. The digital version will, however, have some extra features, including a tricky tournament mode.

Here, each player will select 15 cards, which will then be shuffled together. Both players will have to use this combined deck, hopefully offering up a unique challenge that pushes even the most battle-hardened of pros out of their comfort zone.

The digital version's rounds are also structured differently. When a player gets a card, they'll play it instantly, even if it's their opponent's turn, making matches more direct and fast-paced. Adding to the intensity is the timer for each turn. You won't have long to make your move, so it's a game of both skill and quick thinking.

Also unlike the physical version, there's a focus on collecting cards as you continue to progress. Worry not, though, as the team's primary goal is to keep the game balanced, fair, and devoid of pay-to-win annoyances. Instead, there are plans to implement in-game ads that can be turned off by making a one-time purchase.

If you'd like to learn more about Crimson Company, I'd advise you to make a quick trip to the game's original Kickstarter page or its official site. The mobile adaptation is planned to launch for iOS and Android in Q3 2020.

Searching for some quality mobile board games? Here are 25 of the best for Android

Crimson Company: 5 reasons to play this unique card battler where winning isn’t all about lady luck