We had the chance to play a bit of it during a press event earlier this year, and found its gameplay to be every bit as fast and fun as you'd expect from a Crazy Taxi title.

But we had some questions.

Like, why weren't our ears being bombarded with Bad Religion or The Offspring? And who thought up this game, anyway?

After softening our tone somewhat, we caught up with one of the game's producer's - Sega's Stephen Yee - to get some inside information on what you can expect from City Rush.

Pocket Gamer: How involved was Crazy Taxi director Kenji Kanno in the development of City Rush?

Stephen Yee: He's very much involved. Kanno-san was actually the person who came up with the concept of trying something different. He wanted to expand the Crazy Taxi audience by attracting casual players and entering the mobile market.

So, he was very involved from the beginning. In fact, he made many trips to Hardlight Studio and gave comments and feedback. A lot of the game you're seeing now comes from his fine tuning.

Also, before the game will be launched (or even soft-launched), he'll have to give his approval. 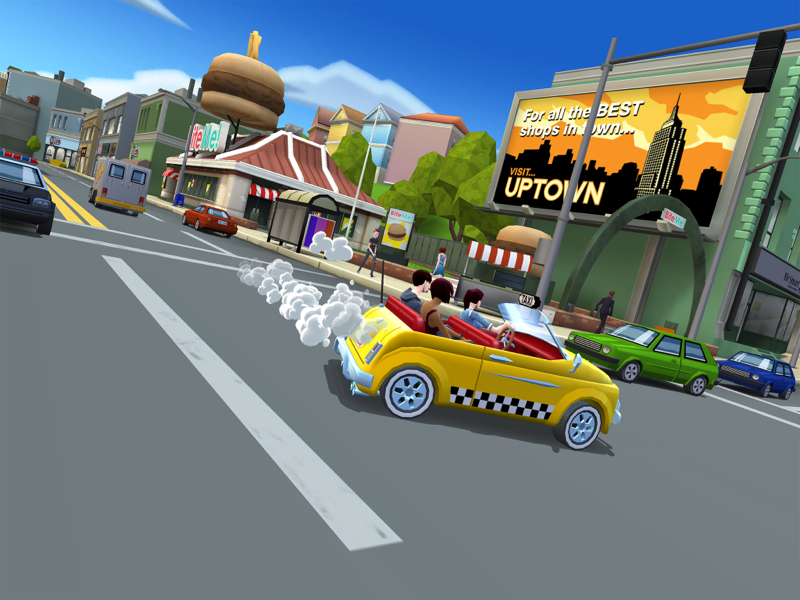 How important was the success of Crazy Taxi's mobile port to City Rush?

To our surprise, the mobile port of the game did really well. So, yes, you could say it played a pretty important role, because we knew the paying market was receptive to the Crazy Taxi brand.

What does City Rush offer that other instalments in the Crazy Taxi franchise haven't?

It should appeal to hardcore fans and casual fans alike, which is good for us given we're trying to expand our audience.

We've tried to get the controls just right so that both camps can enjoy it - this really sets it apart from other Crazy Taxi games.

About what do you think the hardcore fans will be most excited in City Rush?

We've carried over a lot of features from the original Crazy Taxi to this mobile version. For instance, there are a lot of crazy tricks and stunts in the game.

We also carried over the navigation arrows and, of course, ramming cars for the fun of it. You'll still need to focus on picking up passengers, too, though, so it's a Crazy Taxi game in every sense of the word. 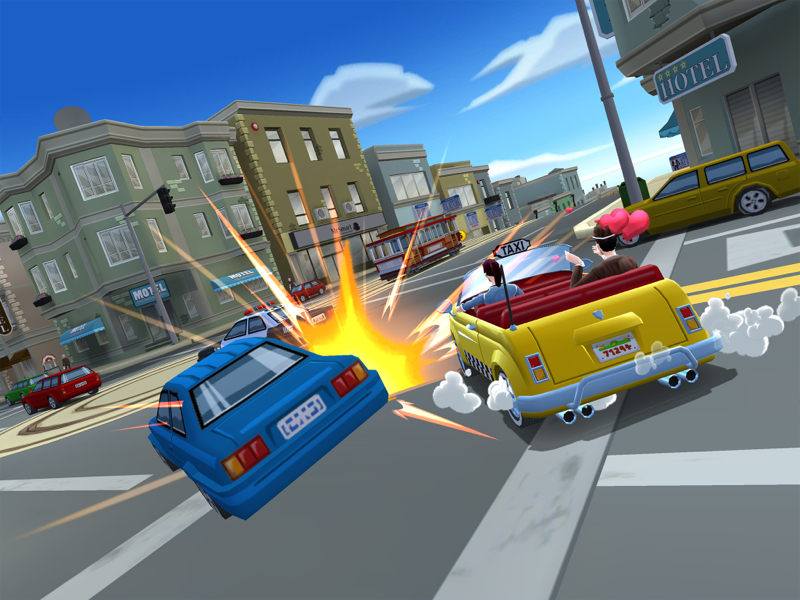 Licensed music was a bit draw for the original Crazy Taxi. Will that make a return on City Rush?

What we're doing with City Rush is letting players listen to whatever's on their iTunes playlists. So, they can definitely play the game to the sounds of The Offspring and Bad Religion if they have those bands on their devices.

We're also incorporating a lot of independent bands into City Rush, so the default music you'll hear when you play is all indie.

City Rush features social (Facebook) integration. How important is that to gameplay, and can players who don't want to bother with it switch it off?

Sure. If the players don't want to deal with the social part, they can go experience and play the game as is.

But we believe the social part is a big and integral part of the game. It means there's this whole new aspect to Crazy Taxi where you can see what your friends are doing.

For example, you can customise your car and you can visit a friend's garage and see what she's upgraded to.

We've also introduced a feature that enables you to clean your friends' cars. Furthermore, your friends will get a bit of a bonus when you do that. We're trying to incentivise players to be social.

Plus, friends you link up with through Facebook will appear on your map. This is a big part of the game, which runs off of an energy system. But when your energy / gas runs out, you can still play Friends Missions and continue playing the game without spending gas.

We're also looking to add a guild system into the game down the line. Here, you'll have factions of taxi companies that'll compete against one another. That should be really cool.

You can upgrade your cars in City Rush - will vehicle durability or damage be a factor in the game?

Vehicle damage will not be a part of the game.

When you upgrade, you'll increase the specs of your vehicle. As you progress through different districts, then, some missions will be quite difficult. Some upgrades, though, which aren't required, will make these much easier to complete.