The game, made by Sonic Dash developer Hardlight and Crazy Taxi creator Kenji Kanno, is an auto-driver where you dart through traffic, drift around corners, and take shortcuts to get your passengers to their destination.

Sure, it's not the game you remember (that's available here, for £2.99 / $4.99). But it's actually quite a lot of fun, and really captures the punchy arcade sensibility and colourful cartoon verve of the original. And it controls better on touch. 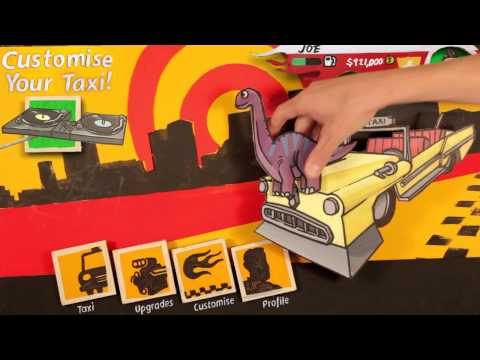 There are loads of different micro-sized missions to take on, and you can unlock or buy new bits to customise your cab. The game also has an energy system, but you can borrow a Facebook friend’s car to complete a mission if you run dry.

And while it doesn't have the classic soundtrack of the Dreamcast game, you can make a playlist in iTunes if you simply can't play Crazy Taxi without The Offspring and Bad Religion.

Crazy Taxi: City Rush is now available everywhere on the App Store, for free. Now, take me to Pizza Hut.