If you're a fan of slamming cabs into oblivious pedestrians, we've got some good news for you.

Developed by Hardlight Studio - a name you might recognise from Sonic Dash / Sonic Jump - the new Crazy Taxi outing goes back to the original's arcade roots and breaks up gameplay into short, timed missions.

If you do well on a mission - which involves picking up passengers and dropping them off as usual - you'll earn bonus time and points to keep your run going. Do poorly, and it's game over.

Crazy Taxi: City Rush incorporates many gameplay elements from the original game, like a hovering navigation arrow and the ability to do insane, death-defying stunts for points.

This time out, however, it's playable with one hand thanks to an innovative lane system.

A simple swipe switches to the left or right switches between lanes and a swipe downwards executes a James Bond-style u-turn. 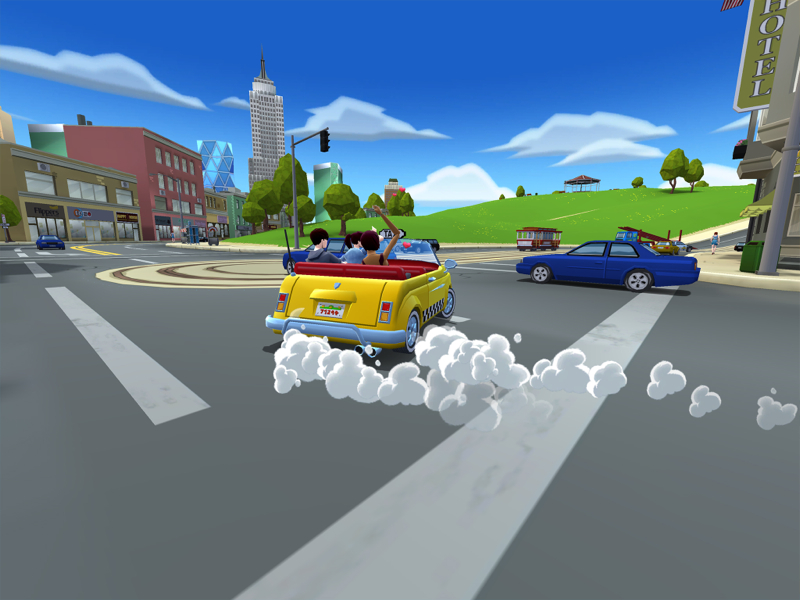 In addition to upgradable cabs and a stable of unlockable drivers for you to recruit, players can integrate with Facebook friends and do special 'Friend Map' missions that don't deplete their car's gas supplies.

Crazy Taxi: City Rush is due out for iOS and Android sometime later this year. To celebrate its announcement, Sega's dropped the price of the Pocket Gamer Bronze Award-winning Crazy Taxi to free on both the App Store and Google Play for a limited time.
Next Up :
Castlevania: Grimoire of Souls' latest update concludes the grimoire story while revealing some major secrets