Crazy Fairies is a cross-platform game built on the Unity 3D engine, and sends players to compete against one another in the form of deranged versions of fairy tale characters.

When the game was first announced, we thought its gameplay looked similar to Team 17's Worms. After viewing the launch trailer, we are now confident that it does.

While playing Crazy Fairies, a player may upgrade their weapons with the rewards earned from a successful fight – or they may spend hard money on an in-app purchase of weapons, skills, or items to speed up their progress.

For those of a more aesthetic bend, Crazy Fairies will also give players the opportunity to customise their character's virtual houses.

One interesting aspect of the game mentioned in the trailer is a 'live auction house', which appears to be a place where players can buy and sell in-game gear.

While it seems unlikely that players can 'cash out' in-game items for hard currency, it is nice to see that an obsolete weapon purchased with hard currency can still be recycled.

The iOS and Android versions of the game are expected later this year. 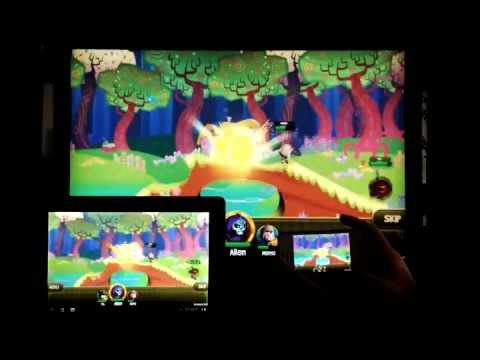 The Verge
Next Up :
Charlotte's Table is celebrating Valentine's Day with an update featuring new stories, levels, and rewards